Jaan Tallinn (born 14 February 1972) is an Estonian programmer, investor and trained physicist [2] known for his participation in the development of Skype [3] in 2002 and FastTrack/Kazaa, a file-sharing application, in 2000. [4]

Jaan Tallinn is partner and co-founder of the development company Bluemoon which created the game SkyRoads. [5]

Jaan Tallinn graduated from the University of Tartu in 1996 with a BSc in Theoretical Physics with a thesis that considered travelling interstellar distances using warps in space-time.

Tallinn founded Bluemoon in Estonia alongside schoolmates Ahti Heinla and Priit Kasesalu. Bluemoon's Kosmonaut became, in 1989 (SkyRoads is the 1993 remake), the first Estonian game to be sold abroad, and earned the company 5,000 USD. By 1999, Bluemoon faced bankruptcy; its founders decided to acquire remote jobs for the Swedish Tele2 at a salary of 330 USD each per day. The Tele2 project, "Everyday.com", was a commercial flop. Subsequently, while working as a stay-at-home dad, Tallinn developed FastTrack and Kazaa for Niklas Zennström and Janus Friis (formerly of Tele2). Kazaa's P2P technology was later repurposed to drive Skype around 2003. Tallinn sold his shares in Skype in 2005, when it was purchased by eBay. [6] [7]

In 2014, he invested in the reversible debugging software for app development Undo Software. [8] He also made an early investment in DeepMind which was purchased by Google in 2014 for $600 million. [9]

Tallinn participates in the effective altruism movement and donated $604,500 to the effective altruism associated Machine Intelligence Research Institute since 2015. [18] [19] [20] In addition, his initial donation, in 2012, when co-founding the Centre for the Study of Existential Risk was around $200,000. [7]

Tallinn strongly promotes the study of existential risk and has given numerous talks on this topic. [21] His main worries are related to artificial intelligence, unknowns coming from technological development, and biological risk. [22] [23] He believes humanity is not spending enough resources on long-term planning and mitigating threats that could wipe us out as a species. [24]

Kazaa Media Desktop started as a peer-to-peer file sharing application using the FastTrack protocol licensed by Joltid Ltd. and operated as Kazaa by Sharman Networks. Kazaa was subsequently under license as a legal music subscription service by Atrinsic, Inc. According to one of its creators, Jaan Tallinn, Kazaa is pronounced ka-ZAH. 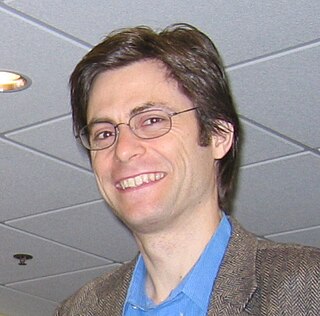 Max Erik Tegmark is a Swedish-American physicist and cosmologist. He is a professor at the Massachusetts Institute of Technology and the scientific director of the Foundational Questions Institute. He is also a co-founder of the Future of Life Institute and a supporter of the effective altruism movement, and has received donations from Elon Musk to investigate existential risk from advanced artificial intelligence.

Nick Bostrom is a Swedish philosopher at the University of Oxford known for his work on existential risk, the anthropic principle, human enhancement ethics, superintelligence risks, and the reversal test. In 2011, he founded the Oxford Martin Programme on the Impacts of Future Technology, and is the founding director of the Future of Humanity Institute at Oxford University. In 2009 and 2015, he was included in Foreign Policy's Top 100 Global Thinkers list.

The Machine Intelligence Research Institute (MIRI), formerly the Singularity Institute for Artificial Intelligence (SIAI), is a non-profit organization focused since 2005 on identifying and managing potential existential risks from artificial general intelligence. MIRI's work has focused on a friendly AI approach to system design and on predicting the rate of technology development. 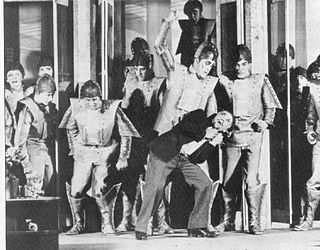 An AI takeover is a hypothetical scenario in which artificial intelligence (AI) becomes the dominant form of intelligence on Earth, with computers or robots effectively taking the control of the planet away from the human species. Possible scenarios include replacement of the entire human workforce, takeover by a superintelligent AI, and the popular notion of a robot uprising. Some public figures, such as Stephen Hawking and Elon Musk, have advocated research into precautionary measures to ensure future superintelligent machines remain under human control. Robot rebellions have been a major theme throughout science fiction for many decades though the scenarios dealt with by science fiction are generally very different from those of concern to scientists.

Elon Reeve Musk is an engineer and technology entrepreneur. He is a citizen of South Africa, Canada, and the United States and is the founder, CEO, and chief engineer/designer of SpaceX; CEO and product architect of Tesla, Inc.; founder of The Boring Company; co-founder of Neuralink; and co-founder and initial co-chairman of OpenAI. He was elected a Fellow of the Royal Society (FRS) in 2018. In December 2016, he was ranked 21st on the Forbes list of The World's Most Powerful People, and was ranked (co-)first on the Forbes list of the Most Innovative Leaders of 2019. He has a net worth of $34.8 billion and is listed by Forbes as the 40th-richest person in the world. He is the longest tenured CEO of any automotive manufacturer globally.

The Future of Humanity Institute (FHI) is an interdisciplinary research centre at the University of Oxford investigating big-picture questions about humanity and its prospects. It was founded in 2005 as part of the Faculty of Philosophy and the Oxford Martin School. Its director is philosopher Nick Bostrom, and its research staff and associates include futurist Anders Sandberg, engineer K. Eric Drexler, economist Robin Hanson, and Giving What We Can founder Toby Ord.

Jaan Kiivit Jr. was the Archbishop of the Estonian Evangelical Lutheran Church from 1994 until 2005.

GiveWell is an American non-profit charity assessment and effective altruism-focused organization. GiveWell focuses primarily on the cost-effectiveness of the organizations that it evaluates, rather than traditional metrics such as the percentage of the organization's budget that is spent on overhead.

Effective altruism is a philosophy and social movement that advocates using evidence and reasoning to determine the most effective ways to benefit others. Altruism refers to improving the lives of others—as opposed to egoism, which emphasizes only self-interest. Effectiveness refers to doing the most good with whatever resources are available—as opposed to only doing some amount of good—as well as determining what is the most good by using evidence and reasoning—as opposed to only doing what feels good or appears intuitively appealing.

The Centre for the Study of Existential Risk (CSER) is a research centre at the University of Cambridge, intended to study possible extinction-level threats posed by present or future technology. The co-founders of the centre are Huw Price, Lord Martin Rees and Jaan Tallinn.

MetaMed Research was a medical consulting firm aiming to provide high-end personalized medical research services. It was founded in 2012 by Michael Vassar, Jaan Tallinn, Zvi Mowshowitz, and Nevin Freeman with startup funding from Silicon Valley investor Peter Thiel. Metamed stated that its researchers were drawn from top universities, as well as prominent technology companies such as Google. 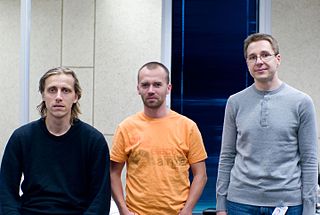 Priit Kasesalu is an Estonian programmer and software developer best known for his participation in the development of Kazaa, Skype and, most recently, Joost. He currently works for Ambient Sound Investments and lives in Tallinn, Estonia.

The Future of Life Institute (FLI) is a volunteer-run research and outreach organization in the Boston area that works to mitigate existential risks facing humanity, particularly existential risk from advanced artificial intelligence (AI). Its founders include MIT cosmologist Max Tegmark and Skype co-founder Jaan Tallinn, and its board of advisors includes entrepreneur Elon Musk.

Anthony Aguirre is a theoretical cosmologist. Aguirre is a professor and holds the Faggin Presidential Chair for the Physics of Information at the University of California, Santa Cruz. He is the associate director of the Foundational Questions Institute and is also a co-founder of the Future of Life Institute. In 2015, he co-founded the aggregated prediction platform Metaculus with Greg Laughlin. In 2019, he published the popular Physics book Cosmological Koans

Doing Good Better: How Effective Altruism Can Help You Make a Difference is a 2015 book by William MacAskill that serves as a primer on the effective altruism movement that seeks to do the most good. It is published by Random House and was released on July 28, 2015.

OpenAI is an independent research organization consisting of the for-profit corporation OpenAI LP and its parent organization, the non-profit OpenAI Inc. The corporation conducts research in the field of artificial intelligence (AI) with the stated aim to promote and develop friendly AI in such a way as to benefit humanity as a whole. Founded in late 2015, the San Francisco-based organization aims to “freely collaborate” with other institutions and researchers by making its patents and research open to the public. The founders are motivated in part by concerns about the existential risk from artificial general intelligence.

Effective Altruism Global, abbreviated EA Global, is a series of philanthropy conferences that focuses on the effective altruism movement. The conferences are run by the Centre for Effective Altruism at Oxford University. Huffington Post editor Nico Pitney described the events as a gathering of "nerd altruists", which was "heavy on people from technology, science, and analytical disciplines".