Judith Rodin (born Judith Seitz; September 9, 1944) is a philanthropist with a long history in U.S. higher education. She was the president of the Rockefeller Foundation from 2005 until 2017. [1] From 1994 to 2004, Rodin served as the 7th permanent president of the University of Pennsylvania, and the first permanent female president of an Ivy League university. [2] [3]

Rodin was born Jewish [4] [5] in Philadelphia, Pennsylvania. [6] She was the younger of two daughters of Morris and Sally Seitz. She graduated with honors from the Philadelphia High School for Girls and won an undergraduate scholarship to the University of Pennsylvania. [7] At Penn, Rodin majored in psychology and graduated from the University's College for Women with a B.A. in 1966. She was the president of Penn's Women's Student Government and led the groundwork for the merger with the Men's Student Government [8] that ultimately formed the Student Committee on Undergraduate Education (SCUE) in 1965 that led to the co-education of the College of Arts and Sciences. [9] She went on to earn a Ph.D. from Columbia University, which she received in 1970. Rodin also completed some postdoctoral research at the University of California at Irvine in 1971. [10]

After teaching briefly at New York University, Rodin became an associate professor at Yale University, where she was to become well known among students as a popular lecturer. [7] She held various professorial and other positions at Yale from 1972 to 1994, including dean of the Graduate School of Arts and Sciences, chair of the Department of Psychology, and provost.

In 1994, Rodin was appointed president of the University of Pennsylvania, becoming the first permanent female president of an Ivy League institution and the first graduate of the university to take on its highest leadership role. [7] Her immediate predecessor was Dr. Claire M. Fagin, who served in 1994 as Interim President. [11] As president, Rodin guided the university through a period of unprecedented growth and development that transformed Penn's academic core and dramatically enhanced the quality of life on campus and in the surrounding community. She encouraged revitalization in University City and West Philadelphia through public safety; the establishment of Wharton School alliances for small businesses; the development of buildings and streetscapes that turned outward to the community; and the establishment of a university-led partnership school, the Sadie Tanner Mossell Alexander University of Pennsylvania Partnership School. [12]

Under Rodin's leadership, Penn invigorated its resources, doubling its research funding and tripling both its annual fundraising and the size of its endowment. It also created Penn Medicine, the unified organization comprising the university's medical school and hospital; attracted record numbers of undergraduate applicants, creating Penn's most selective classes ever; and rose in the U.S. News & World Report rankings of top national research universities from 16th in 1994 to 4th in 2002. [13]

Rodin became president of the Rockefeller Foundation in March, 2005. Following the devastation of Hurricane Sandy in 2012, Rodin was appointed by New York Governor Andrew Cuomo to co-chair NYS 2100, [14] a commission charged with finding ways to improve the resilience and strength of the state's infrastructure in the face of natural disasters and other emergencies. [15] [16]

Rodin is on the Board of Directors of Trilogy Education Services, Citigroup and Comcast Corporation, where she served as the presiding director until 2006. [17] Rodin has also served on the boards of various corporations, including Aetna, Electronic Data Systems (EDS) and BlackRock. [18] She continues to serve as a trustee of the Brookings Institution.

Rodin is married to Paul R. Verkuil, a former president of the College of William and Mary, former dean of the Tulane University Law School and former CEO of the American Automobile Association. [19] Verkuil is a professor at the Benjamin N. Cardozo School of Law, where he served previously as dean. Rodin was previously married two other times, to Bruce Rodin and to Nicholas Neijelow, with whom she has a son. [7]

In 2003, Rodin was named to the PoliticsPA list of "Pennsylvania's Most Politically Powerful Women". [20] That same year, Rodin received the Philadelphia Award, given to "citizen[s] of the region who [have] done the most to advance the best and largest interest of the community." [21]

Rodin was named one of Crain's 50 Most Powerful Women in New York list three years in a row. [22] Rodin has also been recognized as one of Forbes Magazine's List of The World's 100 Most Powerful Women, [23] and the National Association of Corporate Directors' (NACD's) 2011 Directorship 100, in recognition of her work promoting the highest standards of corporate governance.

The Ivy League is an American collegiate athletic conference comprising sports teams from eight private universities in the Northeastern United States. The term Ivy League is typically used to refer to those eight schools as a group of elite colleges beyond the sports context. The eight members are Brown University, Columbia University, Cornell University, Dartmouth College, Harvard University, the University of Pennsylvania, Princeton University, and Yale University. Ivy League has connotations of academic excellence, selectivity in admissions, and social elitism.

The University of Pennsylvania is a private Ivy League research university in Philadelphia, Pennsylvania. Founded in 1740, it is one of the nine colonial colleges founded prior to the Declaration of Independence and the first institution of higher learning in the United States to refer to itself as a university. Benjamin Franklin, Penn's founder and first president, advocated an educational program that trained leaders in commerce, government, and public service, similar to a modern liberal arts curriculum. 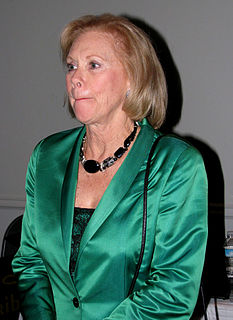 Marjorie "Midge" Osterlund Rendell is a Senior United States Circuit Judge of the United States Court of Appeals for the Third Circuit and a former First Lady of Pennsylvania. In 2003, she was named to the PoliticsPA list of "Pennsylvania's Most Politically Powerful Women". 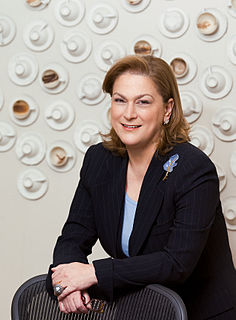 Güler Sabancı is a Turkish businesswoman, a third-generation female member of the Sabancı family, and the chairperson of the family-controlled Sabancı Holding, the second-largest industrial and financial conglomerate in Turkey. As of 2014, she is listed as the 60th most powerful woman in the world by Forbes, which first recognized her in 1999

Nance Dicciani is an American chemical engineer. She contributed significantly to the development of ultrasonic scanners for examining pregnant women with her doctoral dissertation, "Ultrasonically-Enhanced Diffusion of Macro Molecules in Gels." Her experience in chemistry and business have resulted in her achieving top positions in several companies, most recently Specialty Materials, a strategic business group of Honeywell. Forbes magazine has ranked her as one of The World's 100 Most Powerful Women.

Judith Schaechter is a Philadelphia-based artist known for her work in the medium of stained glass. Her pieces often use symbolism from stained glass and Gothic traditions, but the distorted faces and figures in her work recall a 20th century German Expressionist painting style and her subject matter is secular. Shaechter's work often involves images that might be considered disturbing such as death, disease, or violence. Early Schaechter pieces, for example, such as King of Maggots and Vide Futentes make use of memento mori, symbols of death found in church architecture during medieval times. 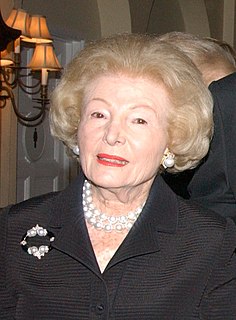 Leonore Cohn Annenberg, also known as Lee Annenberg, was an American businesswoman, diplomat, and philanthropist. She was noted for serving as Chief of Protocol of the United States from 1981 to 1982. Annenberg was married to Walter Annenberg, who was an Ambassador to the United Kingdom and newspaper publishing magnate. She also served as the chairman and president of the Annenberg Foundation from 2002 until 2009.

Risa J. Lavizzo-Mourey is an American doctor and executive who served as president and CEO of the Robert Wood Johnson Foundation from 2003 to 2017. She was the first woman and the first African-American to head the foundation, which has an endowment of about $8 billion and distributes more than $400 million a year. She has been named one of the 100 Most Powerful Women by Forbes several times, and one of The Grio's History Makers in the Making. She was elected a Member of the American Philosophical Society in 2016. 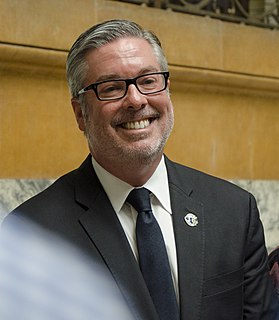 John Anderson Fry is the President of Drexel University and the former President of Franklin & Marshall College.

Barbara Hackman Franklin is an American government official, corporate director, and business executive. She served as the 29th U.S. Secretary of Commerce from 1992-1993 to President George H.W. Bush, during which she led a Presidential mission to China.

Phebe Novakovic is an American businesswoman and former intelligence officer. She serves as the Chairwoman and Chief Executive Officer of General Dynamics. As of 2018, she is listed as the world's 25th most powerful woman in business by Forbes. 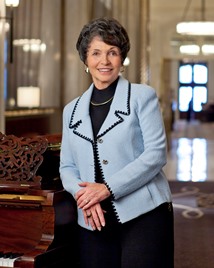 Joan Carter is an American businesswoman and philanthropist. She is President of UM Holdings Ltd. which she co-founded with John Aglialoro. Since 1973, UM Holdings has owned and operated a variety of business, primarily in the health and fitness industries. It was the owner of Cybex International and EHE International., both of which were sold in 2016. 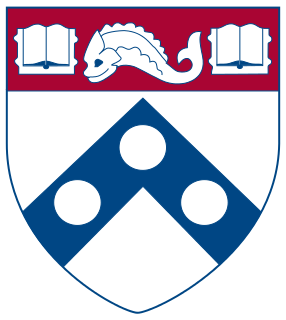