A least-concern species is a species that has been categorized by the International Union for Conservation of Nature (IUCN) as evaluated as not being a focus of species conservation because the specific species is still plentiful in the wild. They do not qualify as threatened, near threatened, or (before 2001) conservation dependent.

Species cannot be assigned the "Least Concern" category unless they have had their population status evaluated. That is, adequate information is needed to make a direct, or indirect, assessment of its risk of extinction based on its distribution or population status.

While "least concern" is not considered a red listed category by the IUCN, the 2006 IUCN Red List still assigns the category to 15636 taxa. The number of animal species listed in this category totals 14033 (which includes several undescribed species such as a frog from the genus Philautus [2] ). There are also 101 animal subspecies listed and 1500 plant taxa (1410 species, 55 subspecies, and 35 varieties). No fungi or protista have the classification, though only four species in those kingdoms have been evaluated by the IUCN. Humans qualify for this category, because they are highly abundant, and in 2008 were formally assessed [3] as such by the IUCN.

A conservation-dependent species is a species which has been categorised as "Conservation Dependent" ("LR/cd") by the International Union for Conservation of Nature (IUCN), i.e. as dependent on conservation efforts to prevent it from becoming vulnerable to endangerment. Such species must be the focus of a continuing species-specific and/or habitat-specific conservation programme, the cessation of which would result in the species qualifying for one of the threatened categories within a period of five years. 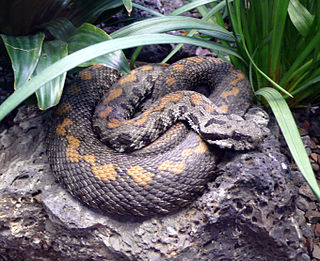 Montivipera raddei is a species of viper, a venomous snake in the subfamily Viperinae of the family Viperidae. The species is endemic to Armenia, Azerbaijan, Iran, Turkey, and possibly also Iraq. Two subspecies are recognized. 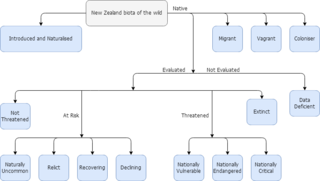