In biology, a taxon (back-formation from taxonomy ; plural taxa) is a group of one or more populations of an organism or organisms seen by taxonomists to form a unit. Although neither is required, a taxon is usually known by a particular name and given a particular ranking, especially if and when it is accepted or becomes established. It is very common, however, for taxonomists to remain at odds over what belongs to a taxon and the criteria used for inclusion. If a taxon is given a formal scientific name, its use is then governed by one of the nomenclature codes specifying which scientific name is correct for a particular grouping.

Initial attempts at classifying and ordering organisms (plants and animals) were set forth in Carl Linnaeus's system in Systema Naturae , 10th edition (1758), [1] as well as an unpublished work by Bernard and Antoine Laurent de Jussieu. The idea of a unit-based system of biological classification was first made widely available in 1805 in the introduction of Jean-Baptiste Lamarck's Flore françoise, and Augustin Pyramus de Candolle's Principes élémentaires de botanique. Lamarck set out a system for the "natural classification" of plants. Since then, systematists continue to construct accurate classifications encompassing the diversity of life; today, a "good" or "useful" taxon is commonly taken to be one that reflects evolutionary relationships. [note 1]

Many modern systematists, such as advocates of phylogenetic nomenclature, use cladistic methods that require taxa to be monophyletic (all descendants of some ancestor). Their basic unit, therefore, the clade is equivalent to the taxon, assuming that taxa should reflect evolutionary relationships. Similarly, among those contemporary taxonomists working with the traditional Linnean (binomial) nomenclature, few propose taxa they know to be paraphyletic. [2] An example of a long-established taxon that is not also a clade is the class Reptilia, the reptiles; birds and mammals are the descendants of animals traditionally classed as reptiles, but neither are included in the Reptilia (birds are traditionally placed in the class Aves, and mammals in the class Mammalia). [3]

The term taxon was first used in 1926 by Adolf Meyer-Abich for animal groups, as a back-formation from the word taxonomy; the word taxonomy had been coined a century before from the Greek components τάξις (taxis, meaning arrangement) and -νομία (-nomia meaning method). [4] [5] For plants, it was proposed by Herman Johannes Lam in 1948, and it was adopted at the VII International Botanical Congress, held in 1950. [6]

A taxonomic unit, whether named or not: i.e. a population, or group of populations of organisms which are usually inferred to be phylogenetically related and which have characters in common which differentiate (q.v.) the unit (e.g. a geographic population, a genus, a family, an order) from other such units. A taxon encompasses all included taxa of lower rank (q.v.) and individual organisms. [...]"

A taxon can be assigned a taxonomic rank, usually (but not necessarily) when it is given a formal name.

"Phylum" applies formally to any biological domain, but traditionally it was always used for animals, whereas "division" was traditionally often used for plants, fungi, etc.

Rank is relative, and restricted to a particular systematic schema. For example, liverworts have been grouped, in various systems of classification, as a family, order, class, or division (phylum). The use of a narrow set of ranks is challenged by users of cladistics; for example, the mere 10 ranks traditionally used between animal families (governed by the International Code of Zoological Nomenclature (ICZN)) and animal phyla (usually the highest relevant rank in taxonomic work) often cannot adequately represent the evolutionary history as more about a lineage's phylogeny becomes known.

In addition, the class rank is quite often not an evolutionary but a phenetic or paraphyletic group and as opposed to those ranks governed by the ICZN (family-level, genus-level and species-level taxa), can usually not be made monophyletic by exchanging the taxa contained therein. This has given rise to phylogenetic taxonomy and the ongoing development of the PhyloCode , which has been proposed as a new alternative to replace Linnean classification and govern the application of names to clades. Many cladists do not see any need to depart from traditional nomenclature as governed by the ICZN, International Code of Nomenclature for algae, fungi, and plants, etc. 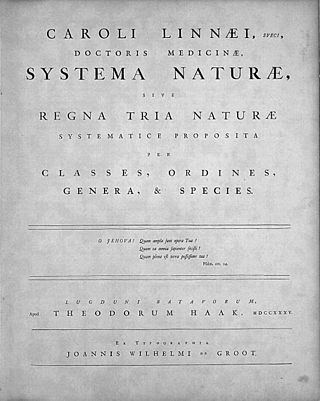 In taxonomy, binomial nomenclature, also called binominal nomenclature or binary nomenclature, is a formal system of naming species of living things by giving each a name composed of two parts, both of which use Latin grammatical forms, although they can be based on words from other languages. Such a name is called a binomial name, a binomen, binominal name or a scientific name; more informally it is also historically called a Latin name.

In biology, a kingdom is the second highest taxonomic rank, just below domain. Kingdoms are divided into smaller groups called phyla.

Family is one of the eight major hierarchical taxonomic ranks in Linnaean taxonomy. It is classified between order and genus. A family may be divided into subfamilies, which are intermediate ranks between the ranks of family and genus. The official family names are Latin in origin; however, popular names are often used: for example, walnut trees and hickory trees belong to the family Juglandaceae, but that family is commonly referred to as the "walnut family".

Order is one of the eight major hierarchical taxonomic ranks in Linnaean taxonomy. It is classified between family and class. In biological classification, the order is a taxonomic rank used in the classification of organisms and recognized by the nomenclature codes. An immediately higher rank, superorder, is sometimes added directly above order, with suborder directly beneath order. An order can also be defined as a group of related families.

The International Code of Phylogenetic Nomenclature, known as the PhyloCode for short, is a formal set of rules governing phylogenetic nomenclature. Its current version is specifically designed to regulate the naming of clades, leaving the governance of species names up to the rank-based nomenclature codes. 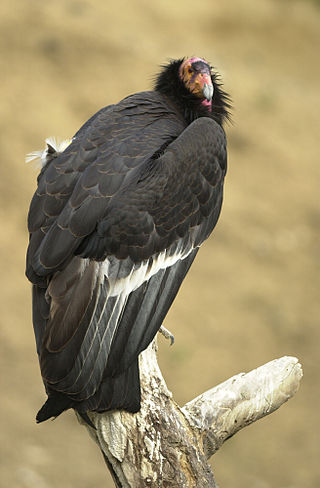 Incertae sedis or problematica is a term used for a taxonomic group where its broader relationships are unknown or undefined. Alternatively, such groups are frequently referred to as "enigmatic taxa". In the system of open nomenclature, uncertainty at specific taxonomic levels is indicated by incertae familiae, incerti subordinis, incerti ordinis and similar terms.

In zoological nomenclature, author citation refers to listing the person who first makes a scientific name of a taxon available. This is done in a scientific work while fulfilling the formal requirements under the International Code of Zoological Nomenclature. According to Article 51.1 of the Code, "the name of the author does not form part of the name of a taxon and its citation is optional, although customary and often advisable." However recommendation 51A suggests "the original author and date of a name should be cited at least once in each work dealing with the taxon denoted by that name. This is especially important and has a unique character between homonyms and in identifying species-group names which are not in their native combinations". For the sake of information retrieval, the author citation and year appended to the scientific name, e.g. genus-species-author-year, genus-author-year, family-author-year, etc., is often considered a "de facto" unique identifier, although this usage may often be imperfect.

In zoological nomenclature, the valid name of a taxon is the sole correct scientific name. The valid name should be used for that taxon, instead of any other name that may currently be being used, or may previously have been used. A name is valid when, and only when, it is in harmony with all the relevant rules listed in the International Code of Zoological Nomenclature (ICZN). A valid name is the correct zoological name of a taxon.

In biological classification, taxonomic rank is the relative level of a group of organisms in an ancestral or hereditary hierarchy. A common system consists of species, genus, family, order, class, phylum, kingdom, domain. While older approaches to taxonomic classification were phenomenological, forming groups on the basis of similarities in appearance, organic structure and behaviour, methods based on genetic analysis have opened the road to cladistics.