This is a list of law schools and law faculties in Canada .

Canada is mostly a common law jurisdiction. However, the province of Quebec uses the civil law system for private law matters.

Generally, entry into law programs in Canada is based primarily on a combination of the student's previous grades as well as, for English-language common-law programs, their score on the Law School Admission Test (LSAT). Factors such as specialized degrees, work experience, community involvement, personal character, extracurricular activities and references are sometimes taken into account, for which the Universities of Calgary, Windsor and McGill's holistic law school admissions are well known, but the LSAT remains far more determinative of admission than comparable standardized tests for other disciplines, such as the MCAT or GMAT. Quebec law schools, including the dual-curriculum, bilingual McGill University Faculty of Law, do not require applicants to write the LSAT, although any scores are generally taken into account; nor do the French-language common-law programs at the Université de Moncton École de droit and University of Ottawa Faculty of Law.

All of Canada's law schools are affiliated with public universities, and are thus public institutions. This practice has been held to have helped reduce disparities in the quality of students and instruction as between the schools.[ citation needed ] Since there is a limited number of positions in each law school's annual admissions, entry to all Canadian law schools is intensely competitive: most law schools receive far more applicants than they can accommodate. Most schools focus on their respective regions, and many graduates remain in the region in which the school is located, though the relatively uniform quality of the law schools affords greater geographic mobility to graduates.

After completing the Juris Doctor, LL.B., or B.C.L. , students must article for about a year (in Quebec, the six-month stage is the equivalent to articling); this can be a challenge for those with lower grades, as there are often a shortage of articling positions, and completion of articles is required to be able to practice law in Canada. Articling involves on-the-job training, at a lower introductory salary, under the supervision of a lawyer licensed by the Provincial Bar who has been practising for a minimum of 5 years. After ten to sixteen months of articling and call to the bar, lawyers are free to practice in their own right: many are hired by the same lawyer or firm for which they articled, while some choose to begin independent practices or accept positions with different employers. Others may leave the private practice of law to work in government or industry as a lawyer or in a law-related position.

Tax law or revenue law is an area of legal study which deals with the constitutional, common-law, statutory, tax treaty, and regulatory rules that constitute the law applicable to taxation.

Bachelor of Laws is an undergraduate law degree in England and most common law jurisdictions—except the United States and Canada—which allows a person to become a lawyer. It historically served this purpose in North America as well but was phased out in favour of the Juris Doctor degree. Bachelor of Laws is also the name of the law degree awarded by universities in Nigeria, Scotland, South Africa, Israel and Zambia. 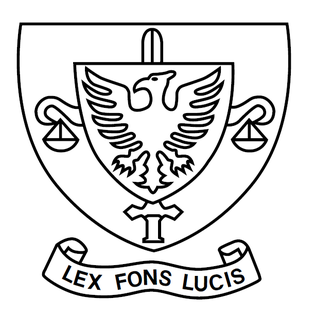 The Schulich School of Law is the law school of Dalhousie University in Halifax, Nova Scotia, Canada. Founded in 1883 as Dalhousie Law School, it is the oldest university-based common law school in Canada. It adopted its current name in October 2009 after receiving a $20-million endowment from Canadian businessman and philanthropist Seymour Schulich.

Legum Doctor is a doctorate-level academic degree in law, or an honorary doctorate, depending on the jurisdiction. The double "L" in the abbreviation refers to the early practice in the University of Cambridge to teach both canon law and civil law, with the double "L" itself indicating the plural. This contrasts with the practice of the University of Oxford, where the degree that survived from the Middle Ages is the DCL or Doctor of Civil Law (only).

Legal education in the United States generally refers to a graduate degree, the completion of which makes a graduate eligible to sit for an examination for a license to practice as a Lawyer. Around 60 percent of those who complete a law degree typically practice law, with the remainder primarily working in business or government or policy roles, where their degrees also confer advantages. 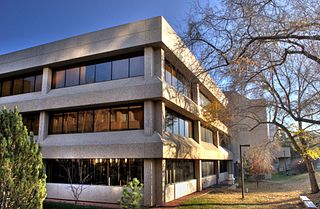 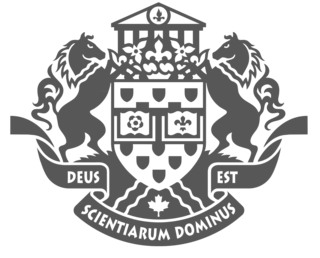 The University of Ottawa Faculty of Law is the law school at the University of Ottawa, located in Ottawa, Ontario, Canada, the nation's capital. Established in 1953, the Faculty is today divided into Civil Law and Common Law sections, the two formally recognized legal traditions in Canada. The faculty is very highly rated and maintains close links with the legal communities in Quebec, Ontario, and abroad. The Faculty of Law is also home to two highly respected bilingual law journals, one produced by the civil law section and the other produced by the common law section.

Université de Moncton Faculty of Law School in the world to offer a common law legal education taught entirely in French, the other being the University of Ottawa Faculty of Law. 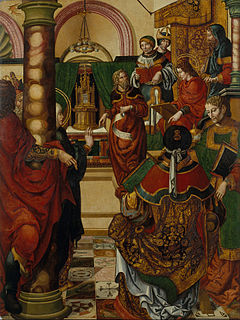 Doctor of Law or Doctor of Laws is a degree in law. The application of the term varies from country to country and includes degrees such as the Doctor of Juridical Science, Doctor juris, Doctor of Philosophy (Ph.D.), Juris Doctor (J.D.), and Legum Doctor (LL.D.).

The Bora Laskin Faculty of Law is the professional school of law of Lakehead University in Thunder Bay, Ontario, Canada.