Thompson Rivers University Faculty of Law is the school of law of Thompson Rivers University in Kamloops, British Columbia, Canada. It offers a three-year Juris Doctor degree accredited by the Federation of Law Societies of Canada. Its degree is recognized in all common law provinces and Territories in Canada and by other common law jurisdictions.

TRU Faculty of Law officially opened to students on September 6, 2011 with a first year class of 75 students and 10 faculty members. [1] The ceremonial opening was attended by several dignitaries, including the Honourable Chief Justice Lance Finch, former BC Attorney General Wally Oppal, Q.C., and CBA BC Chapter President Sharon Matthews, among many others. [2]

The Faculty of Law is currently housed in the third and fourth floor of the Old Main building of Thompson Rivers University. The two floors opened its doors in time for the admitting class of 2014-2015.

In 2014, the Faculty of Law was moved to the expanded and remodeled Old Main building. Old Main's revitalization was inspired by the region’s most prominent landmarks (notably Mt. Peter and Paul). It added 40,000 square feet of learning, library and student spaces. [3]

Affiliation with the University of Calgary

TRU Law adopted University of Calgary's Faculty of Law curriculum on May 1, 2010 in advance of its opening in Fall 2011. [4] According to former U of C Faculty of Law Dean Alastair Lucas, the U of C's focus on natural resources, energy, and environmental law is "uniquely suited to academic priorities at TRU and we are excited to provide them together with a program that focuses on practical legal skills instruction." [5]

TRU Law offers a traditional JD program, approved by the Federation of Law Societies of Canada. A mandatory first-year curriculum is followed by advanced legal study in upper years, which includes compulsory courses in Ethical Lawyering, Administrative Law, Civil Procedure and Business Associations. It also offers a broad array of electives including a number of very unique ones not offered elsewhere in Canada. [6]

The Faculty of Law also participates in the CBA BC Branch's student mentorship program. This program is designed to match law students with lawyers willing to share their experience and insight into the practice of law. [9]

The Thompson Rivers University Community Legal Clinic is the first student-staffed free legal clinic in the BC Interior. Students work under the guidance of 3 supervising lawyers to provide legal assistance and advice in a range of areas to those who would otherwise be unable to afford legal assistance. [10] 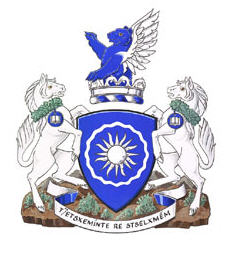 Thompson Rivers University is a public teaching and research university offering undergraduate and graduate degrees and vocational training. Its main campus is in Kamloops, British Columbia, Canada, and its name comes from the two rivers which converge in Kamloops, the North Thompson and South Thompson. The university has a satellite campus in Williams Lake, BC and a distance education division called TRU-Open Learning. It also has several international partnerships through its TRU World division. TRU is accredited by the Northwest Commission on Colleges and Universities (NWCCU) at the associate, baccalaureate, and master's degree levels.

Wallace Taroo "Wally" Oppal, is a Canadian lawyer, former judge and provincial politician. Between 2005 and 2009, he served as British Columbia's Attorney General and Minister responsible for Multiculturalism, as well as Member of the Legislative Assembly of British Columbia for the riding of Vancouver-Fraserview as part of the BC Liberals.

The University of Western Ontario Faculty of Law, branded as Western Law since 2011, is the law school of Western University in London, Ontario, Canada. Founded in 1959, its first Dean was former Supreme Court of Canada justice, the Honourable Ivan Cleveland Rand, who saw the school as developing "in the minds of its students the habit of thinking in terms of the dynamic tradition, in the broadest sense, of our law." The current Dean of Law is Erika Chamberlain, former clerk to Supreme Court Justice John C. Major, who began her tenure in May 2017.

The Information Society Project (ISP) at Yale Law School is an intellectual center studying the implications of the Internet and new information technologies for law and society. The ISP was founded in 1997 by Jack Balkin, Knight Professor of Constitutional Law and the First Amendment at Yale Law School. Jack Balkin is the director of the ISP.

The Robson Hall Faculty of Law is the law school of the University of Manitoba located in Winnipeg, Manitoba, Canada. It is on the university's Fort Garry campus.

The Faculty of Law is a faculty of the University of Windsor in Windsor, Ontario, Canada. The first class of students matriculated in 1968, and the current building was opened in 1970. The Faculty has grown immensely over the past 50 years, increasing its national profile through its innovations in research and from thousands of alumni across Canada and the world. The 2017 endowment to the Faculty of Law was $10.2 million. The Faculty is also the current academic host institution of the Canadian Bar Review (CBR), the most frequently cited journal by the Supreme Court of Canada. In 2018, the Faculty of Law was ranked the 5th best law school in Canada by Canadian Universities magazine.

Antioch School of Law was a law school in Washington, D.C. which specialized in public advocacy. The school now operates as the University of the District of Columbia David A. Clarke School of Law (UDC-DCSL).

A. Boyd Ferris, was a Canadian lawyer practising in Vancouver, British Columbia. He served as president of the British Columbia branch of the Canadian Bar Association, and then as the national president of the CBA. He was also active in politics, being a major supporter of Pierre Trudeau in his campaign for the leadership of the Liberal Party of Canada, and in the 1968 general election.

The Open Learning Institute of British Columbia (OLI) was a single mode, distance education post-secondary provincial institute in Canada, created in 1978 by the Government of British Columbia. Its mandate was to improve access to higher education across the province by means of distance education and other open learning methods. Inspired in part by the UK Open University model, it used a combination of print-based courses, audiovisual media and telephone tutoring to offer courses up to the baccalaureate degree level. In 1988, it was subsumed in part as the BC Open University under the new Open Learning Agency (OLA). In 2005 it was amalgamated as the Open Learning Division with the newly designated Thompson Rivers University in Kamloops (TRU), BC. TRU was formerly known as the University College of the Cariboo.