The Bora Laskin Faculty of Law is the professional school of law of Lakehead University in Thunder Bay, Ontario, Canada.

Ontario is one of the 13 provinces and territories of Canada. Located in Central Canada, it is Canada's most populous province, with 38.3 percent of the country's population, and is the second-largest province in total area. Ontario is fourth-largest jurisdiction in total area when the territories of the Northwest Territories and Nunavut are included. It is home to the nation's capital city, Ottawa, and the nation's most populous city, Toronto, which is also Ontario's provincial capital.

Lakehead University's Bora Laskin Faculty of Law officially opened in September 2013. Its founding dean was Lee Stuesser. [2] It was the first Canadian law program to integrate licensing into its curriculum, meaning its graduates are qualified to practice law without requiring an articling process. [3] The Bora Laskin Faculty of Law is one of only two law schools in Canada that has a mandatory, full year course in Aboriginal Law, as recommended by Canada's Truth and Reconciliation Commission (TRC) in 2015. [4] Its founding was endorsed by the Nishnawbe Aski Nation of Northern Ontario, because of its support for studying Indigenous law. [5] 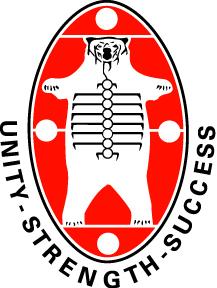 Nishnawbe Aski Nation is a political organization representing 49 First Nation communities across Treaty 9 and Treaty 5 areas of Northern Ontario, Canada. Re-organized to its present form in 1981, NAN's original objective was "to represent the social and economic aspirations of our people at all levels of government in Canada and Ontario until such time as real effective action is taken to remedy our problems."

In 2015, Lee Stuesser left the faculty as Founding Dean, [6] and was replaced by interim Dean Lisa Phillips of Osgoode Hall, while a permanent replacement Dean was sought. [7]

On January 12, 2016, the Bora Laskin Faculty of Law announced Angelique EagleWoman, an Indigenous law scholar, as the new Dean of Law. [5] [8] Her tenure, which began in May 2016, made her the first Indigenous law dean in Canada. Her appointment welcomed by the Indigenous legal community, including the Indigenous Bar Association. In April 2018, EagleWoman decided to resign her position by June 2018, citing systemic racism in the law school. [5] [9]

Angelique EagleWoman ; born 1969 is a Dakota law professor and scholar of Indigenous law. She is a citizen of the Sisseton-Wahpeton Dakota Oyate of the Lake Traverse Reservation. EagleWoman was the Dean of the Bora Laskin Faculty of Law at Lakehead University in Thunder Bay, Ontario, Canada from 2016 until she stepped down in June 2018, citing issues of systemic racism leading to constructive dismissal. She filed a civil suit against the university in November, 2018, claiming $2.67 million for lost wages, human rights violations as an Indigenous woman, and "harm to dignity". "In a statement of claim filed in Ottawa, EagleWoman alleges she experienced ongoing micro-management, a failure on the university to provide her with the resources and support needed to carry out the law school’s mandate, a lack of support with managing faculty and a hostile work environment." Further, "EagleWoman added that her abilities to lead the law school were continually undermined by the school's senior administration as they regularly made decisions about the law school without consulting her." During the 2017-2018 academic year, EagleWoman taught all of the first year students in two sections of the mandatory Indigenous Legal Traditions fall course and taught the entire second year class of students in the mandatory Aboriginal Legal Issues course to ensure that the courses were taught by an Indigenous legal academic.

On June 1, 2018, EagleWoman was succeeded on an interim basis by George P. Smith, a supernumerary judge of the Ontario Superior Court of Justice based in Thunder Bay who took leave from the bench. [10] [11] Smith, a seventeen year veteran on the bench, had served for three years on the Specific Claims Tribunal adjudicating Indigenous damage claims against the government and had authored two volumes meant to guide judges on Indigenous law. [11] In September 2018, Smith left as interim dean, two months before what had been planned. The same month, a conduct review was launched by the Canadian Judicial Council against Smith, to examine whether taking the role meant that Smith violated council guidelines by becoming involved in a situation likely to result in litigation and therefore reduce public confidence in the justice system. [12] [13] After a finding that Smith had engaged in misconduct, the council referred the matter to a council to determine a sanction, but Smith filed for judicial review with the Federal Court, arguing that the council had acted unreasonably. [11] Smith was replaced as interim dean by David Barnett, the university's acting provost and academic vice-president. [1]

A supernumerary judge or supernumerary magistrates is a judge who has retired from their full-time position on a court, but continues to work on a part-time basis. Generally, when a judge becomes supernumerary a vacancy is created, and the appropriate person or body may subsequently make a new appointment to that Court. 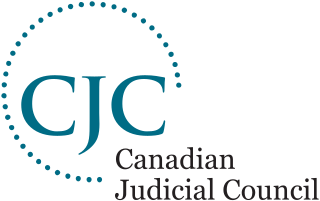 The Canadian Judicial Council is a federal body which oversees federal judges in Canada.

Port Arthur Collegiate Institute was a collegiate institute operated by the Lakehead District School Board in Thunder Bay, Ontario from 1910 to 2007. The building was designated a historic building in 1984 and is located at the west end of Waverly Park. The school's teams were named "PACI Redmen". Its amenities included a gymnasium, a 200-seat theatre, a large library and a modern music room. The building was granted Historical Heritage Site status in 1983, and was transferred to Lakehead University in 2008. After extensive renovations, the building will become home to Lakehead's new Faculty of Law, welcoming its inaugural class in September 2013.

The Bora Laskin Faculty of Law is one of only a few Canadian law schools, in addition to Windsor Law and Thompson Rivers Law School, that does not publish a profile on the entering class. The school chooses not to publish the average or median LSAT score or GPA (Grade Point Average) for the entering class. [15] [16]

On November 21, 2013, the Convocation of the Law Society of Upper Canada (LSUC) made an historic announcement that Lakehead University was successful in its innovative application to proceed with an Integrated Practice Curriculum (IPC) model of legal education. Students enrolled in the three year JD program at Lakehead will complete integrated practice training and do placements within their three-year degree. Upon completion of their JD degree Lakehead graduates will not need to article or complete any other course of study. [17]

The Lakehead Law Journal is a refereed open access journal that publishes articles, case comments, book reviews, and book notes on legal issues in Canada. It is run by both Bora Laskin Faculty of Law students, as well as co-edited by Professors Karen Drake [19] and Dr. Mariette Brennan [20] as co-Editors in Chief, and focusses particularly on Aboriginal legal issues, rural, northern, and small firm practice, as well as natural resources and environmental law.

Bora Laskin, was a Canadian lawyer, academic and judge. He served on the Supreme Court of Canada for fourteen years, including a decade as the 14th Chief Justice of Canada.

Saul Laskin was a Canadian politician. He was the first mayor of the City of Thunder Bay, Ontario. 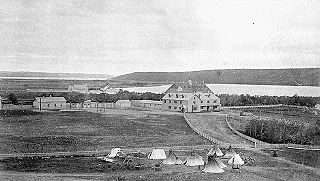 In Canada, the Indian residential school system was a network of boarding schools for Indigenous peoples. The network was funded by the Canadian government's Department of Indian Affairs and administered by Christian churches. The school system was created for the purpose of removing Indigenous children from the influence of their own culture and assimilating them into the dominant Canadian culture, "to kill the Indian in the child." Over the course of the system's more than hundred-year existence, about 30 per cent of Indigenous children were placed in residential schools nationally. The number of school-related deaths remains unknown due to an incomplete historical record, though estimates range from 3,200 upwards of 6,000.

EleanorJoan 'Dusty' Miller, was a Canadian politician who served as the first female mayor of Thunder Bay, Ontario from 1978 until the end of 1980 when she was defeated. Miller was married to Lakehead University history professor Tom Miller. The couple was very active in the University community, and they along with other community members pushed for the school to offer degrees. Before her political activity, she was active in community theater. She is a member of the Order of Ontario. She died on February 14, 2012.

David Asper is a Canadian lawyer and businessman. Asper is the son of Canwest founder Izzy Asper, and is now the head of his family's namesake charitable foundation. As a lawyer, he served on David Milgaard's legal team that overturned his wrongful conviction and later became a professor. As of April 2017, he is the chair of the Winnipeg Police Board.

Harry William Arthurs, is a Canadian lawyer, academic, and academic administrator. He is one of Canada's leading labour law scholars.

Nashville School of Law, is a private law school that offers a legal education for non-traditional, part-time, working professionals and others seeking a law degree. The school was founded in 1911 and its faculty includes practicing lawyers and judges from across the state of Tennessee.

Dr. Penny Serafina Petrone was a Canadian writer, educator, patron of the arts, and philanthropist.

Calvin Murray Sinclair is a member of the Canadian Senate and First Nations lawyer who served as Chairman of the Indian Residential Schools Truth and Reconciliation Commission from 2009 to 2015. He previously served as a judge in Manitoba from 1988 to 2009, being the first Aboriginal judge appointed in the province. Sinclair was appointed to the Senate of Canada on April 2, 2016.

The Truth and Reconciliation Commission of Canada was a truth and reconciliation commission active in Canada from 2008 to 2015, organized by the parties of the Indian Residential Schools Settlement Agreement. The Commission was officially established on June 2, 2008 with the purpose of documenting the history and lasting impacts of the Canadian Indian residential school system on Indigenous students and their families. It provided residential school survivors an opportunity to share their experiences during public and private meetings held across the country. The TRC emphasizes that it has a priority of displaying the impacts of the residential schools to the Canadians who have been kept in the dark from these matters.

Lisa Philipps is the provost and vice-president academic of York University.

Renu Mandhane was appointed by the Ontario Liberal Government as Chief Commissioner of the Ontario Human Rights Commission in October 2015. Mandhane grew up in Calgary, Alberta and is the daughter of immigrants from India.