Love Grenade is the 13th solo studio album by American rock and roll musician Ted Nugent. It was released on September 4, 2007. It was recorded at DRS Studios in Waco, Texas. Sales figures, however, have been low, with the album only selling 360,000 copies in its first week, landing it at No. 186 on the Billboard 200. [1]

Theodore Anthony Nugent is an American singer-songwriter, guitarist and political activist. Nugent initially gained fame as the lead guitarist of The Amboy Dukes, a band formed in 1963 that played psychedelic rock and hard rock. After playing with the Amboy Dukes, he embarked on a solo career. Nugent's trademark guitar is a Gibson Byrdland and he is noted for his bluesy and frenzied guitar playing as well as his energetic live shows. 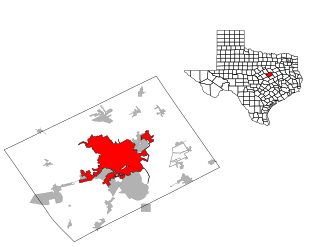 Waco is a city in central Texas and is the county seat of McLennan County, Texas, United States. It is situated along the Brazos River and I-35, halfway between Dallas and Austin. The city had a 2010 population of 124,805, making it the 22nd-most populous city in the state. The 2018 US Census population estimate is 138,183 The Waco Metropolitan Statistical Area consists of McLennan and Falls Counties, which had a 2010 population of 234,906. Falls County was added to the Waco MSA in 2013. The 2018 US Census population estimate for the Waco MSA is 271,942.

The album features of new version of the song "Journey to the Center of the Mind", a hit for Nugent's 1960s group The Amboy Dukes. 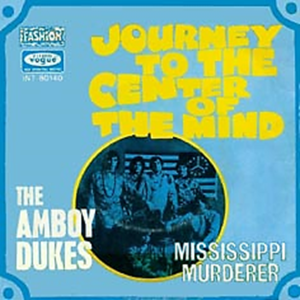 The pre-release cover art drew some controversy, as it depicts a naked woman bound and bent over on a large platter, with a grenade in her mouth. Eagle Records pulled the planned cover, and instead released a milder design featuring a hand grenade with a pink ribbon affixed. [2]

Critical reception of the album was mixed to negative. Stephen Thomas Erlewine of AllMusic declared the album "sterile" and representing "the same old hard rock that Nugent has been cranking out for over three decades now, and it sure sounds like he's been doing it that long, as the riffs are recycled, the production is too clean, and the performances too professional." [3] 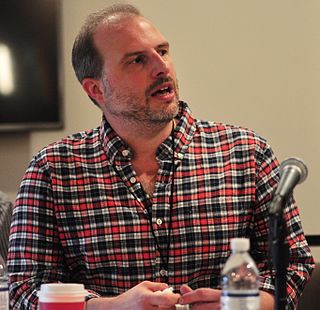 Stephen Thomas "Tom" Erlewine is an American music critic and senior editor for the online music database AllMusic. He is the author of many artist biographies and record reviews for AllMusic, as well as a freelance writer, occasionally contributing liner notes. 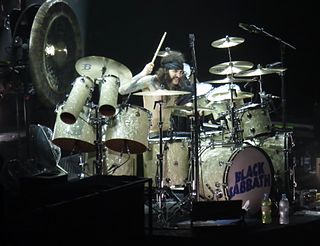 Tommy Clufetos is an American session drummer most noted for his work with Black Sabbath during their Black Sabbath Reunion Tour, which highlighted their new album 13. He also toured with them on their final tour. He is also the drummer for Black Sabbath vocalist Ozzy Osbourne. 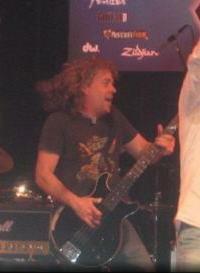 Jack Martin Blades is an American musician. He has worked in several bands: Rubicon, Night Ranger, and Damn Yankees. He also recorded with Tommy Shaw under the name Shaw Blades, and has done work alongside the Tak Matsumoto Group. His most recent efforts include a second solo CD. He is also a member of the band Revolution Saints. 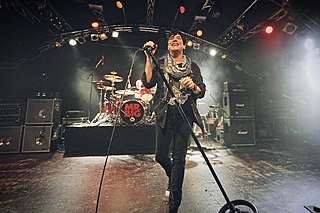 Eric Lee Martin is an American rock singer/musician active throughout the 1980s, 1990s, and 2000s both as a solo artist and as a member of various bands. He earned his most prominent success as the frontman for the hard rock band Mr. Big, a supergroup who scored a big hit in the early 1990s with "To Be with You," a song that Martin wrote during his teen years.

William Eric Evankovich is an American singer/songwriter and producer from Santa Rosa, California, best known for his performances with The Guess Who, Production/Writing/Performance on Styx' "The Mission", and rock duo Shaw Blades and for his co-production of Tommy Shaw's 2011 debut bluegrass album The Great Divide.

Damn Yankees were an American rock super group formed in 1989 consisting of Tommy Shaw of Styx, Jack Blades of Night Ranger, Ted Nugent of The Amboy Dukes and Michael Cartellone. 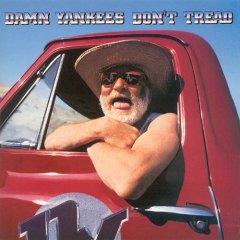 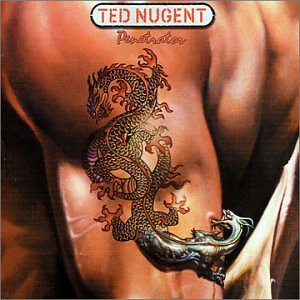 Penetrator is the eighth studio album by American hard rock guitarist Ted Nugent. The album was released in January 1984, by Atlantic Records. 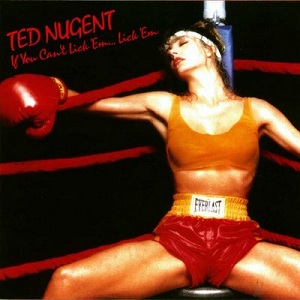 If You Can't Lick 'Em...Lick 'Em is the tenth studio album by American hard rock guitarist Ted Nugent. The album was released in February 1988, by Atlantic Records. The album reached No. 112 in the Billboard 200 US chart.

Spirit of the Wild is the eleventh studio album by American hard rock musician Ted Nugent. The album was released in May 1995, by Atlantic Records. The album was produced by Michael Lutz for M.E. Productions and Ted Nugent, and engineered by Jim Vitti and Lutz. 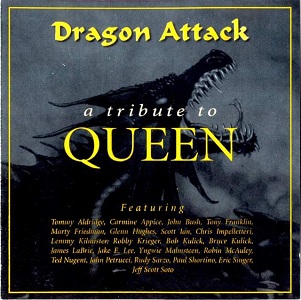 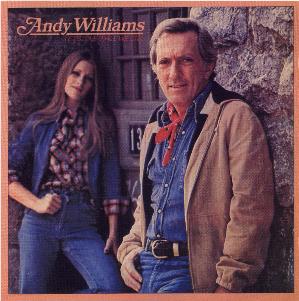 Let's Love While We Can is the thirty-seventh studio album by American pop singer Andy Williams, released in the U.K. in 1980 by CBS Records. For this project Williams eschews covering well-known pop hits and standards and relies mostly on original or lesser-known country songs.

Shutup & Jam! is the 14th studio album by American guitarist and singer Ted Nugent. The album was released on 7 July 2014 in the United Kingdom and 8 July 2014 in the United States. It features a guest appearance by Sammy Hagar on the song "She's Gone", and is his first studio album since 2007's Love Grenade. The album was released on CD, red 12 inch vinyl, as well as digital download. This is the last album to feature drummer Mick Brown.

Life Journey is an album by singer, multi-instrumentalist and songwriter Leon Russell. Produced by Tommy LiPuma, the album was released on April 1, 2014, Leon's 37th album. Elton John was the Executive Producer of the Life Journey album. The album was recorded in 2013 and 2014. In Leon's Life Journey Leon renewed his song writing after is 2010 collaboration album with Elton John, The Union. Leon has two original songs on the album Big Lips and Down in Dixieland. Rock critic Nick DeRiso wrote: "Nothing quite matches Russell interpreting Russell, as heard on Big Lips — which also features Chris Simmons on slide, Abe Laboriel Jr. on drums and Willie Weeks on bass." AllMusic Reviewer, Stephen Thomas Erlewine, wrote about the album: "This small list suggests how Life Journey touches upon much of the music Russell has sung over the years -- it's heavy on R&B, blues, jazz, and swing, but strangely lacking in much country." AllMusic rated the Life Journey album as one of the Best of 2014. Clayton-Hamilton Jazz Orchestra played on Georgia On My Mind, I Got It Bad & That Ain’t Good, and New York State Of Mind.