Derek St. Holmes (born February 24, 1953) is an American musician, best known as the vocalist and rhythm guitar player for Ted Nugent's early solo career. After splitting from Nugent in 1978, St. Holmes worked with various artists, most notably the Whitford/St. Holmes project with Brad Whitford, who had recently parted ways with Aerosmith.

St. Holmes was born and raised in Riverview, Michigan, a suburb of Detroit. He received his first guitar for his eleventh birthday. He started his own neighborhood band, The Organized Confusion, and also played for high school dances.

In 1974, Derek's band, "Scott", opened for an Amboy Dukes show at the Lincoln Park Theater. The Amboy Dukes and their guitar player Ted Nugent had already recorded several albums and were a staple of the Midwest rock scene at the time. When the Amboy Dukes broke up, Nugent's road manager (Phil Nicholson) contacted St. Holmes about auditioning for Nugent's project as lead singer.

In 1979 Derek joined up with Ted Nugent's bass player Rob Grange, ex-Montrose drummer Denny Carmassi to form St. Paradise. They released one self-titled album for Warner Brothers in 1979 before moving on to other musical careers. In 1981, he teamed up with Aerosmith guitarist Brad Whitford for the short-lived Whitford/St. Holmes Band.

In 1983, St. Holmes joined the Michael Schenker Group for its 1983 release "Built To Destroy", and also contributed to the live follow-up, "Rock Will Never Die".

In 2000, St. Holmes released Then and Now, a collection of many St. Holmes' rock material. Bassist Chase Chitty (Pat Travers Band), drummer Steve Pace (Hydra, Krokus, Whitford/St. Holmes) and keyboardist Russ Still accompany St. Holmes with songs such as "Standing in the Rain", "Dr. Love" and "Surrounded", and the energy rocker "In Too Deep".

On August 24, 2008 he joined Ted Nugent on stage at Capital One Bank Theatre at Westbury in Westbury, New York. He sang and played guitar with Ted Nugent on "Hey Baby", "Just What The Doctor Ordered", "Dog Eat Dog", "Stormtroopin", "Cat Scratch Fever" and "Stranglehold".

Derek has re-recorded some famous Aerosmith songs for a special promotion, and is making them available in MP3 format. Derek's versions are available online on his website.

Derek sang in the Paul Reed Smith Band, co-writing songs including "One in the Same" and "Ice Cold Kisses". The eponymous CD was released in June 2010, [1] with a second album (Time to Testify) slated for release February 17, 2017.

On December 27, 2008, St. Holmes was a special guest at a Get The Led Out concert at Ram's Head Live in Baltimore, MD. He played guitar for "Rock and Roll", then sang and played "Stranglehold" (Ted Nugent). St. Holmes is actually the voice heard in the track recording. He also performed "Stranglehold" with Get the Led Out at the Nokia in New York City on March 7, 2009 and again in Baltimore on May 15, 2010.

In 2010, Derek participated in a tribute album titled Mister Bolin's Late Night Revival, a compilation of 17 previously unreleased tracks written by guitar legend Tommy Bolin prior to his death in 1976. The CD includes other artists such as HiFi Superstar, Doogie White, Eric Martin, Troy Luccketta, Jeff Pilson, Randy Jackson, Rachel Barton, Rex Carroll, Kimberley Dahme, and The 77's. A percentage of the proceeds from this project will benefit the Jackson Recovery Centers. [2]

He toured again with Nugent from 2011 to 2014. Whitford/St. Holmes reunited for a 2015 tour, and the follow-up CD Reunion was sold at these shows.

Also in 2014, Derek announced that Gibson would release a signature guitar in his name later in the year. The guitar is a white Gibson SG custom with an ebony fingerboard and three humbucker pickups. The guitar is fitted with a vibrola.

Derek is known for playing a variety of guitars throughout his career, including Fender Stratocasters, Gibson Les Pauls, PRS Guitars, and various Gibson hollow-bodies.

2001 Various Artists Welcome to the Aerosmithsonian: A Tribute to Aerosmith (Perris Records) 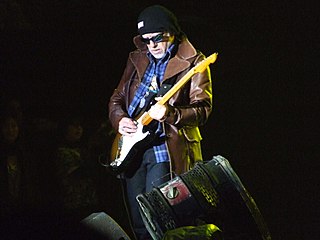 Hydra is an American Southern rock band founded in the late 1960s by Spencer Kirkpatrick (guitar), Wayne Bruce, Steve Pace (drums) and Orville Davis (Bass). In 1977, it became a three-piece band and the band broke up later that year. It released three albums, Hydra (1974), Land of Money (1975) and Rock the World (1977). In 2005, the band reunited for two shows. A live album, Hydra: Live After All These Years was released. 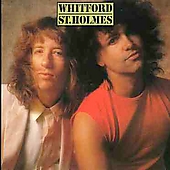