Michael Hills (born 22 January 1963) is a retired British flat racing jockey. He is twin brother to Richard Hills and their father is racehorse trainer Barry Hills. Michael has a series of hobbies, such as darts and snooker, he also breeds Canaries and Finches Michael is sponsored by Carraig Insurance. 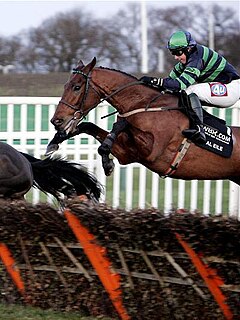 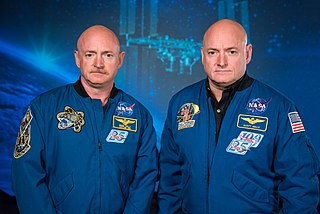 Twins are two offspring produced by the same pregnancy. Twins can be either monozygotic ('identical'), meaning that they develop from one zygote, which splits and forms two embryos, or dizygotic ('fraternal'), meaning that each twin develops from a separate egg and each egg is fertilized by its own sperm cell.

Michael is happily married to Chris Hills and has a daughter- Samantha Hills who works for RacingBreaks.com - Racing Days and Hotel Stays. Chris is Australian and the Racing secretary at Rebel Racing. [ citation needed ]

The Gold Cup is a Group 1 flat horse race in Great Britain open to horses aged four years or older. It is run at Ascot over a distance of 2 miles 3 furlongs and 210 yards, and it is scheduled to take place each year in June. 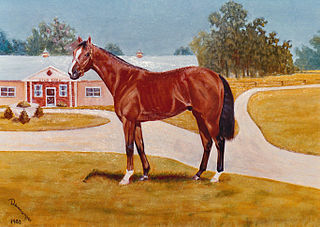 Storming Home is a retired, British-bred Thoroughbred racehorse and active sire who was trained in the United Kingdom and the United States during a racing career which ran from 2000 to 2003. He won five important races, but is probably best known for his disqualification in the 2003 Arlington Million.

The Prix de l'Abbaye de Longchamp is a Group 1 flat horse race in France open to thoroughbreds aged two years or older. It is run at Longchamp over a distance of 1,000 metres, and it is scheduled to take place each year in early October.

The Prix d'Ispahan is a Group 1 flat horse race in France open to thoroughbreds aged four years or older. It is run at Longchamp over a distance of 1,850 metres, and it is scheduled to take place each year in May.

The Prix Jean Prat is a Group 1 flat horse race in France open to three-year-old thoroughbred colts and fillies. It is run at Chantilly over a distance of 1,600 metres, and it is scheduled to take place each year in early July.

The Irish 1,000 Guineas is a Group 1 flat horse race in Ireland open to three-year-old thoroughbred fillies. It is run at the Curragh over a distance of 1 mile, and it is scheduled to take place each year in May.

The Matron Stakes is a Group 1 flat horse race in Ireland open to thoroughbred fillies and mares aged three years or older. It is run at Leopardstown over a distance of 1 mile, and it is scheduled to take place each year in September.

The Duke of York Stakes is a Group 2 flat horse race in Great Britain open to horses aged three years or older. It is run over a distance of 6 furlongs at York in May. 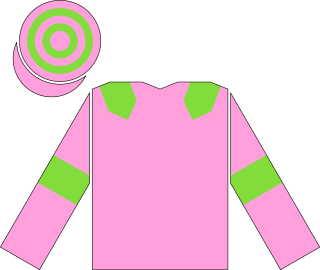 Shaamit (1993–2001) was an Irish-bred, British-trained Thoroughbred race horse and sire. In a career which lasted from September 1995 to October 1996 he ran six times and won twice. He is most notable for being the winner of the Derby in 1996. He was retired to stud at the end of his three-year-old season where he had limited success. He died in 2001.

Swain is an Irish-bred Thoroughbred racehorse and sire. He is one of only two horses to win two editions of Britain's premier weight-for-age race, the King George VI and Queen Elizabeth Stakes.