Last updated February 06, 2020
This is a Chinese name; the family name is Ye.

Michelle Ye or Ye Xuan (born February 14, 1980) is a Chinese actress and producer. In 1999, she won the Miss Chinese International competition. [1] Ye then signed a contract with TVB from 1999 to 2005. After she left TVB, She signed with Rich & Famous Talent Management Group Limited to pursue a movie career.

Ye is fluent in Cantonese, English, and Mandarin. She immigrated to the United States at age 10. She attended John Dewey High School where she won first place at the International Science and Engineering Fair in the Botany sector (1998). She was a scholarship student at Wellesley College, but left before graduating to pursue a career in the entertainment industry.

In July 1999, Ye accepted a contract offered by TVB after winning the Miss Chinese International Pageant. She had a number of leading roles in dramas such as, Eternal Happiness , Triumph in the Skies , and Lost in the Chamber of Love. Ye has worked as a host and MC.

In 2004, she was TVB's on-site reporter at the Olympic Games in Athens. Additionally, she was the MC for a special mid-autumn evening broadcast on CCTV.

She left TVB in June 2005 and moved on to Rich & Famous one month after to get more exposure in the movie industry. Ye also starred in a few series with ATV, China Productions, and I-Cable.

Apart from her acting career, she is currently owner and chairman of a production company (Michelle Ye Studios-Zhejiang Bohai Television Ltd), owner of a sushi restaurant and Vice President of the Hengdian Film Association. [2]

Michelle Ye was born in Hangzhou, China. She was named after her mother's favorite actress Zhou Xuan. Ye's mother was a housewife and her father a lawyer. Her father was constantly on business travel, thus leaving Ye to be cared for by her mother solely. When Ye was seven years old, her father moved overseas and only returned home for a total number of weeks within a year.[ clarification needed ] Ye's parents divorced when she was nine years old. Her mother no longer wanted to care for her and instead wanted Ye's father to know what it was like to take care of their child. [3]

Ye then lived with her paternal grandparents. Her grandparents were retired professors who lived in a professor's hostel in the university. She was loved and spoiled by her grandparents, but her grandfather was extremely strict with her academics. Under his guidance, her academic results were good. Ye was involved in a lot of school activities. [4]

At the age of 10, her father brought her and her grandparents to come live with him in New York City. Ye's father told her that a man's career is first priority and bringing her to the States would allow her to have a better education. Ye's grandparents could not acclimate to the new environment and returned to China. Her father was still busy with his career. She stated that initially she did hate her father. At the age of 13, Ye suggested to move out, claiming she did not want to live with a stranger. Her father agreed and let her rent an apartment. Every month she would go to her father's company for spending money. She would take care of laundry and meals herself. To earn extra money for other expenses, she lied about her age to work in a video rental store. Whilst at the store, she would often rent numerous series and movies to watch, which eventually influenced her to work in the entertainment business. [5]

She attended John Dewey High School. While there, she learned to speak Cantonese from a classmate. She won first place at the International Science and Engineering Fair in the Botany sector in 1998. She was the valedictorian of her class, thus earning her full scholarship to the prestigious Wellesley College, where she majored in political science. [6]

She was influenced by her stepmother to enter the 1998 Miss Greater Chinatown NYC beauty pageant. She was 2nd runner up, but the winner resigned and the 1st runner up declined the title. [7] She accepted the title and competed in Hong Kong for the Miss Chinese International 1999 competition on her birthday and won. [8] After the competition, she went back and finished her first year of college. After further consideration, Ye decided not to continue her studies, but instead signed a contract with TVB. Her previous aspiration was to become a lawyer.

In July 1999, she signed a contract with TVB. At the beginning of her career, Michelle Ye was well promoted by her company. She starred in several series and eventually earned "Fa Dan" status.

Ye's most notable friends in the business are Myolie Wu and Rain Lau, in which they became sworn sisters after filming Eternal Happiness.

Ye was rumored to have dated several men, but among all of them, she only admitted to dating Benny Chan. Chan and Ye first worked together on the set of Gods of Honour. It was not until filming Network Love Story in China that they started to date. They dated for two years and allegedly split due to personality differences.

In 2011, Ye established her own production company (Michelle Ye Studios-Zhejiang Bohai Television Ltd) and has produced and starred in three series thus far, Ninth Widow, Athena, and Purple Hairpin. However, Ye has not ruled out a return to TVB after revealing she was recently asked to do so by several producers. [10] In 2012, Ye was voted Vice President of the Hengdian Film Association and on the side, opened a sushi restaurant in Hengdian.

Michelle Ye was originally 2nd runner up at the 1998 pageant, but the winner and 1st runner up did not want to compete in Hong Kong. She took over the crown and title. She later on represented New York at Miss Chinese International 1999 where she won. [15]

Michelle Reis, also known as Lee Ka-yan, is a Hong Kong actress of Portuguese and Chinese descent. She is the winner of Miss Chinese International Pageant 1988 and Miss Hong Kong 1988 Beauty pageants.

Melissa Ng Mei-hang is a retired American Hong Kong television actress born in China. She had been under contract to the television station TVB since 1996 after coming second in the Miss Chinese International Pageant, retiring from acting in 2007. Ng speaks fluent English with an American accent, Cantonese, and Mandarin. She currently resides in Hong Kong.

Bernice Jan Liu is a Canadian actress, singer, and commercial model based in Hong Kong. She has previously held the title Miss Chinese Vancouver 2000 as well as Miss Chinese International 2001, the latter position bringing her fame in Hong Kong. 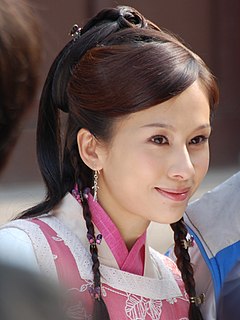 Flora Chan Wai-shan, is an American actress active primarily in Hong Kong television and film. Along with Maggie Cheung Ho-yee, Kenix Kwok, Jessica Hsuan, and Ada Choi, she is known as one of the Top 5 "Fa Dans" of TVB from the mid-1990s to mid-2000s. 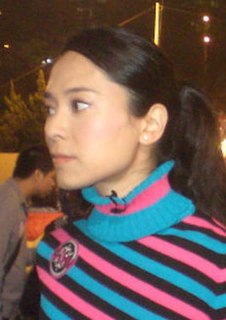 Sonija Kwok is a Hong Kong actress, worked for TVB until July 2015.

Carrie Lam Lei is a Hong Kong television presenter and actress affiliated with TVB with family roots in Chaozhou, Guangdong. She was the second runner-up in the 2005 Miss Hong Kong pageant.

Sharon Luk or Luk Sze-wan is a TVB actress. She is also Miss Hong Kong 2005 2nd runner up.

Aimee Chan or Chan Yan-mei is a Canadian born actress based in Hong Kong. She was the winner of Miss Hong Kong 2006 and was offered a TVB contract shortly after.

Anne Heung Hoi-lam is a Hong Kong-born Canadian actress and model, formerly under contract to the television station TVB. She left TVB in 2008. 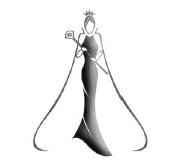 Christine Ng Wing-mei is an actress and singer based on Hong Kong. She is under contract to Hong Kong's TVB and ATV. She is known for her roles in TVB's dramas including C.I.B. Files and The Silver Chamber of Sorrows.

The 15th anniversary of the pageant, Miss Chinese International Pageant 2003 was held on January 25, 2003 in Hong Kong. TVB of Hong Kong broadcast and distributed the pageant worldwide. In the end, Miss Chinese International 2002 Shirley Zhou of Vancouver, British Columbia, Canada crowned Rachel Tan of Kuala Lumpur, Malaysia as the new winner. As of 2010, it still is Kuala Lumpur's only win.

Kelly Cheung is a Hong Kong-American model, television host, and actress. She was born in Hong Kong and was raised there until her move to Chicago when she was ten years old. She attended St. Therese Chinese Catholic School in Chicago and later graduated from University of Illinois at Chicago with a degree in business administration. Since becoming a pageant winner Cheung moved back to Hong Kong. She is a Hong Kong model, television host and actress. Cheung was the winner of Miss Chinese Chicago and Friendship Ambassador 2011. She then went on to represent Chicago in the Miss Chinese International Pageant and took the title in 2012.