The village of Moy (Scottish Gaelic : A' Mhòigh) is situated between the villages of Daviot and Tomatin, in the Highland region of Scotland. It sits beside Loch Moy and used to have a railway station on the Inverness and Aviemore Direct Railway. [1]

On 16 February 1746 Charles Edward Stuart spent the night at Moy Hall. To prevent the troops from Inverness descending on the estate in surprise during the night, Lady Anne Farquharson-MacKintosh sent Donald Fraser the blacksmith [2] and four other retainers to watch the road from Inverness. Sure enough, during the night several hundred Hanoverian troops were detected marching down the road. The Mackintosh defenders started beating their swords on rocks, jumping from place to place and shouting the war cries of different clans in the Chattan Confederation. Thinking that they had been ambushed, the British troops retreated leaving Inverness open for the Prince to capture the next day, an event known as the Rout of Moy. [3] There was only one casualty of this incident; the piper for the Hanoverian troops, possibly a MacCrimmon of the famous MacCrimmon piping family, was killed.

Fort William is a town in Lochaber in the Scottish Highlands, located on the eastern shore of Loch Linnhe. As of the 2011 Census, Fort William had a population of 10,459, making it the second largest settlement in the Highland council area, and the second largest settlement in the whole of the Scottish Highlands — only the city of Inverness has a larger population. 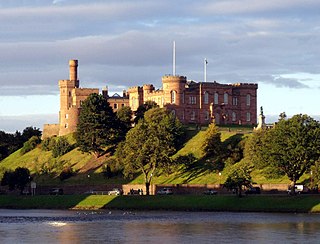 Inverness is an ancient cathedral city in the Scottish Highlands. It is the administrative centre for The Highland Council and is regarded as the capital of the Highlands. Historically it served as the county town of the county of Inverness-shire. Inverness lies near two important battle sites: the 11th-century battle of Blàr nam Fèinne against Norway which took place on the Aird, and the 18th century Battle of Culloden which took place on Culloden Moor. It is the northernmost city in the United Kingdom and lies within the Great Glen at its northeastern extremity where the River Ness enters the Moray Firth. At the latest, a settlement was established by the 6th century with the first royal charter being granted by Dabíd mac Maíl Choluim in the 12th century. The Gaelic king Mac Bethad Mac Findláich (MacBeth) whose 11th-century killing of King Duncan was immortalised in Shakespeare's largely fictionalized play Macbeth, held a castle within the city where he ruled as Mormaer of Moray and Ross.

Clan Donald, also known as Clan MacDonald, is a Highland Scottish clan and one of the largest Scottish clans. The Lord Lyon King of Arms who is the Scottish official with responsibility for regulating heraldry in that country, issuing new grants of coats of arms, and serving as the judge of the Court of the Lord Lyon, recognizes under Scottish law the High Chief of Clan Donald. Historically the chiefs of the Clan Donald held the title of Lord of the Isles until 1493 and two of those chiefs also held the title of Earl of Ross until 1476.

The Battle of Glen Shiel took place on 10 June 1719 in the West Scottish Highlands, between a Jacobite army of Highland levies and Spanish marines and a government force of regular troops, including a Highland Independent Company. 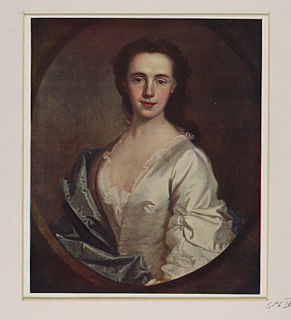 Moy Hall near the village of Moy south of Inverness has been the home of the Clan Mackintosh chiefs since the 14th century. 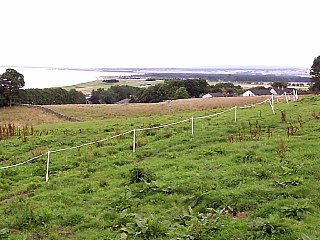 The Siege of Inverness that took place in November 1715 was part of the Jacobite rising of 1715. The town of Inverness and Inverness Castle were being held by the Clan Mackenzie, led by Sir John Mackenzie of Coul who supported the rebel Jacobite cause. Simon Fraser, 11th Lord Lovat, chief of the Clan Fraser of Lovat besieged them, supported by men of the Clan Rose and Clan Forbes.

Lochalsh is a district of mainland Scotland that is currently part of the Highland council area. It is a hilly peninsula that lies between Loch Carron and Loch Alsh. The main settlement is Kyle of Lochalsh, located at the entrance to Loch Alsh, opposite the village of Kyleakin on the adjacent island of Skye. A ferry used to connect the two settlements but was replaced by the Skye Bridge in 1995.

Murdoch Paterson was an engineer and architect based in Inverness, Scotland, who was chief engineer of the Highland Railway. 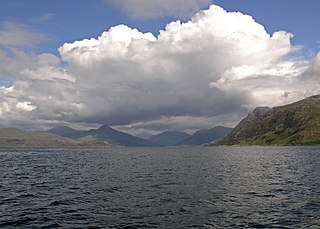