Ogie is a former batch member of the all-male singing group Kundirana batch 1985 after Gary Valenciano. His first album was released in 1989. [1] His debut movie was Feel Na Feel released by Regal Entertainment in 1990, followed by his 2nd movie Tiny Terrestrial: The Tiny Professors released by OctoArts films in 1991. The same year, Ogie made his VIVA films debut movie, Pitong Gamol.

He also branched out as a game show host, beginning in ABS-CBN's Game Na Game Na! in 1995, IBC 13's Fastbreak , a former basketball game show in 1999, the Philippine version of Family Feud on ABC-5 in 2001 and Celebrity Duets: Philippine Edition on GMA. He was a host on SOP Rules . [2] He got his big break in Hanggang Kailan , his first drama show, and also sang its main theme with Aiza Seguerra. In 1995, he moved to GMA Network, leaving ABS-CBN.[ citation needed ]

Alcasid is recently the judge in Pinoy Idol . [3] and hosted such game shows as Da Big Show and Hole in the Wall . In 2013, he left GMA Network and moved to TV5, where his first project under the channel was The Mega and the Songwriter .

In 2016, he returned to his home network, ABS-CBN. He joined Tawag Ng Tanghalan on It's Showtime as a judge and he was also a judge of Your Face Sounds Familiar: Kids , replacing Jed Madela, the judge of season 1 and 2 of the same show.

Before he returned to ABS-CBN, his contract on TV5 had expired. He later appeared on several GMA Network shows as a guest. He appeared as a guest on Yan Ang Morning! , Sunday PinaSaya , and Eat Bulaga! as a guest judge. He was a special guest in Sarap Diva , hosted by his wife, Regine Velasquez-Alcasid, and the comedy show Bubble Gang , where he recently a cast member until 2013 before his transfer to TV5.

Alcasid debuted as a singer in 1989 with the release of his self-titled album. Ogie Alcasid reached gold record status, while his debut single "Nandito Ako" (I Am Here) was awarded "Song of the Year" by a local radio station Magic 89.9. He has since released 18 albums, including a Christmas album (Larawan ng Pasko/Images of Christmas, 1994), a live album (OA sa Hits (Live), 2002), and four greatest hits albums. He has received a total of twelve gold records, three platinum records, and three double platinum records. [2]

In 1996, Alcasid married Australian beauty queen Michelle van Eimeren, who represented Australia in the 1994 Miss Universe pageant held in the Philippines. The couple had two children, Leila and Sarah. [27] In 2007, Alcasid announced that he and Eimeren had separated. [27]

Alcasid is a Christian and an attendee of Victory Christian Fellowship. [30]

Manilyn Reynes-Jimenez simply known as Manilyn Reynes is a successful Filipina actress, singer, TV host and commercial model in the Philippines. She is also considered as one of the versatile actresses due to her ability to act in drama, horror and comedy effectively and eventually dubbed now as The Star of all Decades. She is married to Aljon Jimenez with three (3) children namely Kyle, Kirk and Kael. Reynes was once called as Queen of Pinoy Popular Culture between late 80s and early 90s era 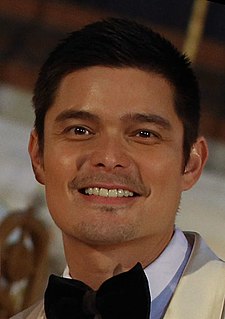 Donna Cruz Yrastorza-Larrazabal professionally known as Donna Cruz is a Filipina recording artist, actress and entertainer. She is a member of the Philippine showbiz family Cruz.

Filipino entertainer Regine Velasquez has appeared in motion pictures and television programs. She made her screen debut with a minor role in the 1988 comedy film The Untouchable Family. She went on to appear in a series of supporting roles in the comedies Pik Pak Boom (1988) and Elvis and James 2 (1990). Velasquez made her stage debut in 1992 with the Musical Theatre Philippines' production of Romualdo Ramos' and Tony Velasquez' Kenkoy Loves Rosing. Her breakthrough came the following year when she played the title role of a music teacher in the film Wanted Perfect Mother (1996). The same year, she starred in the musical comedy Do Re Mi alongside Donna Cruz and Mikee Cojuangco. Among Velasquez's next releases were the fantasy comedy Honey Nasa Langit Na Ba Ako (1998) and Joyce Bernal's romantic comedy Dahil May Isang Ikaw (1999) opposite Aga Muhlach. Her first leading role on television came in 2000 in an episode of the IBC-13 drama series Habang May Buhay. 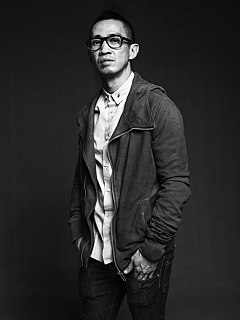 Dominic Zapata, is a Filipino television and film director. He is a graduate of the De La Salle University-Manila and Don Bosco Technical Institute-Makati. He took up AB Communication Arts and BSC Marketing Management (CAM-MMG) at De La Salle University-Manila, where he entered the communication arts program in 1988. He is now one of the resident directors of GMA Network since 1997. 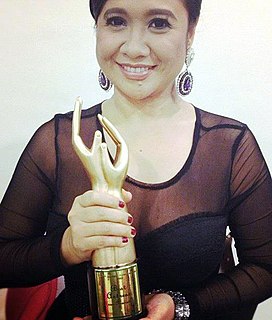 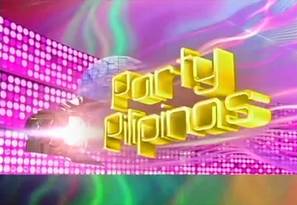 Party Pilipinas is a Philippine television variety show broadcast by GMA Network. Hosted by Regine Velasquez, Ogie Alcasid, Jaya and Janno Gibbs, it premiered on 28 March 2010 replacing SOP. The show concluded on 19 May 2013 with a total of 160 episodes. It was replaced by Sunday All Stars in its timeslot.

Regine is the first studio album by Filipino singer-actress Regine Velasquez, released in 1987 by Viva Records in the Philippines in CD and cassette format and later released on 2002 in digital download. The album was produced by Ronnie Henares, also her manager then. It was composed of original Filipino compositions by Christine Bendebel, Vehnee Saturno and OPM 1980s singer-composer Keno among others, except for "Ebb Tide" originally by Frank Chacksfield & His Orchestra composed by Robert Maxwell and Carl Sigman. The carrier single released is "Kung Maibabalik Ko Lang" together with "Maybe Now, Maybe Then".

I Do Bidoo Bidoo: Heto nAPO Sila! is a 2012 Filipino musical, romantic-comedy film starring singers Sam Concepcion, Ogie Alcasid, Gary Valenciano, Zsa Zsa Padilla, comedian Eugene Domingo and introducing new actress Tippy Dos Santos. The film is produced by Unitel in partnership with Studio 5 and had a regular showing on August 29, 2012. The film features the music of APO Hiking Society, as a tribute to one of the most influential OPM artists. 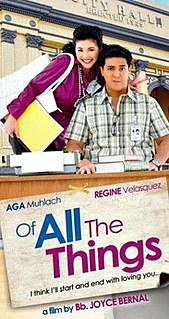 Of All the Things is a Filipino romantic-comedy film starring Regine Velasquez and Aga Muhlach. The film was produced by GMA Films and VIVA Films. It was released on September 26, 2012. This film is Regine and Aga's third team-up after Dahil May Isang Ikaw (1999) and Pangako Ikaw Lang (2001), both produced by Viva Films.

Antonio Aquitania is a Filipino actor, comedian, host, and model. He is one of the two and only remaining original members of Bubble Gang.