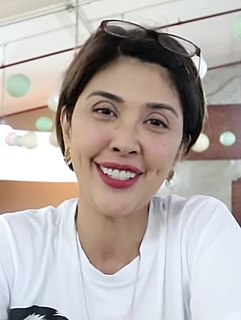 SOP is a Philippine television variety show broadcast by GMA Network. It premiered on February 2, 1997, replacing GMA Supershow. The show concluded on February 28, 2010, with a total of 672 episodes. It was replaced by Party Pilipinas in its timeslot. 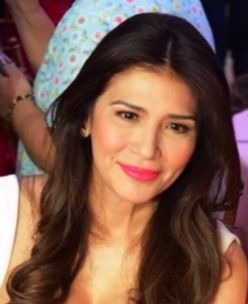 Esperanza Perez Padilla, known professionally as Zsa Zsa Padilla, is a Filipina singer, recording artist, and award-winning actress in movies, television, and stage. As a vocalist, she has performed in numerous local and international concerts. Padilla is also a songwriter, commercial model, product endorser, businesswoman, music producer, and vlogger.

The Myx Music Awards, currently known as the Myx Awards, are accolades presented by the cable channel Myx to honor the biggest hitmakers in the Philippines. The awards ceremony is held annually and occurs most commonly in March, and broadcast delayed on Myx. Myx viewers from all over the Philippines decide the winners in 17 major categories via SMS text messaging by 2010 it is 60% fan votes through internet and 40% artists votes.

Enrico de Jesus Puno, better known as Rico J. Puno, was a Filipino singer, television host, actor, comedian and politician. He was considered as a music icon in the Philippines. He started the trend of incorporating Tagalog lyrics in his rendition of the American song The Way We Were and other foreign songs. Puno was known as a singer who regularly infused his on-stage performance with tongue-in-cheek comedy and adult humor. He hosted the noontime variety show Pilipinas Win na Win alongside Rey Valera, Marco Sison, and Nonoy Zuñiga for two months in 2010 replacing Kris Aquino. He also hosted on Happy Yipee Yehey! together with John Estrada, Randy Santiago, Mariel Rodriguez, Pokwang and Toni Gonzaga as one of the main host replacing Pilipinas Win na Win.

Jay R Sings OPM Love Classics is the fifth studio album and third cover album by Filipino singer Jay R, released on February 5, 2010 by Universal Records. The album was produced by Ito Rapadas, who was also behind the production of Soul in Love. It consists of thirteen Tagalog songs, which were originally recorded by popular OPM acts in the 80's and 90's, handpicked by Jay R himself.

"Mr. DJ" is a song written by Filipino composer Rey Valera and recorded by Sharon Cuneta in 1978, when she was 12 years old. The single was produced by Spanky Rigor of VST & Co. It became Cuneta's first and one of her biggest hits. The song drove her rise to stardom; she became an actress and was soon labelled as "The Megastar" in Philippine showbiz.