Last updated September 18, 2020
This article is about the postage stamp. For British columnist and blogger, see Laurie Penny.

The Penny Red was a British postage stamp, issued in 1841. It succeeded the Penny Black and continued as the main type of postage stamp in the United Kingdom of Great Britain and Ireland until 1879, with only minor changes to the design during that time. The colour was changed from black to red because of difficulty in seeing a cancellation mark on the Penny Black; a black cancel was readily visible on a Penny Red. [1]

Initially, the same plates used to print the Penny Black were used to print the Penny Red. About 21 billion Penny Reds were printed by Messrs. Perkins, Bacon & Co. [2] The stamp had no perforations, and had to be cut from the sheet using scissors in the same manner as for the Penny Black and the early printings of the Two pence blue. Perforations, (experimental gauge 16), first came into use in 1850 and were officially adopted in 1854 (in the same size as the experimental issue). The experimental perforated issue can be distinguished from the general issue as the later was applied to stamp which used a different alphabet type for the letters in the lower corners. Each stamp has unique corner letters AA, AB, AC ... AL etc., so its position on the plate can be identified.

In January 1855, the perforation size was changed from 16 to 14 as it was found that the sheets were coming apart too easily. The reduced size allowed the sheets to remain intact until pressure was applied to force the separation.

The stamps were printed in sheets of 240 (20 rows of 12 stamps), so one row cost 1 shilling and a complete sheet one pound. This 240 stamps per sheet configuration continued with all British postage stamps issued until 1971 when decimal currency was introduced and the sheet size was changed to 200, (20 rows of 10 stamps) making the lowest value denomination (half penny) one pound per sheet.

On 1 April 1864, the stamp was issued with the plate number engraved in the design, in the left and right side lace work. At this time, the stars in the top corners were also replaced with the same check letters as used in the lower corners, but in reverse order. [3]

Because of wear, over 400 different plates were used to print the Penny Red. Two different basic watermarks were used for the paper, small crown, (on the early issues) and large crown, introduced on 15 May 1855. The first stamps printed on the large crown watermarked paper showed two small vertical lines in the central portion of the crown. Later printings showed a revised watermark on which these central lines are not present.

The era of the Penny Red came to its close at the end of 1879, along with Perkins Bacon's contract. It was superseded by the Penny Venetian Red printed by De La Rue, which was in use for a little over a year before being succeeded in turn by the long-lived Penny Lilac. Since then, the stamp has become in demand amongst stamp collectors.

The Penny Black was the world's first adhesive postage stamp used in a public postal system. It was first issued in the United Kingdom, on 1 May 1840, but was not valid for use until 6 May. The stamp features a profile of Queen Victoria.

The VR official was one of three postage stamps introduced by the United Kingdom of Great Britain and Ireland in May 1840 for the pre-payment of postage. While the Penny Black and the Two Pence Blue were for use by the general public, as were the Mulready envelopes and letter sheets, the VR official was for use on official mail. In appearance the VR Official was the same as the issued Penny Black except that the Maltese crosses in the top corners were removed and replaced by the letters V and R, hence its common name.

The Penny Blue is frequently mistaken for a postage stamp of Britain. It is from a series of proof impressions which were made at the time Rowland Hill was looking at the new colours which were to be used for the stamps which were to replace the Penny Black and the original 1840 issue of the Two pence Blue.

This is a survey of the postage stamps and postal history of New South Wales, a former British colony now part of Australia.

The Penny Lilac was the basic penny postage and revenue stamp of the United Kingdom from its first issue on 12 July 1881 until 1901. It superseded the short lived Penny Venetian Red because the Customs and Inland Revenue Act of 1881 necessitated new stamps that were valid for use as both postage and revenue stamps, and so the Penny Lilac was issued in that year, inscribed "POSTAGE AND INLAND REVENUE". All previous stamps had been inscribed merely "POSTAGE". This stamp remained the standard letter stamp for the remainder of Queen Victoria's reign, and very large quantities were printed. 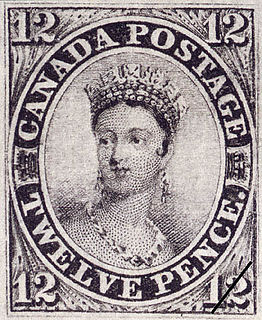 A sheet of stamps or press sheet is a unit of stamps as printed, usually on large sheets of paper based on the size of the printing plate, that are separated into panes that are sold at post offices. Where more than one pane is on a printed sheet they are arranged in a table-like arrangement. The spaces between the single stamps are all of the same size and provide space for a cut or perforation.

Plating refers to the reconstruction of a pane or "sheet" of postage stamps printed from a single plate by using individual stamps and overlapping strips and blocks of stamps. Likewise, if a sheet 10 or 20 postal cards is typeset, the variations of the letters or design elements may allow reconstruction or plating of the sheets based on these differences.

Postage stamp paper is the foundation or substrate of the postage stamp to which the ink for the stamp's design is applied to one side and the adhesive is applied to the other. The paper is not only the foundation of the stamp but it has also been incorporated into the stamp's design, has provided security against fraud and has aided in the automation of the postal delivery system. 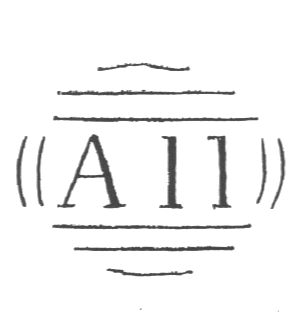 St. Lucia a former British dependency in the Windward Islands began using stamps in 1860. It achieved Associated Statehood on 1 March 1967. In 1979, it gained independence.

The Halfpenny Rose Red, first issued on 1 October 1870, was the first halfpenny postage stamp issued in the United Kingdom.

The Washington–Franklin Issues are a series of definitive U.S. Postage stamps depicting George Washington and Benjamin Franklin, issued by the U.S. Post Office between 1908 and 1922. The distinctive feature of this issue is that it employs only two engraved heads set in ovals—Washington and Franklin in full profile—and replicates one or another of these portraits on every stamp denomination in the series. This is a significant departure from previous definitive issues, which had featured pantheons of famous Americans, with each portrait-image confined to a single denomination. At the same time, this break with the recent past represented a return to origins. Washington and Franklin, after all, had appeared on the first two American stamps, issued in 1847, and during the next fifteen years, each of the eight stamp denominations available featured either Washington or Franklin.

This is a survey of the postage stamps and postal history of South Australia, a former British colony that is now part of Australia. 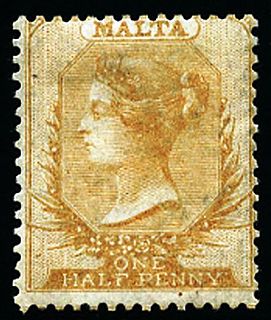 The Halfpenny Yellow is the first postage stamp issued by the Crown Colony of Malta. Depicting Queen Victoria, it was only valid for local postage and it was originally issued on 1 December 1860. It was the only stamp issued by Malta for two and a half decades, and during this period various reprints were made with differences in colour shade, perforation and watermark. When control of Malta's postal service was transferred to the islands' colonial government on 1 January 1885, the stamp was withdrawn and it was replaced by a set of definitive stamps. 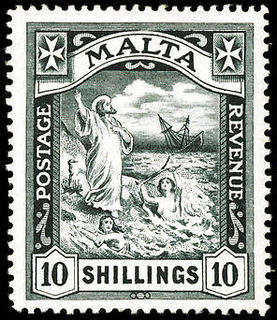 The St Paul's Shipwreck 10/- black is a postage and revenue stamp issued by the Crown Colony of Malta on 6 March 1919, and it is generally considered to be the country's rarest and most expensive stamp. It is rare because a very limited quantity of 1530 stamps was printed and it was inadvertently issued prematurely by the Post Office. 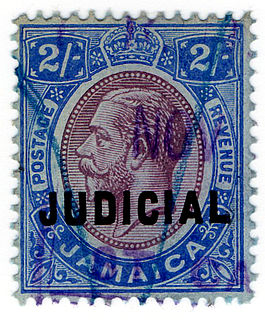 Revenue stamps of Jamaica were first issued in 1855. There were various types of fiscal stamps for different taxes.