Postal codes in Luxembourg are entirely numeric and consist of four digits. The first digit indicates the region, however this subdivision of the territory does not correspond exactly to the usual administrative subdivision (districts and cantons).

Luxembourg, officially the Grand Duchy of Luxembourg, is a small landlocked country in western Europe. It is bordered by Belgium to the west and north, Germany to the east, and France to the south. Its capital, Luxembourg City, is one of the four official capitals of the European Union and the seat of the European Court of Justice, the highest judicial authority in the EU. Its culture, people, and languages are highly intertwined with its neighbours, making it essentially a mixture of French and German cultures, as evident by the nation's three official languages: French, German, and the national language of Luxembourgish. The repeated invasions by Germany, especially in World War II, resulted in the country's strong will for mediation between France and Germany and, among other things, led to the foundation of the European Union.

Postal codes starting with a 1 or a 2 are located in the capital city of Luxembourg.

Postal codes starting with a 3 are located South of the capital city.

Postal codes starting with a 4 are located in the city of Esch-sur-Alzette. 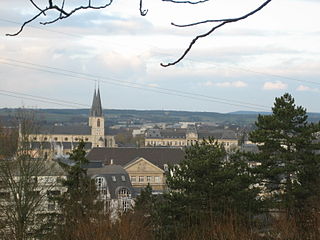 Postal codes starting with a 5 are located in the South-East of the country.

Postal codes starting with a 6 are located in the North-East of the country.

Postal codes starting with a 7 are located North of the capital city.

Postal codes starting with an 8 are located in the West of the country.

Postal codes starting with a 9 are located in the North of the country.

In larger municipalities every street has its own postal code, smaller municipalities often have only one code for the whole town. If there are several postal codes within one municipality, they are ordered alphabetically, except that the first numbers are reserved for important clients (administrations and companies).

ISO 3166-2:KH is the entry for Cambodia in ISO 3166-2, part of the ISO 3166 standard published by the International Organization for Standardization (ISO), which defines codes for the names of the principal subdivisions of all countries coded in ISO 3166-1.

ISO 3166-2:MN is the entry for Mongolia in ISO 3166-2, part of the ISO 3166 standard published by the International Organization for Standardization (ISO), which defines codes for the names of the principal subdivisions of all countries coded in ISO 3166-1.