Preston Reed (born April 13, 1955, Armonk, New York) is an American fingerstyle guitarist. He is noted for a two-handed playing style and compositional approach that integrates the percussive potential of the guitar body.

Reed learned guitar as a child on his father's guitar and, for a short time, studied classical guitar. When he was 16 his interest was rekindled by Jorma Kaukonen's acoustic guitar-playing in Hot Tuna. He began to compose his own songs in the style of Leo Kottke and John Fahey. [1] His first public performance was at Smithsonian Institution in Washington D.C., in a concert with poet Allen Ginsberg. [2]

Reed plays with his fingers, thumbs, fists and hands at once. He is also a player of blues or ballads reminiscent of Bill Evans, one of his musical idols. [3]

As a teenager, Reed was initially influenced by Leo Kottke and John Fahey and in the beginning of his career was a more traditional fingerstyle player. In the late 1980s he began to experiment with his own highly individual and percussive style, shortly after Michael Hedges released his first records using some technically similar techniques. Reed's approach created a very distinctive style of music. [1] [4]

His guitar style is characterized by the use of percussive effects he generates with both hands on various parts of the guitar body. He names them rim shots and bongo hits. [5] He uses slap and tap techniques like slap harmonics or the generation of notes or whole chords with his left hand ( hammer-on , pull-off ). He uses both hands for tapping ( two-hand tapping ) and frets chords with his right hand (right-hand fretting). He often plays with both hands from above the guitar's neck. In many of his compositions, Reed uses alternate tunings characterized by very low bass string tunings, for example BGDGAD or CGDGGD. [1] [2]

On his first recording Reed used a Martin D28 12-string and a Martin D28 6-string. He later used guitars made by the American luthier Michael Jacobson-Hardy. [6] Later he played Washburn guitars with Seymour Duncan pickups [5] and in the second half of the 1990s a custom Adamas Long Neck Ovation. He now plays his signature models, acoustic Jumbo and Baritone from Bailey Guitars. Around 2000 he began using several different guitars, not only steel-string acoustic, but also solid body electric guitars, semi-acoustic guitars, electrical baritone guitars, 12-string and classical guitars. [1] 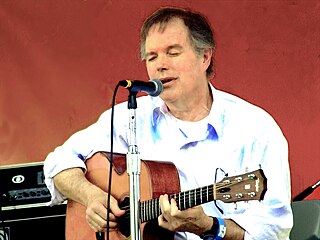 Leo Kottke is an acoustic guitarist. He is known for a fingerpicking style that draws on blues, jazz, and folk music, and for syncopated, polyphonic melodies. He overcame a series of personal obstacles, including partial loss of hearing and a nearly career-ending bout with tendon damage in his right hand, to emerge as a widely recognized master of his instrument. He currently resides in the Minneapolis area with his family. 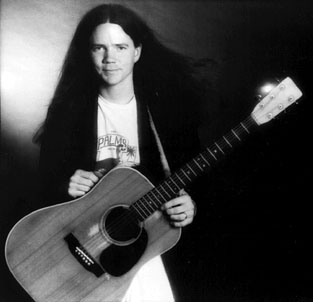 Takoma Records was a small but influential record label founded by guitarist John Fahey in the late 1950s. It was named after Fahey's hometown, Takoma Park, Maryland, a suburb of Washington, D.C.

Laurence Ivor Juber, is an English musician, fingerstyle guitarist and studio musician. He played guitar in the rock band Paul McCartney and Wings from 1978 to 1981.

Justin King is an American musician and artist from Eugene, Oregon, known for his percussive "tapping" playing style which consists of a variety of influences ranging from Flamenco to Celtic music. Currently, King is running a recording studio in Brooklyn, New York called Vinegar Hill Sound as well as doing part-time war photojournalism in places like Iraq and Afghanistan. 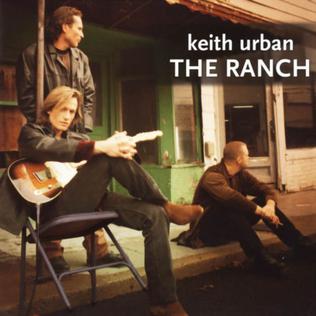 The Ranch is the only album by the country music group The Ranch, fronted by Keith Urban. It was released by Capitol Nashville in 1997, and re-released in 2004 with two bonus tracks and re-titled Keith Urban in The Ranch. 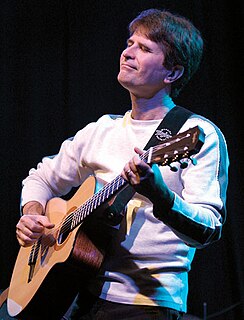 Vicki Genfan is an American singer and guitarist. 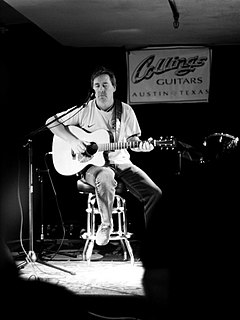 Peter John Huttlinger was an American guitarist. A graduate of Berklee College of Music, Huttlinger was a Nashville studio artist. In 2000, he won the National Fingerstyle Guitar Championship at the Walnut Valley Festival in Winfield, Kansas. He performed around the world with such artists as John Denver, LeAnn Rimes and many others. As a solo artist, he performed across the U.S. and Europe. 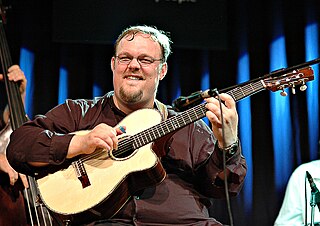 Richard Smith is an English guitarist specialising in the fingerstyle guitar tradition of Merle Travis, Chet Atkins, and Jerry Reed. He is the 2001 National Fingerstyle Guitar Champion.

Mike Dowling is an American roots music guitarist and songwriter who is best known for his solo arrangements on the Grammy Award-winning composition CD Henry Mancini: Pink Guitar. In 2005, Dowling was ranked as one of the twelve best fingerstyle guitarists in the United States.