The Canadian province of Quebec held municipal elections in several communities in November 1999. Some results from these elections are included on this page.

The Scottish Parliament is the devolved unicameral legislature of Scotland. Located in the Holyrood area of the capital city, Edinburgh, it is frequently referred to by the metonym Holyrood.

The National Rally, until June 2018 known as the National Front, is a right-wing populist and nationalist political party in France. Most political commentators place the RN on the far-right, but other sources suggest that the party's position on the political spectrum has become more difficult to define clearly. Owing to the French electoral system, the party's representation in public office has been limited despite its significant share of the vote. Its major policies include opposition to French membership in NATO, European Union, the Schengen Area, and the Eurozone. As an anti-European Union party, the National Rally has opposed the European Union since its creation. The party also supports greater government intervention in the economy, protectionism, a zero tolerance approach to law and order, and significant cuts to legal immigration.

Sonia Gandhipronunciation (help·info) is an Indian politician. She is a former president of the Indian National Congress, the secular and left-of-centre political party, which governed India for most of its post-independence history. She took over as the party leader in 1998, seven years after the assassination of her husband, Rajiv Gandhi, a former prime minister of India, and remained in office for nineteen years.

The Natural Law Party of Canada (NLPC) was the Canadian branch of the international Natural Law Party founded in 1992 by a group of educators, business leaders, and lawyers who practised Transcendental Meditation. 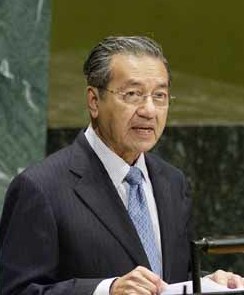 North West England is a constituency of the European Parliament. From the 2009 elections it elects 8 MEPs using the d'Hondt method of party-list proportional representation. 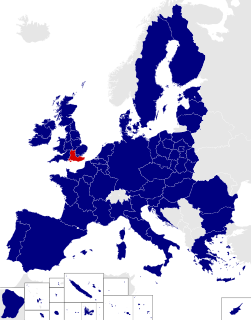 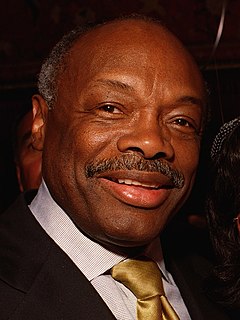 The 1999 San Francisco mayoral election was held on November 2, 1999, with a runoff election held on December 14, 1999. Incumbent mayor Willie Brown won reelection against supervisor and current Assemblyman Tom Ammiano and nine other candidates for a second term as Mayor of San Francisco.

The 1999 Waveney Council election took place on 6 May 1999 to elect members of Waveney District Council in Suffolk, England. One third of the council was up for election and the Labour party stayed in overall control of the council.

The 1999 United States elections, which were held on Tuesday, November 2, were off-year elections in which no members of the Congress were standing for election. However, there were three gubernatorial races, state legislative elections in four states, numerous citizen initiatives, mayoral races in several major cities, and a variety of local offices on the ballot.

This is a list of the members of the Dewan Rakyat of the 10th Parliament of Malaysia, elected in 1999.

The Virginia House of Delegates election of 1999 was held on Tuesday, November 2.

The Virginia Senate election of 1999 was held on Tuesday, November 2.

Boston City Council elections were held on November 2, 1999. Eleven seats were contested in the general election, as the incumbents for districts 1 and 2 ran unopposed. Ten seats had also been contested in the preliminary election held on September 21, 1999.

The Raleigh mayoral election of 1999 was held on November 5, 1999, to elect a Mayor of Raleigh, North Carolina. The election was non-partisan. It was won by Paul Coble, who replaced Tom Fetzer after beating Stepanie Fanjul.