It was reported that outgoing mayor Ed Janiszewski had attempted to persuade his opponent Shameem Siddiqui not to run, citing the cost of holding an election. Siddiqui reacted indignantly, saying that Janiszewski was not "the king of Dollard" and that he has the right to run for office. [2]

At 8:59 PM, CBC reported that Marc Bureau, the incumbent mayor of Gatineau had won the Gatineau mayoral race. [3] [4]

At 9:12 PM, CBC reported that "Gilles Vaillancourt has been reelected for a sixth time as Laval mayor." [3]

At 10:43 PM, TVA reported that Caroline St-Hilaire had been elected Mayor of Longueuil. As of 12:40 AM, the results are:

At 10:44 PM, TVA reported that Gérald Tremblay had been re-elected as mayor of Montreal.

At 8:21 PM, CBC Montreal reported that incumbent mayor Régis Labeaume had won the election with 82% of the vote. [3] [4]

At 9:08 PM, CBC reported that Jean Tremblay had won the mayoral race in Saguenay. [3] 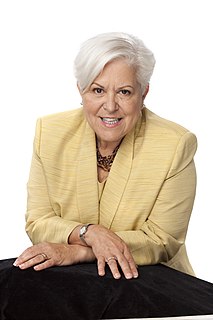 The Canadian province of Quebec held municipal elections in its municipalities on November 6, 2005.

Claire Vaive was a politician in Quebec, Canada. She was the member of National Assembly of Quebec from 1994 to 1998 and was a councillor for Gatineau City Council for 14 years.

A municipal election was held in Gatineau, Quebec, Canada on November 1, 2009 in conjunction with municipal elections across Quebec on that date. Elections were held for Mayor of Gatineau as well as for each of the 18 districts on Gatineau City Council.

The city of Montreal, Quebec, Canada, held a municipal election at the same time as numerous other municipalities in Quebec, on November 1, 2009. Voters elected the Mayor of Montreal, Montreal City Council, and the mayors and councils of each of the city's boroughs.

The Green Party of Quebec ran eighty candidates in the 2008 provincial election, none of whom were elected. Information about these candidates may be found on this page.

Several municipalities in the Canadian province of Quebec held elections on November 4, 2001, to elect mayors, reeves, and city councillors. The most closely watched contest was in the newly amalgamated city of Montreal, where Gérald Tremblay defeated incumbent Pierre Bourque.

The 1990 Montreal municipal election took place on November 4, 1990, to elect a mayor and city councillors in Montreal, Quebec, Canada. Jean Doré was elected to a second term as mayor by a significant margin.

Sadia Groguhé is a French-Canadian politician. In the 2011 federal election, she was elected to the House of Commons of Canada as the Member of Parliament for the electoral district of Saint-Lambert under the banner of the New Democratic Party. She was defeated for reelection in the new electoral district of Longueuil—Charles-LeMoyne in the 2015 election.

The Montreal Executive Committee is the executive branch of the municipal government of Montreal, Quebec, Canada. The committee reports directly to city hall and is responsible for generating documents such as budgets and by-laws, which are then sent to the Montreal City Council for approval. As of 2017, the committee consists of the mayor of Montreal, twelve members, and five associate members.

Option Verdun/Montréal (OVM) was a municipal political party in Montreal, Quebec, Canada. The party contested seats on the Verdun borough council in the 2013 Montreal municipal election.

Roger Ferland is a retired politician in the Canadian province of Quebec. He was the mayor of Longueuil from 1987 to 1994, having previously served as a school commissioner and as a member of the Longueuil city council. 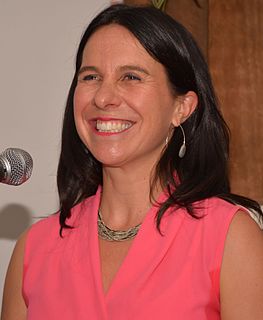 Municipal elections were held in the city of Montreal, Quebec, Canada on November 5, 2017 as part of the 2017 Quebec municipal elections. Voters elected 65 positions on the Montreal City Council, including the mayor, borough mayors, and city councillors, as well as 38 borough councillors.