Robert B. Williams (September 23, 1904 – June 17, 1978) was an American character actor from the 1940s through the 1970s. During his 37-year career, he appeared in over 150 feature films, as well as numerous film shorts, television films, and television shows. He did not break into the film business until he was in his 30s.

His first big screen appearance was in the film short Mixed Policies in 1936. After several roles as an extra in films, he made his feature debut in a small role in the 1941 film How Green Was My Valley , starring Walter Pidgeon and Maureen O'Hara. [1] During the 1940s he appeared in some notable films in small supporting roles, including the 1947 film noir, Lady in the Lake , starring Robert Montgomery; [2] Henry Hathaway's Call Northside 777 (1948), starring James Stewart, Richard Conte, and Lee J. Cobb; [3] It Happens Every Spring (1949), starring Ray Milland, Jean Peters, and Paul Douglas; [4] and the classic musical On the Town (1949), starring Gene Kelly, Frank Sinatra, Betty Garrett, Ann Miller, Jules Munshin, and Vera-Ellen. [5]

In the 1950s, he appeared in over 80 films, including such notable pictures as: Father's Little Dividend (1951), the sequel to the 1950 hit, Father of the Bride , starring Spencer Tracy, Elizabeth Taylor, and Joan Bennett; [6] Magnificent Obsession (1954), starring Rock Hudson and Jane Wyman; [7] 1952's Singin' in the Rain , starring Gene Kelly, Donald O'Connor, and Debbie Reynolds; [8] the classic teenage drama, Rebel Without a Cause (1955), starring James Dean and Natalie Wood; [9] the biopic The Spirit of St. Louis , starring James Stewart; [10] Desire Under the Elms (1958), based on the Eugene O'Neill play of the same name, starring Sophia Loren, Anthony Perkins, and Burl Ives; [11] the war classic, Pork Chop Hill , starring Gregory Peck; [12] the Alfred Hitchcock classic, North by Northwest (1959), starring Cary Grant, Eva Marie Saint, and James Mason; [13] and the 1959 romantic comedy, Pillow Talk , directed by Michael Gordon, and starring Rock Hudson and Doris Day. [14] Williams began to appear on the small screen in the 1950s as well, with his first performance on an episode of the short-lived series Dangerous Assignment. He continued to make guest appearances on numerous television shows throughout the decade, including Perry Mason , The Millionaire , The Adventures of Ozzie & Harriet , and The Lone Ranger .

In the 1970s he appeared in two films; his final big screen appearance was in Brian De Palma's 1972 comedy Get to Know Your Rabbit . His television work included guest shots on shows such as The Partridge Family , The Streets of San Francisco , The Rockford Files , Police Woman , and Marcus Welby, M.D. . His final acting job was in the recurring role of Barth Gimble, Sr. in Norman Lear's talk show parody Fernwood Tonight starring Martin Mull in 1977. Williams died on June 17, 1978, and was buried in Holy Cross Cemetery in Culver City, California. 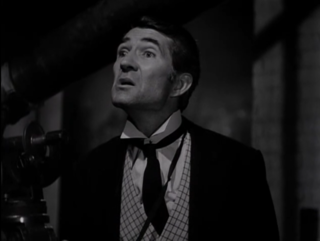 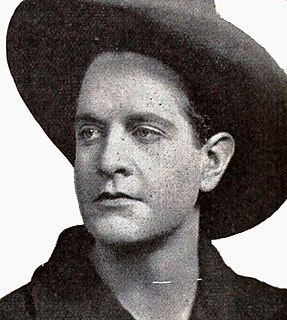 James Harlee Bell was an American film and stage actor who appeared in about 150 films and television shows through 1964. 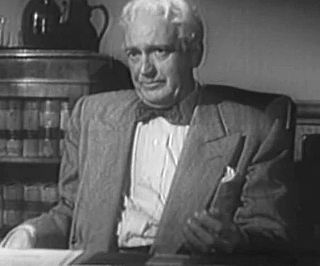 Grandon Rhodes was an American actor. 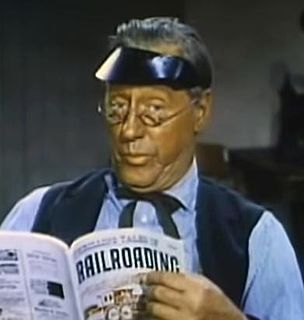 Tom Fadden was an American actor. He performed on the legitimate stage, vaudeville, in films and on television during his long career. 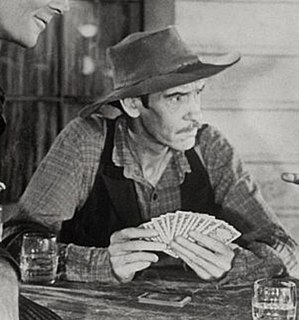 Guy Owen Wilkerson was an American actor, known primarily for his roles in Western B movies, who with his tall, lanky frame, he often played sidekick or comedy relief parts. 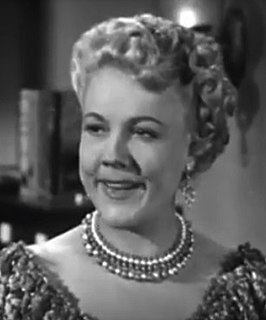 Wikimedia Commons has media related to Robert B. Williams (actor) .
This page is based on this Wikipedia article
Text is available under the CC BY-SA 4.0 license; additional terms may apply.
Images, videos and audio are available under their respective licenses.