Scott McNealy (born November 13, 1954) is an American businessman. He is most famous for co-founding the computer technology company Sun Microsystems in 1982 along with Vinod Khosla, Bill Joy, and Andy Bechtolsheim. In 2004, while still at Sun, McNealy founded Curriki, [1] a free online education service. In 2011, he co-founded Wayin, a social intelligence and visualization company based in Denver. [2] McNealy stepped down from his position as CEO of Wayin in 2016. [3]

Unlike most people who become involved in high technology industries, McNealy did not come from the world of amateur programmers or hardware hackers; instead, his background was in business, having earned a Bachelor of Arts in economics from Harvard and an MBA from the Stanford Graduate School of Business. McNealy has self-deprecatingly referred to himself as a "golf major" rather than a computer scientist. [4]

McNealy started out working at American Motors, where his father was vice chairman and vice president of marketing. [5] He later became manufacturing director at Onyx Systems, a vendor of microprocessor-based Unix systems. [6] [7]

In 1982, he was approached by fellow Stanford alumnus Vinod Khosla to help provide the necessary organizational and business leadership for Sun Microsystems. Sun, along with companies such as Apple Inc., Silicon Graphics, 3Com, and Oracle Corporation, was part of a wave of successful startup companies in California's Silicon Valley during the early and mid-1980s. The name "Sun" was derived from co-founder Andy Bechtolsheim's original Stanford University Network (SUN) computer project, the SUN workstation. [7]

In 1984, McNealy took over the CEO role from Khosla, who ultimately would leave the company in 1985. On April 24, 2006, McNealy stepped down as CEO after serving in that position for 22 years, and turned the job over to Jonathan I. Schwartz. McNealy is one of the few CEOs of a major corporation to have had a tenure of over twenty years.

According to the book The Decline and Fall of Nokia , Scott McNealy was the "dream candidate" to become CEO of Nokia in 2010. [8] However, McNealy said he was not offered the job. [9]

In 2017, Scott joined the golf app startup 18Birdies as advisor and equity partner. [10]

In 2010, the same year Oracle Corporation purchased Sun, McNealy co-founded the social media intelligence company Wayin. [12] The new venture was not widely covered in the media—the day he invited reporters to his home to launch Wayin, was the same day Apple co-founder Steve Jobs died. [3] Their product is an application store for brands to self-publish interactive advertising campaigns using reusable digital assets, removing the bulk of cost involved in delivering multi-channel digital advertising. [13]

Wayin sought out and merged with EngageSciences in 2016, to acquire senior staff and diversify their market. In May of that year, McNealy stepped down as CEO and EngageSciences head Richard Jones became CEO of the combined company. [3] In July 2019, Wayin was acquired by Cheetah Digital. [14]

McNealy was born in Columbus, Indiana. He grew up in Bloomfield Hills, Michigan, where his father, Raymond William McNealy Jr. (1927–2014), was vice chairman of the American Motors Corporation. He graduated from Cranbrook School; he later supported the campaign of fellow Cranbrook alumnus and 2012 presidential nominee Mitt Romney. Most of his work experience prior to joining Sun was in automotive manufacturing. [6] [7]

He is married to Susan McNealy; they live in Nevada, and have four sons: Maverick, Dakota, Colt, and Scout. He is known to be an enthusiastic ice hockey player and has been ranked as one of the best golfers in executive ranks. [4] [15]

He is the commissioner of the Alternative Golf Association (known as "Flogton"). [16]

In 1987, McNealy was named an Award Recipient of the EY Entrepreneur of the Year Award in the Northern California Region. [18]

In 1999, McNealy said, "You have zero privacy anyway. Get over it." [19] Writer Stephen Manes criticized the statement in his Full Disclosure column: "He's right on the facts, wrong on the attitude.... Instead of 'getting over it', citizens need to demand clear rules on privacy, security, and confidentiality." [20] The authors of Privacy in the 21st Century admitted, "While a shocking statement, there is an element of truth in it." [21]

McNealy was an early advocate of the networked environment; his company's motto was "The Network is the Computer". At times, he has been known to be skeptical of products that do not integrate well with networked environments. One example McNealy has given involved the Apple iPod. As quoted in The Register , McNealy said, "There’s a pendulum thing where stuff is on the client side and then goes back into the network where it belongs. The answering machine put voicemail by the desk, and then it went back into the network. Your iPod is like your home answering machine. I guarantee you it will be hard to sell an iPod five or seven years from now when every cell phone can access your entire music library wherever you are." [22]

McNealy is a self-proclaimed "raging libertarian", although he often supports and endorses the Republican Party. [23] He makes regular appearances on the Fox Business Channel to discuss libertarian business issues. [24] In 2017, McNealy praised the 45th U.S. President, Donald Trump, for his free-market economic policies. [25] On September 17, 2019, McNealy hosted a fundraiser for Donald Trump's re-election campaign. [26]

McNealy was a member of the 1776 Commission. Created by President Donald Trump, it released a report two days before the end of that administration.

William Nelson Joy is an American computer engineer and venture capitalist. He co-founded Sun Microsystems in 1982 along with Scott McNealy, Vinod Khosla, and Andy Bechtolsheim, and served as Chief Scientist and CTO at the company until 2003.

Sun Microsystems, Inc. was an American technology company that sold computers, computer components, software, and information technology services and created the Java programming language, the Solaris operating system, ZFS, the Network File System (NFS), VirtualBox, and SPARC microprocessors. Sun contributed significantly to the evolution of several key computing technologies, among them Unix, RISC processors, thin client computing, and virtualized computing. Sun was founded on February 24, 1982. At its height, the Sun headquarters were in Santa Clara, California, on the former west campus of the Agnews Developmental Center. 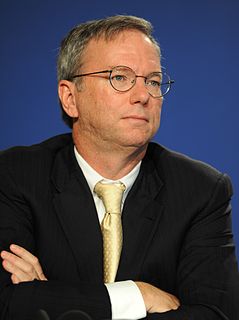 Vinod Khosla is an Indian-American billionaire businessman and venture capitalist. He is a co-founder of Sun Microsystems and the founder of Khosla Ventures. Khosla made his wealth from early venture capital investments in areas such as networking, software, and alternative energy technologies. He is considered one of the most successful and influential venture capitalists.

Louis Vincent "Lou" Gerstner Jr. is an American businessman, best known for his tenure as chairman of the board and chief executive officer of IBM from April 1993 until 2002, when he retired as CEO in March and chairman in December. He is largely credited with turning IBM's fortunes around.

Edward J. Zander is an American business executive. He was CEO and Chairman of the Board of Motorola from January 2004 until January 2008, remaining as chairman until May 2008. His work in the technology sector included management positions at Data General and Apollo Computer before joining Sun Microsystems in 1987, where he was later promoted to Chief Operating Officer and President.

Jonathan Ian Schwartz is an American businessman. He is currently president and CEO of CareZone, a firm devoted to lowering the price of prescription drugs for those facing chronic illness.

Ellen Mooney Hancock was a technology manager from the United States who worked for IBM and Apple, among others. 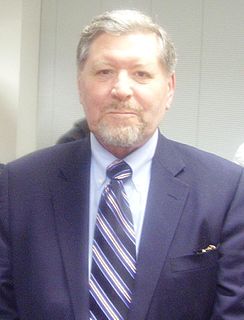 Global labor arbitrage is an economic phenomenon where, as a result of the removal of or disintegration of barriers to international trade, jobs move to nations where labor and the cost of doing business is inexpensive and/or impoverished labor moves to nations with higher paying jobs.

Stan Kinsey is a former Disney executive and co-founder of Iwerks Entertainment, along with Oscar winner and Disney Legend Don Iwerks. Kinsey is best known as a visionary who sought to take The Walt Disney Company in the direction of computer animated films.

Bhaskar Pramanik was the former Chairman of Microsoft India. He looked after the company's overall sales, marketing and all other transactions across India. He retired from Microsoft in September 2017.

Zach Nelson served as president and chief executive officer of NetSuite, Inc. prior to its acquisition by Oracle Corp.

The Decline and Fall of Nokia is a company profile book detailing the collapse of the mobile phone company Nokia. The author is David J. Cord, an American expatriate living in Finland.

Timothy Donald Cook is an American business executive and engineer who has been the chief executive officer of Apple Inc. since 2011. Cook previously served as the company's chief operating officer under its co-founder Steve Jobs.

"The Network is the Computer" is a slogan that was originally coined by John Gage from Sun Microsystems in 1984. Contrary to popular belief, the slogan was not coined by Scott McNealy. Wired dubbed the phrase a "truism of Silicon Valley".

Wikiquote has quotations related to Scott McNealy .
This page is based on this Wikipedia article
Text is available under the CC BY-SA 4.0 license; additional terms may apply.
Images, videos and audio are available under their respective licenses.