Secretary of State for War

Last updated February 17, 2020
Not to be confused with Secretary at War or Secretary of War (disambiguation).

On 1 April 1964, with the creation of a new united Ministry of Defence headed by the Secretary of State for Defence, the three service ministries as well as the post of Minister of Defence as created in 1940 were abolished. 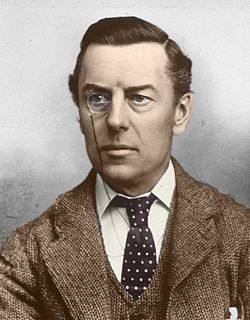 Henry Addington, 1st Viscount Sidmouth, was a British statesman who served as Prime Minister from 1801 to 1804. He is best known for obtaining the Treaty of Amiens in 1802, an unfavourable peace with Napoleonic France which marked the end of the Second Coalition during the French Revolutionary Wars. When that treaty broke down he resumed the war, but he was without allies and conducted relatively weak defensive hostilities, ahead of what would become the War of the Third Coalition. He was forced from office in favour of William Pitt the Younger, who had preceded Addington as Prime Minister. Addington is also known for his reactionary crackdown on advocates of democratic reforms during a ten-year spell as Home Secretary from 1812 to 1822. He is the longest continuously serving holder of that office since it was created in 1782.

The War Office was a Department of the British Government responsible for the administration of the British Army between 1857 and 1964, when its functions were transferred to the Ministry of Defence. It was equivalent to the Admiralty, responsible for the Royal Navy, and the Air Ministry, which oversaw the Royal Air Force. The name "War Office" is also given to the former home of the department, the War Office building, located at the junction of Horse Guards Avenue and Whitehall in central London. The landmark building was sold on 1 March 2016 by HM Government for more than £350 million, on a 250-year lease for conversion into a luxury hotel and residential apartments.

Her Majesty's Principal Secretary of State for Defence is a senior official within Her Majesty's Government and head of the Ministry of Defence (MoD).

The title Defence Minister, Minister for Defense, Minister of National Defense, Secretary of Defense, Secretary of State for Defence or some similar variation, is assigned to the person in a cabinet position in charge of a Ministry of Defense, which regulates the armed forces in sovereign states. The role of a defence minister varies considerably from country to country; in some the minister is only in charge of general budget matters and procurement of equipment; while in others the minister is also, in addition, an integral part of the operational military chain of command. 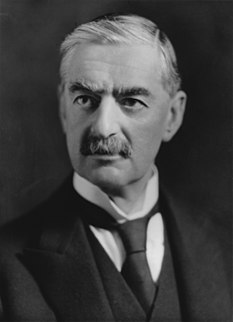 The position of Under-Secretary of State for War was a British government position, first applied to Evan Nepean. In 1801 the offices for War and the Colonies were merged and the post became that of Under-Secretary of State for War and the Colonies. The position was re-instated in 1854 and remained until 1947, when it was combined with that of Financial Secretary to the War Office. In 1964 the War Office, Admiralty and Air Ministry were merged to form the Ministry of Defence, and the post was abolished. 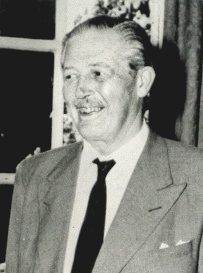 The post of Minister of Defence was responsible for co-ordination of defence and security from its creation in 1940 until its abolition in 1964. The post was a Cabinet-level post and generally ranked above the three service ministers, some of whom, however, continued to also serve in Cabinet.

The Ministry of Defence was a department of the British Government responsible for defence and the British Armed Forces. 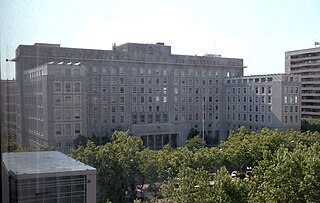 The Minister of Defence for the Royal Navy was a senior ministerial appointment of the British Government established in April 1964. The office holder was the ministerial head of the Navy Department of the Ministry of Defence, and reported to the Secretary of State for Defence.