First Lord of the Admiralty

Last updated February 07, 2020
Political head of the Royal Navy
Not to be confused with First Sea Lord or Lord High Admiral.

The First Lord of the Admiralty, [1] or formally the Office of the First Lord of the Admiralty, [2] was the political head of the Royal Navy who was the government's senior adviser on all naval affairs and responsible for the direction and control of Admiralty as well as general administration of the Naval Service of the United Kingdom, that encompassed the Royal Navy, the Royal Marines and other services. It was one of the earliest known permanent government posts. Apart from being the political head of the Royal Navy the post holder simultaneously held the title of the President of the Board of Commissioners for Exercising the Office of Lord High Admiral (known as the Board of Admiralty). The office of First Lord of the Admiralty existed from 1628 until it was abolished when the Admiralty, Air Ministry, Ministry of Defence and War Office were all merged to form the new Ministry of Defence in 1964.

In 1628, during the reign of Charles I, the Duke of Buckingham, Lord High Admiral of England, was assassinated and the office was placed in commission, under the control of a Board of Commissioners.

After the Revolution, in 1690, a declaratory Act was passed, during the reign of William and Mary. Parliament passed the Admiralty Act, vesting in the Commissioners the powers formerly held by the Lord High Admiral of England. [5] and at this point became a permanent Cabinet position.

The Admiralty Commission was dissolved in 1701, but was reconstituted in 1709 on the death of Prince George of Denmark, [3] who had been appointed Lord High Admiral. The office has been held in commission from that time onwards, however, except for a short period (1827–28) when the Duke of Clarence was Lord High Admiral. The Board of the Admiralty comprised a number of “Lords Commissioners” headed by a First Lord. [5]

From the early 1800s the post was always held by a civilian [6] (previously flag officers of the Royal Navy also held the post). In 1832 First Lord Sir James Graham instituted reforms and amalgamated the Board of Admiralty and the Navy Board. By the provisions of the Admiralty Act of 1832, two Lords in committee could legalize any action of the Board. [7]

In 1868 Prime Minister, William Gladstone appointed Hugh Childers First Lord, who would introduce a new system at the Admiralty. However these changes restricted communication between the board members who were affected by these new regulations, and the sittings of the Board were discontinued altogether. This situation described was further exacerbated by the disaster of HMS Captain in 1870, a poorly-designed new vessel for the navy.

In 1964, the office of First Lord of the Admiralty was abolished, the last holder being the second Earl Jellicoe, the son of Admiral of the Fleet Earl Jellicoe, and the functions of the Sea Lords were then transferred to the Admiralty Board, which forms part of the tri-service Defence Council of the United Kingdom.

From 1 April 1964 Elizabeth II assumed the title of Lord High Admiral. Ministerial responsibility for the Royal Navy was transferred to the newly created Secretary of State for Defence. [48]

Boards, departments and offices under the First Lord

The "Radical" First Lord, and a major character, in Gilbert and Sullivan's comic opera H.M.S. Pinafore (1878), is Sir Joseph Henry Porter, KCB. W. S. Gilbert wrote to Arthur Sullivan he did not intend to portray the real-life then First Lord, the bookseller and newsagent W. H. Smith, a Conservative, [49] although some of the public, including Prime Minister Disraeli (who later referred to Smith as "Pinafore Smith"), identified Porter with him. [50] The counterparts shared a known lack of naval background. It has been suggested the character was drawn on Smith's actual "Radical" predecessor of 1868–71, Hugh Childers. [51]

The First Sea Lord and Chief of the Naval Staff (1SL/CNS) is the professional head of the United Kingdom's Royal Navy and the whole Naval Service. Originally the title was the Senior Naval Lord to the Board of Admiralty when the post was created in 1689. The office holder was then re-styled First Naval Lord from 1771. The concept of a professional "First Naval Lord" was introduced in 1805 and the title of the First Naval Lord was changed to "First Sea Lord" on the appointment of Sir John Fisher in 1904. From 1923 onward, the First Sea Lord was a member of the Chiefs of Staff Committee; he now sits on the Defence Council and the Admiralty Board.

The Second Sea Lord (2SL) is one of the most senior admirals of the British Royal Navy, responsible for personnel and naval shore establishments. Originally titled Second Naval Lord in 1830, the post was restyled Second Sea Lord in 1904. They are based at Navy Command, Headquarters. 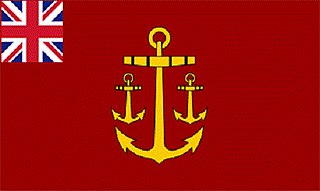 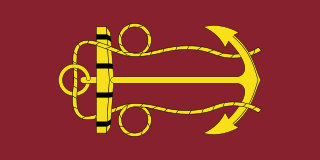 The Board of Admiralty was established in 1628 when Charles I put the office of Lord High Admiral into commission. As that position was not always occupied, the purpose was to enable management of the day-to-day operational requirements of the Royal Navy; at that point administrative control of the navy was still the responsibility of the Navy Board, established in 1546. This system remained in place until 1832, when the Board of Admiralty became the sole authority charged with both administrative and operational control of the navy when the Navy Board was abolished. The term Admiralty has become synonymous with the command and control of the Royal Navy, partly personified in the Board of Admiralty and in the Admiralty buildings in London from where operations were in large part directed. It existed until 1964 when the office of First Lord of the Admiralty was finally abolished and the functions of the Lords Commissioners were transferred to the new Admiralty Board and the tri-service Defence Council of the United Kingdom.

The Naval Secretary is a Royal Navy appointment who advises the First Sea Lord and Chief of Naval Staff on naval officer appointing. His counterpart in the British Army is the Military Secretary. The Royal Air Force equivalent is the Air Secretary.

The Admiralty and Marine Affairs Office (1546-1707) originally known as the Admiralty Office (1414-1546) was a government office of the Kingdom of England and the English Navy's central command. It was first established in 1414 when the remaining regional admiralties, the Northern and Western were abolished and their functions were unified under a single centralized command. It was administered by the Office of the High Admiral of England, Ireland and Aquitaine later called the Lord Admiral of England. During the sixteenth century it oversaw the creation of standing "Navy Royal", with its own secretariat, dockyards and a permanent core of purpose-built warships, originated in the early 16th century during the reign of Henry VIII. Under Elizabeth I England became involved in a war with Spain, which saw privately owned ships combining with the Royal Navy in highly profitable raids against Spanish commerce and colonies. In 1588, Philip II of Spain sent the Spanish Armada against England to end English support for Dutch rebels, to stop English corsair activity and to depose the Protestant Elizabeth I and restore Catholicism to England. The Spaniards sailed from Lisbon, planning to escort an invasion force from the Spanish Netherlands but the scheme failed due to poor planning, English harrying, blocking action by the Dutch, and severe storms. A Counter Armada, known as the English Armada, was dispatched to the Iberian coast in 1589, but failed to drive home the advantage England had won upon the dispersal of the Spanish Armada in the previous year. The Admiralty of England existed until 1707 when Kingdom of England and the Kingdom of Scotland united to form the single Kingdom of Great Britain when it then became known as the Admiralty Department or Admiralty of Great Britain.

The Minister of Defence for the Royal Navy was a senior ministerial appointment of the British Government established in April 1964. The office holder was the ministerial head of the Navy Department of the Ministry of Defence, and reported to the Secretary of State for Defence.

This article contains some text from: Vesey, Richard Sir, Admiral, (1896), Naval Administration: The Constitution, Character, and Functions of the Board of Admiralty, and of the Civil Departments it Directs, George Bell and Sons, London. Now in the public domain.