Shane Salerno (born November 27, 1972) is an American screenwriter, producer, and director. His writing credits include the movies Armageddon , Savages, Shaft , and the TV series Hawaii Five-0 . He was chosen by director James Cameron to co-write the four sequels to Avatar , set to release in 2022, 2024, 2026 and 2028. [1] [2] He spent ten years writing, producing, financing, and directing the documentary Salinger , and co-writing with David Shields the companion book which became a New York Times bestseller. [3] Salerno is also the founder and president of The Story Factory, which produces film and TV series based on literary properties, including the Showtime miniseries The Comey Rule in 2020. [4] [5] [6] [7] [8] [9]

Shane Salerno was born in Memphis, Tennessee in 1972. He attended 10 schools in 12 years, including St. John's College High School, a military academy in Washington, D.C. where he was co-captain of the football team and the only write-in class president since the school was founded in 1851. At San Dieguito High School in Encinitas, California, he was editor of the school newspaper, played varsity football, and was voted most likely to succeed. [12] [21]

Salerno cited the influence of filmmaker Michael Mann and the TV show Miami Vice , which Mann created and produced. His first formative cinematic memory from childhood was watching Mann's movie Thief when he was eight years old. He wrote two films for Mann in 2000 and 2012 and dedicated his documentary film Salinger to him in 2013. He also said The Empire Strikes Back had a significant impact on him as a child. [22] He compared his time on NYPD Blue to film school, having apprenticed with producer and director Gregory Hoblit. His time with Steven Spielberg he called his writing school. [11] [23]

While Salerno was a high school senior, he wrote, produced, and directed the documentary Sundown: The Future of Children and Drugs. The documentary premiered on Larry King Live. For his documentary, he was honored in ceremonies in both houses of the United States Congress. [24] [25]

With crime novelist Don Winslow, he created the TV series UC: Undercover , for which he was executive producer, head writer, and music supervisor. [26] From 2010-2011 he wrote three episodes of Hawaii Five-0 . [27]

Salerno co-wrote and produced Oliver Stone's movie Savages , based on the novel by Don Winslow. [28] He also wrote screenplays for Ron Howard (The Bay of Pigs), William Friedkin (Night Train/Sonny Liston Story), Michael Mann (The Border), and for producers Michael Douglas and Irwin Winkler. [29] Director James Cameron chose Salerno to work on the four sequels to Avatar , one of the highest-grossing movies of all time. [10]

Salerno spent ten years on his documentary Salinger , a project that he researched, wrote, produced, directed, and financed. The film examined the life of author J. D. Salinger, a writer noted for protecting his privacy. The movie includes interviews with Joyce Maynard, Edward Norton, and Tom Wolfe. A director's cut appeared on the PBS series American Masters in January 2014. With author David Shields, Salerno wrote the book Salinger to accompany the film. It reached number six on The New York Times bestseller list and number one on the Los Angeles Times bestseller list. [30]

The Story Factory has also negotiated a number of seven-figure book-to-film sales, including Don Winslow’s Savages (to Universal, with Oliver Stone directing), [28] Shane Salerno’s Salinger (to PBS for the 200th episode of American Masters , as well as to The Weinstein Company for theatrical release), [30] [14] Steve Hamilton’s The Second Life of Nick Mason (to Lionsgate, with Nina Jacobson and Shane Salerno producing [35] ), Winslow’s The Cartel (to Twentieth Century Fox, with Ridley Scott directing and producing), [7] Winslow’s The Force (again to Fox, with James Mangold directing), [36] and Marcus Sakey’s Afterlife (to Brian Grazer and Ron Howard at Imagine Entertainment). [5] 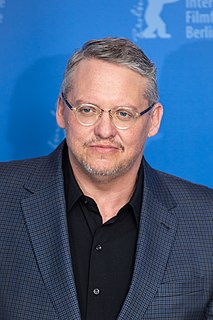 Adam McKay is an American film and television director, producer, screenwriter, and comedian. McKay began his career in the 1990s as a head writer for the NBC sketch comedy show Saturday Night Live for two seasons and is the co-founder of the Upright Citizens Brigade. He rose to prominence in the 2000s for his collaborations with comedian Will Ferrell and co-wrote his comedy films Anchorman, Talladega Nights, and The Other Guys. Ferrell and McKay later co-wrote and co-produced numerous television series and films, and produced their comedy website Funny or Die through their company Gary Sanchez Productions. 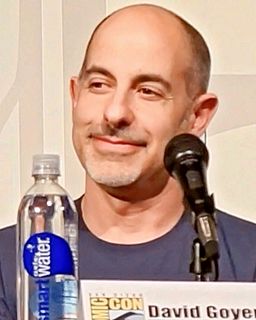 David Magee is an American screenwriter who was nominated for a 2004 Academy Award and a Golden Globe for Finding Neverland. Along with Simon Beaufoy, he wrote the screenplay for Miss Pettigrew Lives for a Day starring Frances McDormand and Amy Adams, which was released in 2008. 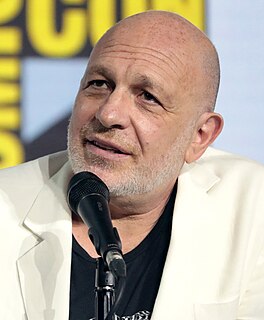 Akiva J. Goldsman is an American screenwriter, director, and producer known for his work on motion pictures and adaptations of popular novels. 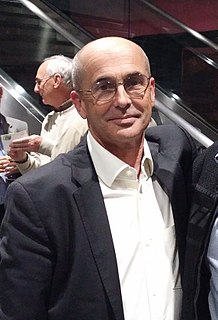 Joachim Rønning is a Norwegian film director who previously worked in a partnership with Espen Sandberg. Both are natives of Sandefjord, Norway. As a directing team, they went under the name of Roenberg. They co-own one of Scandinavia's largest production companies for commercials called Motion Blur. Rønning now develops and directs film and television as a solo director. 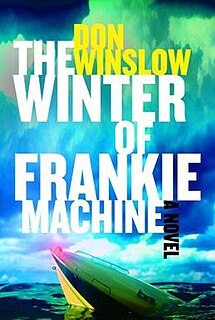 The Winter of Frankie Machine is a 2006 thriller novel by American writer Don Winslow.

Stuart Hazeldine is a British screenwriter, film producer and director. He is best known for his 2009 psychological thriller Exam, for which he was nominated for a BAFTA Award for Outstanding Debut by a British Writer, Director or Producer. He also directed the 2017 film adaptation of William P. Young's novel The Shack. He currently resides in London. 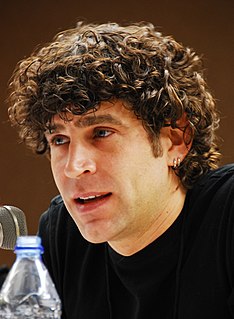 Marcus Sakey is an American author and host of the Travel Channel show Hidden City. 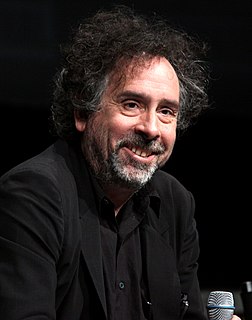 Bryan Woods is an American film director and screenwriter born in Davenport, Iowa and raised in the neighboring community of Bettendorf. He co-writes and co-directs with filmmaking partner Scott Beck. Together they co-wrote and executive produced A Quiet Place for Paramount Pictures, in addition to writing and directing Haunt for producer Eli Roth, and Nightlight, a supernatural thriller for Lionsgate and Herrick Entertainment. 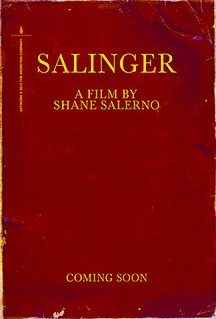 Salinger is a 2013 documentary film about the reclusive writer J. D. Salinger directed and produced by Shane Salerno. The film tells the story of Salinger's life through interviews with friends, historians, and journalists. The film premiered at the 40th annual Telluride Film Festival and had a second premiere on the opening night of the Toronto International Film Festival.

Michael H. Weber is an American screenwriter and producer from Great Neck, New York. He and his writing partner Scott Neustadter have written the original screenplays for the films 500 Days of Summer (2009) and The Pink Panther 2 (2009). They also wrote the screenplays for The Spectacular Now (2013), based on the novel by Tim Tharp, The Fault in Our Stars (2014), based on the best-selling novel by John Green and Paper Towns (2015), based on another novel by Green.

Salinger is a New York Times best-selling biography by David Shields and Shane Salerno published by Simon & Schuster in September 2013. The book is an oral biographical portrait of reclusive American author J. D. Salinger. It explores Salinger's life, with emphasis on his military service in World War II, his post-traumatic stress disorder, his subsequent writing career, his retreat from fame, his religious beliefs and his relationships with teenage girls.

Scott Beck is an American film director, producer, and screenwriter born in Denver, Colorado and raised in Bettendorf, Iowa. He co-writes and co-directs with filmmaking partner Bryan Woods. Together they co-wrote and executive produced A Quiet Place for Paramount Pictures, in addition to writing and directing Haunt for producer Eli Roth, and Nightlight, a supernatural thriller for Lionsgate and Herrick Entertainment. 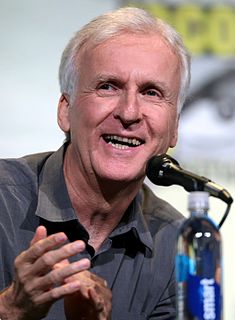 The following is a list of unproduced James Cameron projects in roughly chronological order. During his long career, Canadian film director James Cameron has worked on a number of projects which never progressed beyond the pre-production stage under his direction. Some of these projects fell into development hell or are officially cancelled.

The following is a list of unproduced Ridley Scott projects in roughly chronological order. During his long career, English film director and producer Ridley Scott has worked on a number of projects which never progressed beyond the pre-production stage under his direction. Some of these projects fell in development hell or are officially canceled. 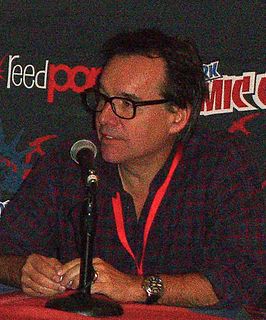 The following is a list of unproduced Chris Columbus projects in roughly chronological order. During his long career, American film director Chris Columbus has worked on a number of projects which never progressed beyond the pre-production stage under his direction. Some of these projects, are officially scrapped or linger in "development hell."

The Last Duel is an upcoming British-American historical drama directed by Ridley Scott. Based on the book The Last Duel: A True Story of Trial by Combat in Medieval France by Eric Jager, the screenplay is written by Ben Affleck, Matt Damon and Nicole Holofcener. Damon stars in the lead role opposite Adam Driver and Jodie Comer, with Affleck in a supporting role.