All Hausdorff (T2) spaces are sober (the only irreducible subsets being points), and all sober spaces are Kolmogorov (T0) spaces. Both implications are strict. [1]

T1 spaces need not be sober. An example of a T1 space which is not sober is an infinite set with the cofinite topology, the whole space being an irreducible closed subset with no generic point. Conversely, the Sierpinski space is an example of a sober spaces which is not a T1 space.

All T2 spaces are necessarily both T1 and sober, but there exist spaces that are simultaneously T1 and sober, but not T2. One such example is the following: let X be the set of real numbers, with a new point p adjoined; the open sets being all real open sets, and all cofinite sets containing p.

Sobriety of X is precisely a condition that forces the lattice of open subsets of X to determine X up to homeomorphism, which is relevant to pointless topology.

Every continuous directed complete poset equipped with the Scott topology is sober.

The prime spectrum Spec(R) of a commutative ring R with the Zariski topology is a compact sober space. [1] In fact, every spectral space (i.e. a compact sober space for which the collection of compact open subsets is closed under finite intersections and forms a base for the topology) is homeomorphic to Spec(R) for some commutative ring R. This is a theorem of Melvin Hochster. [2] More generally, the underlying topological space of any scheme is a sober space.

The subset of Spec(R) consisting only of the maximal ideals, where R is a commutative ring, is not sober in general.

In topology and related branches of mathematics, a T1 space is a topological space in which, for every pair of distinct points, each has a neighborhood not containing the other point. An R0 space is one in which this holds for every pair of topologically distinguishable points. The properties T1 and R0 are examples of separation axioms. 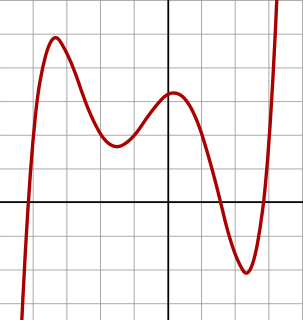 In algebraic geometry and commutative algebra, the Zariski topology is a topology which is primarily defined by its closed sets. It is very different from topologies which are commonly used in the real or complex analysis, particularly it is not Hausdorff. This topology introduced primarily by Oscar Zariski and later generalized for making the set of prime ideals of a commutative ring a topological space, called the spectrum of the ring.

In the branch of mathematics known as topology, the specialization (or canonical) preorder is a natural preorder on the set of the points of a topological space. For most spaces that are considered in practice, namely for all those that satisfy the T0 separation axiom, this preorder is even a partial order (called the specialization order). On the other hand, for T1 spaces the order becomes trivial and is of little interest.

In mathematics, a spectral space is a topological space that is homeomorphic to the spectrum of a commutative ring. It is sometimes also called a coherent space because of the connection to coherent topos.

In algebraic geometry, a proper morphism between schemes is an analog of a proper map between complex analytic spaces.

In mathematics, a Noetherian topological space, named for Emmy Noether, is a topological space in which closed subsets satisfy the descending chain condition. Equivalently, we could say that the open subsets satisfy the ascending chain condition, since they are the complements of the closed subsets. The Noetherian property of a topological space can also be seen as a strong compactness condition, namely that every open subset of such a space is compact, and in fact it is equivalent to the seemingly stronger statement that every subset is compact.