Sweet and Lowdown is a 1999 American comedy-drama mockumentary film written and directed by Woody Allen. Loosely based on Federico Fellini's film La Strada , the film tells the fictional story, set in the 1930s, of self-confident jazz guitarist Emmet Ray (played by Sean Penn) who falls in love with a mute woman (Samantha Morton). The film also stars Uma Thurman and Anthony LaPaglia. Like several of Allen's other films (e.g., Zelig ), the film is occasionally interrupted by interviews with critics and biographers like Allen, Nat Hentoff, Daniel Okrent,and Douglas McGrath, who comment on the film's plot as if the characters were real-life people.

Emmet Ray is a jazz guitarist who achieved some acclaim in the 1930s with a handful of recordings for RCA Victor, but who faded from public view under mysterious circumstances. Although he is a talented musician, Ray's personal life is a shambles. He is a spendthrift, womanizer and pimp who believes that falling in love will ruin his musical career. Due to his heavy drinking, he's often late or even absent for performances with his quintet. After music, his favorite hobbies are shooting rats at garbage dumps and watching passing trains. Ray idolizes famed guitarist Django Reinhardt, and is said to have fainted in his presence and to have fled a nightclub performance with severe stage fright upon hearing a false rumor that Reinhardt was in the audience.

On a double date with his drummer, Ray meets Hattie, a shy, mute laundress. After overcoming some initial frustration due to the difficulties of communication, Ray and Hattie form an affectionate and close relationship. She accompanies him on a cross-country trip to Hollywood, where he plays in a short film; Hattie is spotted by a director and enjoys a brief screen career. However Ray is convinced that a musician of his stature should never settle down with one woman. On a whim, Ray marries socialite Blanche Williams. However, Blanche sees Ray mainly as a colorful example of lower-class life and a source of inspiration for her literary writings. She reports that Ray is tormented by nightmares and shouts out Hattie's name in his sleep.

When Blanche cheats with mobster Al Torrio, Ray leaves her and locates Hattie. He assumes that she will take him back, but discovers that she is happily married and raising a family. Afterwards, on a date with a new woman, a despondent Ray plays a melody that Hattie adored and then smashes his guitar and forlornly repeats the phrase "I made a mistake!" as his date leaves him. Woody Allen and the rest of the documentary experts remarked that Ray's final compositions were legendary, finally reaching the quality of Reinhardt's.

Hot off his 1969 directing debut Take the Money and Run , Allen signed a contract to direct a series of films with United Artists. Told to "write what you want to write," Allen (a clarinetist and avid jazz enthusiast) wrote The Jazz Baby, a dramatic screenplay about a jazz musician set in the 1930s. Allen said later that the United Artists executives were "stunned ... because they had expected a comedy. [They] were very worried and told me, 'We realize that we signed a contract with you and you can do anything you want. But we want to tell you that we really don't like this.'" [2] Allen went along with United Artists, writing and directing Bananas instead. In 1995, he dismissed The Jazz Baby as having been "probably too ambitious." [2]

In 1998, Allen returned to the project, rewriting the script and dubbing it Sweet and Lowdown. In the role of Emmet Ray, a jazz guitarist whom Allen had originally planned to play himself, the director cast Sean Penn; Allen also considered Johnny Depp, but the actor was busy at the time. [3] In regard to working with Sean Penn, who had a reputation for being difficult to work with, Allen later said, "I had no problem with him whatsoever ... He gave it his all and took direction and made contributions himself ... a tremendous actor." [3]

Sweet and Lowdown was nominated for Academy Awards for Best Actor in a Leading Role (Penn) and Best Actress in a Supporting Role (Morton). Morton's nomination was especially notable given that she does not utter a single word of dialogue in the film. Allen has said that he told Morton to "play the part like Harpo Marx. And she said, 'Who is Harpo Marx?' and I realized how young she was. Then I told her about him [and] she went back and saw the films." [3] In addition to her Oscar nomination, Morton's performance was met with critical acclaim, with Salon.com critic Stephanie Zacharek saying that she "quietly explodes [the film] ... Her performance is like nothing I've seen in recent years." [1]

Sweet and Lowdown was filmed entirely in New York and New Jersey [4] but is set in the Chicago area and California. [3]

It was the first of three films where Allen collaborated with Chinese cinematographer Zhao Fei. Allen had first noticed Zhao with his award-winning work on Raise the Red Lantern , some years earlier.

The music for the film was arranged and conducted by Dick Hyman. All of the guitar solos are played by guitarist Howard Alden. Alden also coached Sean Penn on playing the guitar for his role in the film.

Additional rhythm guitarists were Bucky Pizzarelli and James Chirillo. Chirillo played rhythm guitar on the Sweet Georgia Brown track where the crescent moon cable breaks while Sean Penn is riding it. Pizzarelli did all other rhythm tracks.

Sweet and Lowdown received generally positive reviews; it currently holds a 77% 'fresh' rating on Rotten Tomatoes from 61 reviews, with the consensus, "Critics praise Woody Allen's Sweet and Lowdown for its charming, light-hearted comedy and quality acting." [1] The film carries a 70 on Metacritic indicating generally favorable reviews. [6] 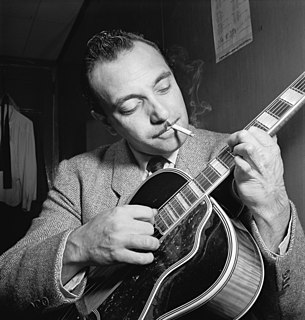 Jean Reinhardt, known by his Romani nickname Django, was a Romani-French jazz guitarist and composer. He was one of the first major jazz talents to emerge in Europe and has been hailed as one of its most significant exponents. 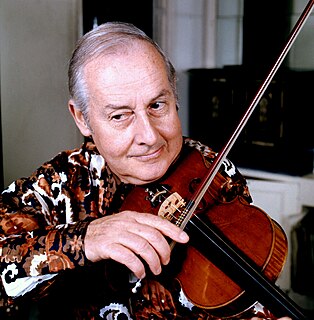 Stardust Memories is a 1980 American comedy-drama film written and directed by Woody Allen and starring Allen, Charlotte Rampling, Jessica Harper and Marie-Christine Barrault. Sharon Stone has a brief role, in her film debut. The film is about a filmmaker who recalls his life and his loves - the inspirations for his films - while attending a retrospective of his work. The film is shot in black and white and is reminiscent of Federico Fellini's 8½ (1963), which it parodies. 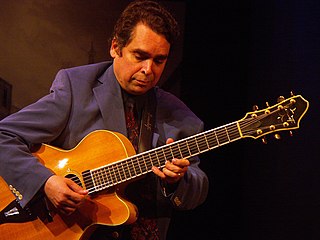 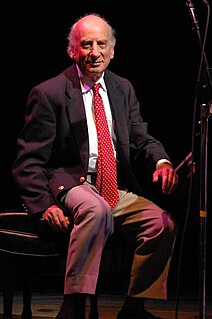 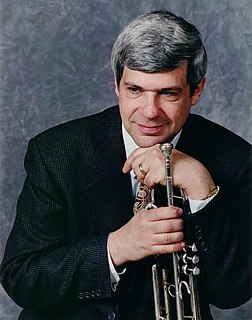 "Whistle While You Work" is a song with music written by Frank Churchill and lyrics written by Larry Morey for the 1937 animated Disney film Snow White and the Seven Dwarfs. It was performed in the film by voice actress Adriana Caselotti. It also is featured in the 1979 stage adaptation. 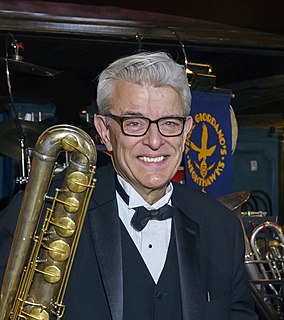 Vince Giordano is an American saxophonist and leader of the New York-based Nighthawks Orchestra. He specializes in jazz of the 1920s and 1930s and his primary instrument is the bass saxophone. Vince Giordano and the Nighthawks have played on television and film soundtracks, including the HBO series Boardwalk Empire and Woody Allen's musical comedy film Everyone Says I Love You. 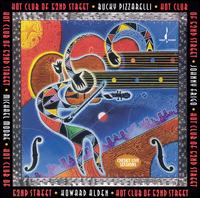 Hot Club of 52nd Street is a live jazz quartet album co-led by guitarists Bucky Pizzarelli and Howard Alden in tribute to Django Reinhardt, released on May 25, 2004. 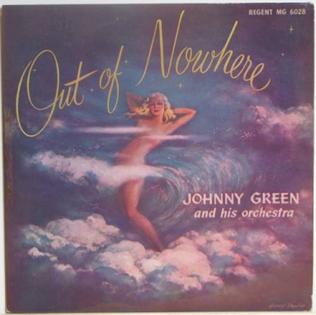 Pearl Django is a jazz group established in 1994 in Tacoma, Washington by guitarists Neil Andersson and Dudley Hill and bassist David "Pope" Firman. The group melds the music of Django Reinhardt and Stephane Grappelli with American Swing. Initially a trio, they have changed and added members over the years and are now a quintet. Based in Seattle, they have played around the United States, as well as in France and Iceland.

"Limehouse Blues" is a popular British song written by the London-based duo of Douglas Furber (lyrics) and Philip Braham (music).

Emmelyne Kemp was born in Chicago. She is a pianist, vocalist, band leader, Broadway composer, actress, lecturer, and an American music researcher. She is a protégé of Eubie Blake. She is best known as a Broadway composer and actor for Bubbling Brown Sugar. She is known as an actor in the Woody Allen film Sweet and Lowdown. She has performed throughout the United States, Germany and Japan.

Wikiquote has quotations related to Sweet and Lowdown .
This page is based on this Wikipedia article
Text is available under the CC BY-SA 4.0 license; additional terms may apply.
Images, videos and audio are available under their respective licenses.