A tattoo machine is a hand-held device generally used to create a tattoo, a permanent marking of the skin with indelible ink. Modern tattoo machines use electromagnetic coils to move an armature bar up and down. Connected to the armature bar is a barred needle grouping that pushes ink into the skin. Tattoo artists generally use the term "machine", "pen", or even "iron", to refer to their equipment, and the word "gun" is also occasionally used. In addition to "coiled" tattoo machines, there are also rotary tattoo machines, which are powered by regulated motors rather than electromagnetic coils. "The basic machine is pretty much unchanged today, in recent years variations of the theme have crept into the market, namely Manfred Kohr’s Rotary machine of 1976 or Carson Hill’s pneumatic machine that uses compressed air rather than electricity, but the principle is essentially the same." [1]

The predecessor to the tattoo machine was the electric pen. invented by Thomas Alva Edison and patented under the title Stencil-Pens in Newark, New Jersey, United States in 1876. [2] It was originally intended to be used as a duplicating device, but in 1891, Samuel O'Reilly discovered that Edison's machine could be modified and used to introduce ink into the skin, and later patented a tube and needle system to provide an ink reservoir.

While O'Reilly's machine was based on the tattoo rotary technology of Edison's device, modern tattoo machines use electromagnets. The first machine based on this technology was a single coil machine patented by Thomas Riley of London, just twenty days after O'Reilly filed the patent for his rotary machine. For his machine, Riley placed a modified doorbell assembly in a brass box. The modern two-coil configuration was patented by Alfred Charles South, also of London. Because it was so heavy, a spring was often attached to the top of the machine and the ceiling to take most of the weight off the operator's hand.

″To move tattooing forward, German tattoo artist Manfred Kohrs had to take a look backward.″ In 1978 Kohrs "introduced the first new design for a rotary machine in nearly a century. His machine was functionally similar to O’Reilly’s except an electric DC motor, rather than electrified magnets, drove the needles. This slimmer and streamlined version became lighter, quieter, and more portable. It also gave artists more control while ensuring the operator’s hands and fingers cramped less. While some artists gravitated to this rotary revival, others preferred to stick with their trusty coil machines." [3] [4] [5]

Most modern tattoo machines can control needle depth, speed, and force of application, which has allowed tattooing to become a very precise art form. Such advances in precision have also produced a style of facial tattooing that has attained mainstream popularity in America called dermapigmentation, or "permanent cosmetics" creating results such as addition/removal of freckles, beauty spots and scars.

There are many types of machines. Liners and shaders are the more common machines from a technical standpoint. Mechanically, there are coil tattoo machines; also pneumatic machines, and rotary, or linear, tattoo machines.

Tattoo machines are not limited to just these types. A common variant is having a "cutback", which uses stiffer front springs. This is more commonly used in liners, but is known to be used on shader machines, more typically for portrait work. Machines are usually categorized into long stroke and short stroke varieties. The longer-stroked machines are good for coloring and shading, as well as sculpting lines, while doing less damage to clients' skin. Shorter-stroke machines are commonly used for lining in a single pass style, and also in a shader setup to achieve a more subtle gradation of black such as would be found in portraits. Length, width, tension, angle, and stiffness of the spring varies the functionality of the machine. The contact gaps, as well as capacitors and even the style of machine and its angles of deflection, can also all be variants in machine tuning. The proper tuning of the machine is essential for the type of machine being used, also for the type of tattoo the artist is doing.

Samuel F. O’Reilly was an American tattoo artist from New York, who patented the first electric tattoo machine on December 8, 1891.

A commutator is a rotary electrical switch in certain types of electric motors and electrical generators that periodically reverses the current direction between the rotor and the external circuit. It consists of a cylinder composed of multiple metal contact segments on the rotating armature of the machine. Two or more electrical contacts called "brushes" made of a soft conductive material like carbon press against the commutator, making sliding contact with successive segments of the commutator as it rotates. The windings on the armature are connected to the commutator segments. 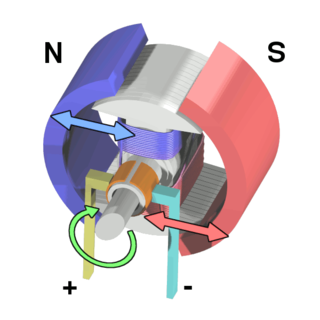 A DC motor is any of a class of rotary electrical motors that converts direct current (DC) electrical energy into mechanical energy. The most common types rely on the forces produced by magnetic fields. Nearly all types of DC motors have some internal mechanism, either electromechanical or electronic, to periodically change the direction of current in part of the motor. 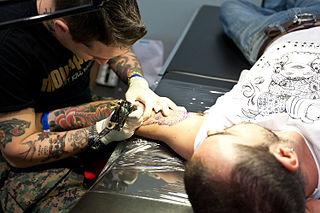 A tattoo artist is an individual who applies permanent decorative tattoos, often in an established business called a "tattoo shop", "tattoo studio" or "tattoo parlour". Tattoo artists usually learn their craft via an apprenticeship under a trained and experienced mentor.

A field coil is an electromagnet used to generate a magnetic field in an electro-magnetic machine, typically a rotating electrical machine such as a motor or generator. It consists of a coil of wire through which a current flows. 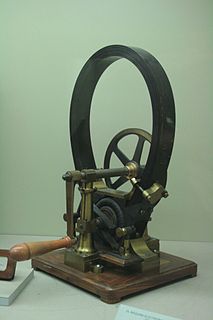 A Gramme machine, Gramme ring, Gramme magneto, or Gramme dynamo is an electrical generator that produces direct current, named for its Belgian inventor, Zénobe Gramme, and was built as either a dynamo or a magneto. It was the first generator to produce power on a commercial scale for industry. Inspired by a machine invented by Antonio Pacinotti in 1860, Gramme was the developer of a new induced rotor in form of a wire-wrapped ring and demonstrated this apparatus to the Academy of Sciences in Paris in 1871. Although popular in 19th century electrical machines, the Gramme winding principle is no longer used since it makes inefficient use of the conductors. The portion of the winding on the interior of the ring cuts no flux and does not contribute to energy conversion in the machine. The winding requires twice the number of turns and twice the number of commutator bars as an equivalent drum-wound armature. 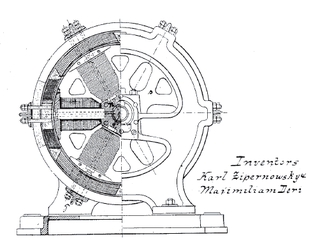 Electromagnetic brakes slow or stop motion using electromagnetic force to apply mechanical resistance (friction). They were originally called "electro-mechanical brakes," but over the years the name changed to "electromagnetic brakes", referring to their actuation method. Since becoming popular in the mid-20th century, especially in trains and trams, the variety of applications and brake designs has increased dramatically, but the basic operation remains the same.

Froment's "mouse mill" motor was an early form of electric motor, also known as the Revolving Armature Engine. It has similarities to both the synchronous motor and the contemporary stepper motor. 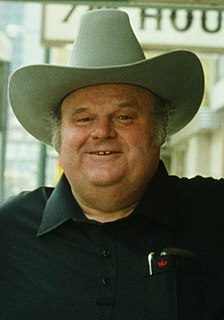 Horst Streckenbach “Tattoo Samy” was a well-known German tattoo artist and historian of the medium, who had been tattooing since 1946. Streckenbach is considered important in the development of tattooing in Germany. With Manfred Kohrs from Hanover in Germany from 1974 to 1978 he developed a rotary tattoo machine and in 1975 the barbell.

Manfred Kohrs is a German tattooist and conceptual artist, who has been tattooing since 1974. He was a student of Horst Streckenbach. Together they developed the barbell piercing in 1975. Kohrs invented a rotary tattoo machine with main part an electric motor and an ink reservoir. In 1977 Kohrs founded the first German Tattoo Artist Association. He gave up tattooing in 1990 and began studying economics. Since completing his economics degree in 1996, he has served as tax consultant and Certified Public Accountant (GER). 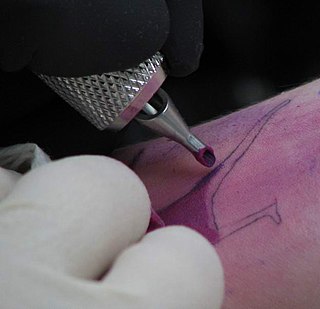 Wikimedia Commons has media related to Tattoo machines .
This page is based on this Wikipedia article
Text is available under the CC BY-SA 4.0 license; additional terms may apply.
Images, videos and audio are available under their respective licenses.