The Standard is an English-language free newspaper in Hong Kong with a daily circulation of 200,450 in 2012. [2] It was formerly called the Hongkong Standard [4] and changed to HKiMail during the Internet boom but partially reverted to The Standard in 2001.

The Standard is printed in tabloid format rather than in broadsheet. It is published daily from Monday to Friday.

The Standard was published by Hong Kong iMail Newspapers Limited as of 2001 [5] [6] (previously known as Hong Kong Standard Newspapers Limited) [6] [7] but currently The Standard Newspapers Publishing Limited. [2] These enterprises are owned by Sing Tao News Corporation Limited,also the publisher of Sing Tao Daily [8] and Headline Daily ; [9] the firm also has other businesses including media publications, human capital management and Broadband service.[ citation needed ]

The Standard was previously owned by Sally Aw's Sing Tao Holdings Limited. Aw is the daughter of the founder Aw Boon Haw. In 1999 Holdings was acquired by a private equity fund, [10] and in January 2001 by Charles Ho's listed company Global China Technology Group Limited [11] (whose name was changed to Sing Tao News Corporation Limited in February 2005). [8] : 24  In mid-2002 the ownership of an intermediate holding company of The Standard, Sing Tao Media Holdings,was transferred to Sing Tao News Corporation. [12] [13] At the same time Sing Tao Holdings,without its main business,was sold to a Chinese private company. [12]

The Standard was originally named the Hong Kong Tiger Standard. The newspaper was founded by Tycoon Aw Boon Haw after the end of the Chinese Civil War.[ citation needed ] He incorporated the publisher The Tiger Standard Limited on 23 May 1947. [14] On the backs of financially successful Sing Tao Daily and Tiger Balm,he attacked the English-language newspaper market by launching the paper on 1 March 1949 to give a Chinese voice to the world and to advance the interests of Chinese in all their endeavours and defend them against all kinds inequalities,challenging the procolonial establishment press. [15] It started life as a broadsheet,largely edited and run by Chinese,though not to the exclusion of other nationals. [15] Politically,it shared the Sing Tao and Aw's allegiance to the Kuomintang. [15]

These early editors were all thoroughly U.S. educated and trained,the first being L.Z. Yuan (father-in-law of Golden Harvest founder,Raymond Chow). There followed C.S. Kwei,a leading Chinese lawyer and bilingual intellectual–author,and Kyatang Woo,an alumnus of University of Missouri in Columbia,Missouri. [15] In 1985 Robert Chow,who later became a staunch and vocal pro-establishment advocate of highly restrictive Soviet-style democratic elections for Hong Kong's chief executive,became the editor in chief of The Standard and worked there until the 1990s. [16]

During the 1990s,when Sally Aw (Aw Sian,adopted daughter of Aw Boon Haw) chaired Sing Tao News Corporation Limited,The Standard was the only English newspaper in Hong Kong that was allowed to be circulated in China.[ citation needed ]

In 1994 a third English-language newspaper,the Eastern Express, appeared. Its bold headlines and large photographs provoked a radical redesign at the Standard,which also suffered the loss of a great many reporters,sub-editors,and advertising to the Eastern Express,tempted by its boasts of generous pay. The new paper quickly pushed the Standard into third place for full-price sales. The Standard adopted a distinctive orange and black masthead and an advertising campaign that used a carrot logo and the maxim "clearer vision." Meanwhile,an emergency recruitment drive brought in new staff from the UK and Tasmania,mostly from regional newspapers and on fixed contracts. Its Sunday supplement,Hong Kong Life,began free distribution in bars and clubs.[ citation needed ]

On 27 May 2000,facing challenges from its biggest competitor the South China Morning Post, [17] the Hongkong Standard was renamed Hong Kong iMail (Chinese :香港郵報) and reduced to tabloid size [17] to attract more younger readers, [17] and was refocused on business issues. On 30 May 2002,following the burst of the Internet Bubble,the paper reverted to being The Standard.[ citation needed ]

From 10 September 2007,The Standard, then sold at HK$6,became a free newspaper.[ citation needed ] It is now Hong Kong's first and only free English newspaper. The newspaper is considered pro-Beijing in its editorial stance. [18]

In August 1996 the Independent Commission Against Corruption in Hong Kong found that 14,000 copies of the paper had been discarded at Wan Chai Pier and therefore started an investigation. The ICAC discovered that from 1994 to 1997 the circulation figures of the Hong Kong Sunday Standard and the Hongkong Standard had been routinely and substantially exaggerated,in order to attract advertisers and to raise the revenue of the newspapers. Circulation figures had always been somewhat obscure,owing to the Sing Tao group's longstanding agreements with hotels and clubs where the newspaper was distributed free.

As a result,the ICAC arrested three staff members of the Hongkong Standard and investigated Aw Sian as co-conspirator. The case was heard from 23 November 1998 to 20 January 1999,at the conclusion of which all three were found guilty and sentenced to 4 to 6 months in jail. Aw Sian was not charged,after the secretary of justice Elsie Leung decided not to prosecute her owing to insufficient evidence and in the public interest. [19] The decision generated controversy among a skeptical public who saw this as discrimination in favour of the powerful and well-connected. [20]

Sing Pao Daily News is one of the oldest Chinese newspapers in Hong Kong,first published on 1 May 1939 by the Sing Pao Newspaper Company Limited (成報報刊有限公司) under Ho Man-fat. It was initially published every three days,later becoming a daily.

Sing Tao Holdings Limited was a Bermuda-incorporated company,but headquartered in Hong Kong. The company was listed in The Stock Exchange of Hong Kong. The company was a media and property conglomerate until it was dismantled in 2002. After selling the main media business and subsequent takeover in mid-2002,the legal person of the listed company,along with its property business,was renamed into Shanghai Ming Yuan Holdings.

Haw Par Corporation Limited is a Singaporean company involved in healthcare,leisure products,property and investment. It is the company responsible for Tiger Balm branded liniment (ointment). Its brands also included Kwan Loong and it also owns and operates weekend and leisure time destinations such as oceanariums.

Aw Boon-Haw,OBE,was a Burmese Chinese entrepreneur and philanthropist best known as founder of Tiger Balm. He was a son of Hakka herbalist Aw Chu-Kin,with his ancestral home in Yongding County,Fujian Province,China.

Tin Tin Daily News also known as Tin Tin Yat Pao was a newspaper in Hong Kong,published between 1960 and 2000. In later years it took a pro-Beijing editorial stand. It was founded by the Wai Kee-shun family,who made their fortune in pharmaceutical industry and was the first colour-printed newspaper in Hong Kong. 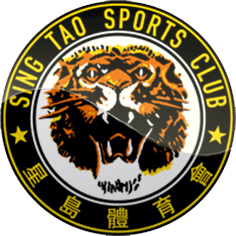 Sing Tao Sports Club is a now defunct Hong Kong football club which was dissolved after the 1998–99 season. The club was established by Aw Hoe,a director of Sing Tao Daily in 1940. The first team made their first appearance in the first division in the 1940–41 season. The team relegated to the second division twice,in 1962–63 and 1972–73 seasons respectively. The club turned professional in the 1968–69 season. They were promoted back to the first division again in 1987–88 and stayed until it was dissolved in 1999 by Sing Tao Limited,at that time a subsidiary of Sing Tao Holdings.

Media Chinese International Limited is a Chinese language media platform targeting Chinese readers in major Chinese communities worldwide headquartered in Hong Kong. Tan Sri Datuk Tiong Hiew King is the chairman. It was formed by the merger of Ming Pao Enterprise,Sin Chew Media Corporation (Malaysia) and Nanyang Press Holdings (Malaysia) in April 2008. It is the first entity dually listed on the mainboards of The Stock Exchange of Hong Kong and the Bursa Malaysia. Media Chinese's product portfolio comprises 5 daily newspapers in 13 editions and 3 free newspapers with a total daily circulation of about 1 million copies,as well as about 30 magazines. The Group has also expanded its business into digital media. Media Chinese is the proprietor of Life Magazines,the largest Chinese language magazine publisher in Malaysia,and is the major shareholder of One Media Group Limited.

The Daily Press was an English-language newspaper in Hong Kong,published from 1857 for about 80 years. Founded and edited by George M Ryder,it was the first daily newspaper in Hong Kong. In 1858,Yorick Jones Murrow,a tenacious Welshman born in 1817,took over the newspaper and he inaugurated the Chinese-language paper Hongkong Chinese and Foreign News (香港中外新報),published three times per week. Murrow led the paper on fearless attacks on the Colonial administration,leading ultimately to his imprisonment on a charge of libel. He relinquished his role as editor in 1867 but remained its proprietor till his death in 1884. 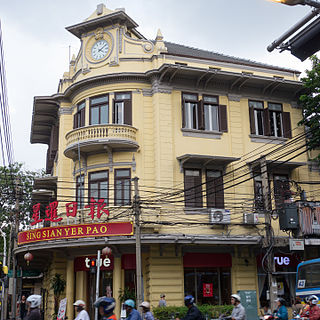 Aw family is the family member of Aw Chu Kin and his descendant. Aw Chu Kin started his business in Burma,which his two sons expanded it into a multi-national conglomerate that from Chinese medicines to newspaper,as well as bank,insurance and real estate. However,the family started to decline in the third generation,by the takeover of family-owned listed company Haw Par Brothers International in Singapore in 1971,which saw Sin Poh Amalgamated,Chung Khiaw Bank and Haw Par Brothers (Thailand) were spin-off from the listed company. Before the dismantle,the key position of the business empire was served by third-generation member and their spouse,which they were removed after the takeover. However,Sally Aw,granddaughter of Aw Chu Kin,remained as one of the influential media tycoon in Hong Kong in 1990s,until forced to sell her Sing Tao Holdings in 1999 due to financial difficulties.

The Kung Sheung Daily News was a Chinese language newspaper published in Hong Kong under British colonial rule. It was owned indirectly by Ho Shai-lai,a former Republic of China general and son of Hong Kong tycoon Robert Ho Tung. It was a pro-Kuomintang newspaper and ran according to the Minguo calendar.