The Tell-Tale Heart is a 1960 British horror film directed by Ernest Morris produced by the Danzigers. The screenplay by Brian Clemens and Eldon Howard is a loose adaptation of the 1843 short story of the same name by Edgar Allan Poe. [1] [2] The film was released in England in December 1960, and in the U.S. in February 1962 as The Hidden Room of 1,000 Horrors. [3] [4] [5]

Edgar Marsh, a shy librarian obsessed with erotica, becomes infatuated with his neighbour Betty Clare when he sees her undressing in her bedroom. He invites her to dinner, and although she clearly is uncomfortable with the attention he pays her, he showers her with jewelry and fantasizes about their future. Complications arise when he introduces her to his friend Carl Loomis, whom Betty finds far more attractive and appealing. After witnessing Carl and Betty together in her bedroom, Edgar bludgeons Carl to death with a poker and buries him beneath the floorboards in his piano room. His overwhelming guilt leads him to believe a ticking metronome and the incessant dripping of a faucet actually are the sound of his victim's heart still beating.

Around the time the film was produced typical budget of the Danzigers' feature film was £15,000. This cost a little more due to its period setting and necessitated shooting in black and white. [3]

The Tell-Tale Heart was selected by the film historians Steve Chibnall and Brian McFarlane as one of the 15 most meritorious British B films made between World War II and 1970. They note that it also received enthusiastic reviews at the time of its release from The Monthly Film Bulletin and Kinematograph Weekly . [6] 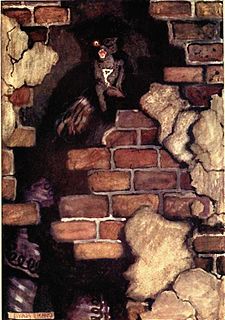 "The Black Cat" is a short story by American writer Edgar Allan Poe. It was first published in the August 19, 1843, edition of The Saturday Evening Post. In the story, an unnamed narrator has a strong affection for pets until he perversely turns to abusing them. His favorite, a pet black cat, scratches him one night and the narrator punishes it by cutting its eye out and then hanging it from a tree. The home burns down but one remaining wall shows a burned outline of a cat hanging from a noose. He soon finds another black cat, similar to the first except for a white mark on its chest, but he soon develops a hatred for it as well. He attempts to kill the cat with an axe but his wife stops him; instead, the narrator murders his wife. He conceals the body behind a brick wall in his basement. The police soon come and, after the narrator's tapping on the wall is met with a shrieking sound, they find not only the wife's corpse but also the black cat that had been accidentally walled in with the body and alerted them with its cry. 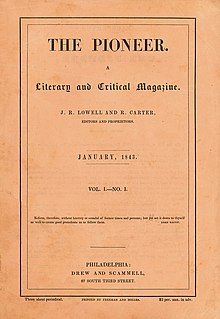 "The Tell-Tale Heart" is a short story by American writer Edgar Allan Poe, first published in 1843. It is related by an unnamed narrator who endeavors to convince the reader of the narrator's sanity while simultaneously describing a murder the narrator committed. The victim was an old man with a filmy pale blue "vulture-eye", as the narrator calls it. The narrator emphasizes the careful calculation of the murder, attempting the perfect crime, complete with dismembering the body in the bathtub and hiding it under the floorboards. Ultimately, the narrator's actions result in hearing a thumping sound, which the narrator interprets as the dead man's beating heart. 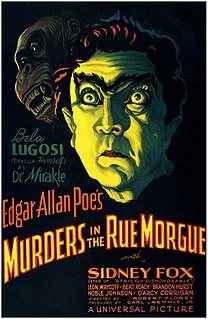 Murders in the Rue Morgue is a 1932 American horror film that was directed by Robert Florey. The film, which is based on Edgar Allan Poe's 1841 short story "The Murders in the Rue Morgue", is about Doctor Mirakle, a carnival sideshow entertainer and scientist who kidnaps Parisian prostitutes to mix their blood with that of his pet gorilla. As his experiments fail because of the quality of his victims' blood, Mirakle meets with Camille L'Espanye, and has her kidnapped and her mother murdered, leading to suspicion falling on Camille's husband Pierre Dupin.

The Tell-Tale Heart is an 1843 short story by Edgar Allan Poe.

The House in Marsh Road, known on American television as Invisible Creature, is a 1960 British horror suspense film produced by Maurice J. Wilson, directed by Montgomery Tully and starring Tony Wright, Patricia Dainton and Sandra Dorne. The plot centres on a benevolent poltergeist in a country home which protects a woman from her homicidal husband. It may be one of the first films to use the word 'poltergeist' in reference to a spirit or ghost. The film was never released to theatres in the US, and instead went straight to television. 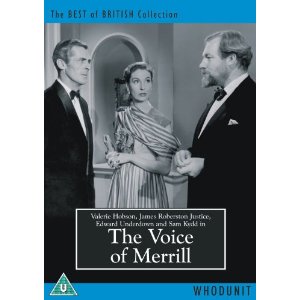 Night Train for Inverness is a black and white 1960 British drama film directed by Ernest Morris and starring Norman Wooland, Jane Hylton and Dennis Waterman. It is notable as the film debut of Dennis Waterman. The film was referenced in an episode of the Minder Podcast.

Eldon Howard was a British screenwriter. She was the mother-in-law of Edward J. Danziger and wrote a number of the screenplays for films by his company Danziger Productions.

Unearthly Stranger is a 1963 British science fiction film directed by John Krish and starring John Neville. It was released in the UK by Independent Artists (Production) Limited. 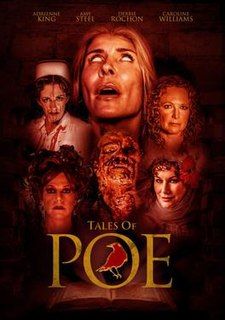 Tales of Poe is a 2014 anthology film directed by independent filmmakers Bart Mastronardi and Alan Rowe Kelly. As of February 2019, the film has grossed over $5k from video sales.

The Tell-Tale Heart is a 1934 British drama film directed by Brian Desmond Hurst. The screenplay by David Plunkett Greene is based on the 1843 short story of the same name by Edgar Allan Poe. It is the earliest known "talkie" film adaptation of the story.

Private Information is a 1952 British drama film directed by Fergus McDonell and starring Jill Esmond, Jack Watling and Carol Marsh. It was made at Walton Studios as a second feature. 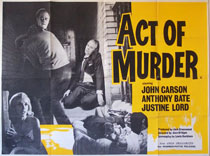