Thomas Clair Binger [1] is an American lawyer and government official who has served in the role of Kenosha County Assistant District Attorney since 2014. [2] [3] He is native to Sioux Falls,South Dakota,where he attended the local Washington High School. [4] He ran unsuccessfully as a Democrat for the office of the Racine County District Attorney in 2016. [5] [6] He served as the lead prosecutor in the 2021 trial of Kyle Rittenhouse following the 2020 Kenosha unrest shooting. [2] [7] [8]

Binger is a native of Sioux Falls,South Dakota. [4] He attended Washington High School in Sioux Falls,where he competed nationally as a member of the high school's debate team. [4]

Binger earned his Juris Doctor from the University of Michigan Law School in 1996. [9]

Binger served as the lead prosecutor in the trial of Kyle Rittenhouse that followed the Kenosha unrest shooting during which Rittenhouse shot three individuals. [2] [7] [8] As lead prosecutor in a jury trial, Binger had the responsibility to prove to a jury that Rittenhouse had committed all offenses with which he had been charged beyond a reasonable doubt. [10] [11]

Hearings held prior to the start of the trial showed a contentious atmosphere between Binger and Wisconsin circuit court judge Bruce Schroeder, who presided over the criminal case. [7] In February 2021, Schroeder declined a motion by Binger to have Rittenhouse arrested after Rittenhouse allegedly violated conditions of his bail by failing to report a change of address. [12] In a separate pre-trial hearing that took place in October 2021, Schroeder ordered Binger to refrain from referring to witnesses as "victims", drawing ire from Binger. [10] [13]

Schroeder and Binger would continue to clash multiple times throughout the trial itself. [2] [14] [15] Binger drew sharp criticism from Schroeder for his line of questioning directed towards Rittenhouse; Schroeder deemed a portion of questioning that questioned the motivation for Rittenhouse's silence to be a "grave constitutional violation", referring to the right to remain silent guaranteed by the fifth amendment, and admonished Binger for bringing up aspects of a prior incident involving Rittenhouse that had been previously ruled inadmissible. [2] [15] Later, Binger criticized Schroeder for what Binger described as a "fairness issue" pertaining to the judge's handling of the defense's introduction of evidence into the trial. [2] [14] [15]

Citing state ethics guidelines, Binger told media on November 16 that he would not make public comments about the trial following a jury verdict. [16] Three days later, Rittenhouse was acquitted on all charges by the jury, ending the criminal case against him. [17]

In 2016, while working as a Kenosha County Assistant District Attorney, Binger unsuccessfully ran for the office of the Racine County District Attorney. [5] [6] [10] Binger announced his candidacy in a Facebook post on April 25, 2016, stating that he would seek election to the role as a candidate of the Democratic Party. [5] [18] His Republican opponent, Tricia Hanson, announced her candidacy the following day. [3] [5]

Binger focused his campaign on two top priorities—to address local problems caused by the opioid epidemic in the United States and to improve coordination between the Racine County District Attorney's office and the local victim's office, which provides support to crime victims. [3] [6] He campaigned to create a treatment program for non-violent drug offenders in which drug addicts would be administered Naltrexone over a twelve-month period in order to allow addicts to avoid prison. [3] [6] He argued that the treatment program would help to reduce the aggregate demand for illegal drugs in Racine County. [5] Binger also supported the creation of separate mental health courts and sought to reduce what he described as racial disparities in how Wisconsinites are arrested and prosecuted. [19]

Financing for Binger's campaign came largely from lawyers and political committees. [20] [21] He received financial support from local affiliates of the Democratic Party, a United Auto Workers–affiliated PAC, as well as the campaign of then-Wisconsin state representative Cory Mason. [20] [21] He also financed his campaign with a ten-thousand dollar loan from himself, as well as donations from other individual and group donors. [20]

As of 2016, Binger was a resident of Caledonia, Wisconsin, [5] and had lived in Racine County for over ten years. [3] 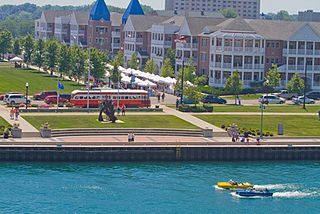 Kenosha is a city in and the county seat of Kenosha County, Wisconsin, United States. Kenosha is on the southwestern shore of Lake Michigan. As of the 2020 census the population was 99,986, which made it the fourth-largest city in Wisconsin and the fourth-largest city on Lake Michigan. Although closer to Milwaukee than Chicago, Kenosha is part of the United States Census Bureau's Chicago combined statistical area (CSA) and metropolitan statistical area. 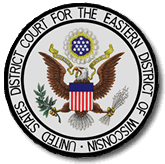 Brent Moss is a former American football running back for the Wisconsin Badgers from 1991–1994. Moss also spent some time in the NFL with the Miami Dolphins and St. Louis Rams. 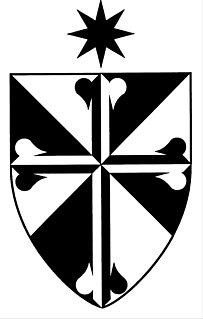 The Julie Jensen case involves the trial of a Pleasant Prairie, Wisconsin man, Mark Jensen, on charges that he murdered his wife, Julie Jensen on December 3, 1998. The case is notable for the eventual admission into evidence of a letter written by the deceased prior to her death expressing suspicion of her husband's intentions. 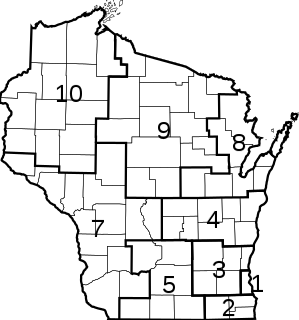 John Theodore Chisholm is an American prosecutor and politician who has served as Milwaukee County District Attorney since 2007. A career prosecutor, Chisholm specialized in complex conspiracy prosecutions before his election as district attorney in 2006.

Mary Kay Wagner is an American lawyer and retired judge. She served 30 years as a Wisconsin circuit court judge in Kenosha County (1991–2021) and was chief judge of Wisconsin's 2nd judicial administrative district from 2008 to 2014. Earlier in her career, she represented Kenosha County in the Wisconsin State Assembly for two terms. 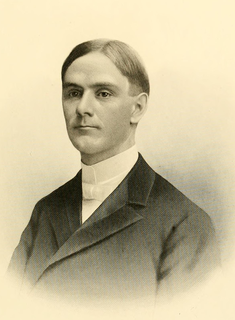 Max W. Heck was an American politician and jurist from Wisconsin, who served as a County Judge and Progressive Republican Wisconsin State Senator.

Thaddeus "Tip" McGuire is an American attorney and politician who represents northeastern Kenosha County and southeastern Racine County in the Wisconsin State Assembly.

Chrystul Kizer was arrested at age 17 for the murder of Randall Phillip Volar III. During her arrest, she claimed Volar was her sex trafficker. On June 5, 2018, she shot him twice while he was sitting in a chair, set his house on fire, then stole his car. Kizer was arrested and incarcerated at Kenosha County Detention Facility to await trial. Kenosha County prosecutors charged her with first degree intentional homicide, use of a dangerous weapon, and four other felonies. They contend the murder was pre-meditated. If convicted, she would face a mandatory life sentence in prison.

Ellsworth Burnett Belden was an American lawyer and judge, serving as a Wisconsin Circuit Court Judge and County Judge in Racine County, Wisconsin, for nearly 50 years, from 1889 until his death in 1939. 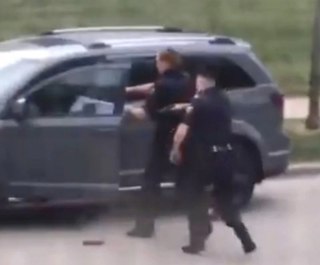 On August 23, 2020, Jacob S. Blake, a 29-year-old black man, was shot and seriously injured by police officer Rusten Sheskey in Kenosha, Wisconsin. Sheskey shot Blake in the back four times and the side three times when Blake opened the driver's door to his girlfriend's rented SUV and began to turn towards Sheskey. Sheskey said that he believed he was about to be stabbed, since Blake was carrying a knife. Earlier during the encounter, Blake had been tasered by two officers, but they failed to restrain Blake.

In the aftermath of the August 2020 police shooting of Jacob Blake, protests, riots, and civil unrest occurred in Kenosha, Wisconsin, and around the United States as part of the larger 2020–2021 United States racial unrest and Black Lives Matter movements. In addition to street protests, marches, and demonstrations, the shooting also led to the 2020 American athlete boycotts.

On August 25, 2020, Kyle Rittenhouse, a 17-year-old from Antioch, Illinois, fatally shot two men and wounded another in Kenosha, Wisconsin. The shootings occurred during the protests, riots, and civil unrest that followed the non-fatal shooting of a black man, Jacob Blake, by a white police officer. Rittenhouse and the three men he shot were white. At trial, Rittenhouse used the affirmative defense of self-defense and was acquitted of all charges. Rittenhouse was armed with a semi-automatic, AR-15 style rifle, and had joined a group of armed men in Kenosha who stated that they were in Kenosha to protect businesses.

The 2021 Wisconsin Spring Election was held in the U.S. state of Wisconsin on April 6, 2021. There was one statewide race—for Superintendent of Public Instruction. Additionally, two special elections occurred for the Wisconsin State Senate and Wisconsin State Assembly, as well as other nonpartisan local and judicial elections. The 2021 Spring primary was held on February 16, 2021.

The 2015 Wisconsin Spring Election was held in the U.S. state of Wisconsin on April 7, 2015. There was a contested election for justice of the Wisconsin Supreme Court, as well as several other nonpartisan local and judicial elections and an amendment to the Constitution of Wisconsin to change the process for selection of the Chief Justice of the State Supreme Court. In addition, the ballot contained a special election to fill a vacancy in the 20th State Senate district. The 2015 Wisconsin Spring Primary was held February 17, 2015.