Last updated August 31, 2020
For other people with the same name, see Thomas Musgrave. 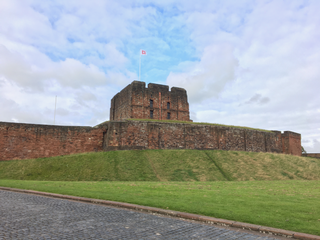 Carlisle Castle is situated in Carlisle, in the English county of Cumbria, near the ruins of Hadrian's Wall. The castle is over 900 years old and has been the scene of many historical episodes in British history. Given the proximity of Carlisle to the border between England and Scotland, it has been the centre of many wars and invasions. During the Jacobite Rising of 1745-6, Carlisle became the last English fortress to undergo a siege. The castle was listed as a Scheduled Ancient Monument on 7 August 1996. 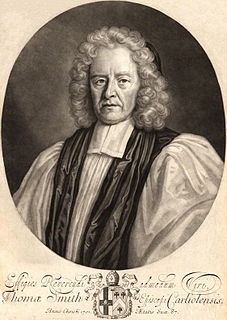 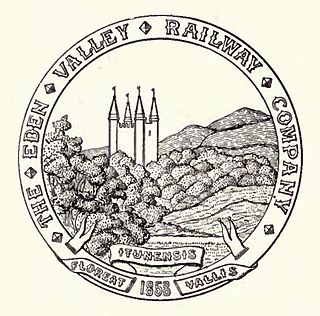 The Eden Valley Railway (EVR) was a railway in Cumbria, England. It ran between Clifton Junction near Penrith and Kirkby Stephen via Appleby-in-Westmorland.

Henry Howard may refer to:

Robert Plot was an English naturalist, first Professor of Chemistry at the University of Oxford, and the first keeper of the Ashmolean Museum.

The holder of the post Vice-Admiral of Cumberland was responsible for the defence of the county of Cumberland, England.

The Very Rev William George Henderson DD was Dean of Carlisle from 1884 to his death in 1905.

Thomas Musgrave may refer to:

William Grahme or William Graham was Dean of Carlisle from 1684 until 1704; and of Wells from then until his death in 1713.