Thomas Wellman was born in about 1615 in England and died at Lynn, Massachusetts on 10 October 1672. He was among the early settlers of the Massachusetts Bay Colony and progenitor of the Wellman family of New England. At age 21 he traveled from London to Barbados in 1634 or 1635 aboard Hopewell as part of a mass exodus of Puritans called the Great Migration. [1]

Thomas sailed from Barbados to Massachusetts and settled in Lynn about 1640, where he married Elizabeth (whose family surname has not been discovered) about 1642. At the time of his death, he owned 180 acres of land in Lynn. Their home on the east side of Summer Street in Lynn was occupied by several generations of Wellmans before being demolished in the 1830s. [1]

At least thirty-four descendants of Thomas Wellman participated in the American Revolutionary War: [1]

Two American towns have been named for the family:

Some notable members of the Wellman family in America: 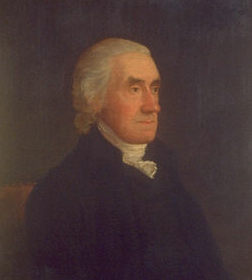 Robert Treat Paine was an American lawyer, politician and Founding Father of the United States who signed the Continental Association and the Declaration of Independence as a representative of Massachusetts. He served as the state's first attorney general and served as an associate justice of the Massachusetts Supreme Judicial Court, the state's highest court.

Peleg Wadsworth was an American Patriot officer during the American Revolutionary War and a Congressman from Massachusetts representing the District of Maine. He was also grandfather of noted American poet Henry Wadsworth Longfellow.

Nathan Hale was an American Revolutionary War officer who fought in the Battle of Lexington and Concord, Battle of Bunker Hill, Siege of Fort Ticonderoga, and Battle of Hubbardton. Hale was taken prisoner by the British at Hubbardton and died in prison on September 23, 1780 at New Utrecht, Brooklyn, New York. 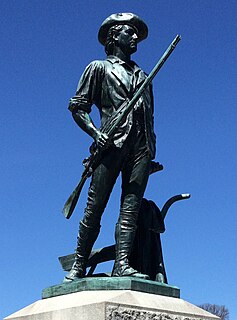 Isaac Davis was a gunsmith and a militia officer who commanded a company of Minutemen from Acton, Massachusetts, during the first battle of the American Revolutionary War. In the months leading up to the Revolution, Davis set unusually high standards for his company in terms of equipment, training, and preparedness. His company was selected to lead the advance on the British Regulars during the Battle of Concord because his men were entirely outfitted with bayonets. During the American advance on the British at the Old North Bridge, Davis was among the first killed and was the first American officer to die in the Revolution.

William Berry was a Maine-born soldier during the American Revolution.

Samuel Morris was an American soldier in the American Revolutionary War. He is the patriarch of one of Philadelphia's most prominent families. 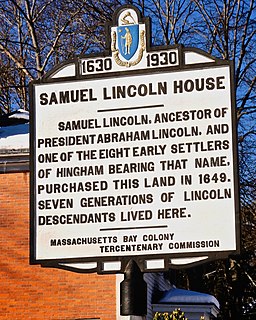 The Lincoln family is an American family of English origins. It includes the fourth United States Attorney General, Levi Lincoln, Sr., senators Levi Lincoln, Jr. and Enoch Lincoln, and Abraham Lincoln, the sixteenth President of the United States. There are ten known descendants of Abraham Lincoln. The president's branch of the family is believed to have been extinct since its last undisputed descendant, Robert Todd Lincoln Beckwith, died on December 24, 1985, without any acknowledged children.

Admiral Sir Isaac Coffin (Coffin-Greenly), 1st Baronet, was an officer of the Royal Navy who served during the American War of Independence and the French Revolutionary and Napoleonic Wars.

Reverend Ichabod Wiswall (1637–1700) was the third pastor of the church in Duxbury, Plymouth Colony, British America. Though he is thought to have given the first known funeral sermon in British America at the burial of Capt. Jonathan Alden in 1697, American funeral sermons predate this event by several decades.

Thomas Wiswall (1601–1683) was an early settler of British America, a prominent early citizen of the Massachusetts Bay Colony, and a key figure in the founding of Cambridge Village, now known as the city of Newton, Massachusetts.

The town of Walpole, Massachusetts participated in the years leading up to and through the Revolutionary War in various ways. 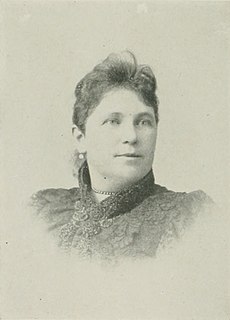 Clara L. Brown Dyer was an American artist who specialized in landscape painting. Also a reader and speaker, she was prominent in clubs and the social scenes of Maine, including being the organizer and president of the Maine branch of United States Daughters of 1812.

The Guilford County Regiment was authorized on September 9, 1775 by the Third North Carolina Provincial Congress. It was subordinate to the Salisbury District Brigade of militia. The regiment was engaged in battles and skirmishes against the British and Cherokee during the American Revolution in North Carolina, South Carolina and Georgia between 1776 and 1781. It was active until the end of the war.

Hartwell Tavern is a historic American Revolutionary War site associated with the revolution's first battle, the 1775 battles of Lexington and Concord. It is located on North County Road, just off Battle Road in Lincoln, Massachusetts, and operated as a historic house museum by the National Park Service as part of the Minute Man National Historical Park. Built in 1733, in what was then Concord, it is staffed from Memorial Day (May) weekend to October by park rangers dressed in colonial attire who offer programs daily.

The Samuel Hartwell House is a historic American Revolutionary War site associated with the revolution's first battle, the 1775 battles of Lexington and Concord. Built around 1694, in what was then Concord, it was located on North County Road, just off Battle Road in today's Lincoln, Massachusetts, and about 700 feet east of Hartwell Tavern, which Hartwell built for his son, Ephraim, and his newlywed wife, Elizabeth, in 1733. The site is part of today's Minute Man National Historic Park. 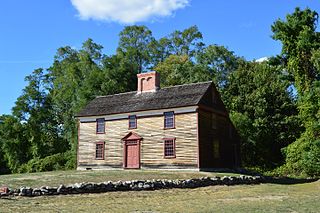 The Captain William Smith House is a historic American Revolutionary War site in Lincoln, Massachusetts, United States. Part of today's Minute Man National Historic Park, it is associated with the revolution's first battle, the 1775 battles of Lexington and Concord. Believed to have been built in 1692, in what was then Concord, it is believed to be the oldest house in Lincoln.