"Thoughtless" is a song written by American nu metal band Korn for their fifth studio album, Untouchables . "Thoughtless" was released as the album's second single in July 2002. The single charted at 11 on the US Alternative chart, and at 37 on the UK main chart.

"Thoughtless" is about school bullying. Jonathan Davis, the vocalist of Korn, said that "Thoughtless" is "a song about people who are constantly ridiculed and the collateral damage it can cause". [1] [ unreliable source? ]

This song was introduced to fans during a live show at the Hammerstein Ballroom, in NYC on June 10, 2002, which celebrated the release of Untouchables. This performance appears on the DVD release entitled Live . "Thoughtless" has been played during the Untouchables promotional tour, in 2002, but it was scrapped from the band's setlist one year later. It eventually returned in 2006 on the See You on the Other Side World Tour as a part of a medley. The full song was played at the 2006 Family Values Tour and the Escape from the Studio Tour. It has most recently been performed within a medley at the Music as a Weapon V tour. The song was well received.

In the beginning, a high-school aged boy (who is revealed to be called Floyd Louis Cifer in a yearbook, and whose first name was the working title of "Thoughtless" on the unmastered, leaked version of Untouchables), portrayed by Aaron Paul (who was 22 at the time), is walking through the hallways of his school. Four girls are teasing and looking at him in disgust. A group of jocks on the other side of the hallway attack and give him dirty looks. In the next scene, Floyd is in his science class drawing strange pictures in his notebook. Song titles from Untouchables can also be seen. He then goes to the pool to swim. However, the jocks find Floyd there and attempt to drown him. After that, he is in the locker room wrapped in a towel and is seen increasingly agitated. We then see Floyd in his room looking at a yearbook. He throws the yearbook at his window and looks in the phonebook for a service which says "Fantasy Escorts." He calls the service and shows up at his prom with a woman (portrayed by Aimee Sweet from Penthouse Pets). He vomits on everyone who has bullied him and gets his revenge. Korn performs inside his mind throughout the video. There is another version of the video known as the "performance version", that only shows Korn performing the song in the room featured in the original music video.

The song received average reviews. Rolling Stone was a little average about the song, saying: "On the single “Thoughtless,” Jonathan Davis sings a line that even today leaps out as an extraordinarily forbidden sentiment: “I wanna kill and rape you the way you raped me.” Does he literally mean this? (Davis has gone on record as a survivor of childhood sexual abuse.) Or is it a metaphor for his feelings about the music biz? Either way, the song has a tremendous topical power that’s bound to be contemplated or misunderstood. Korn rarely identify the “you” they’re constantly battling." [2] The New York Times said that the song had "vindictiveness". [3] NME was very positive about the song: "Davis stops giving into melodrama and remembers that he has a lot to be extremely angry about. [...] 'Thoughtless' marries the taut grooves of Fugazi with a refrain of 'why are you trying to make fun of me?'" [4]

The song has been covered by band Evanescence, both on tour and for the 2004 live album Anywhere but Home , with a different intro that features piano arrangements. Lead singer Amy Lee said to the crowd at the beginning of the performance, "We're going to do something completely different now. This is by a band that we all like very much. I'm not even going to announce it; you ought to know what this is." . 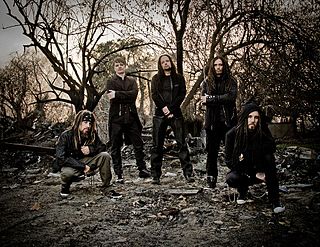 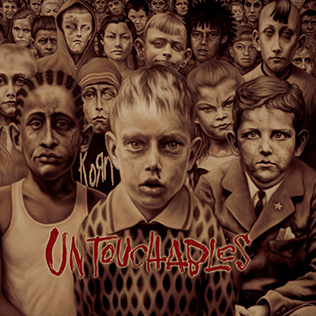 Untouchables is the fifth studio album by American nu metal band Korn. The album was officially released on June 11, 2002 and featured the Grammy-winning single "Here to Stay". Untouchables debuted at number two on the Billboard 200 with 434,000 copies sold during its first week, second only to Eminem's The Eminem Show. The album received positive reviews from music critics. Untouchables was certified platinum on July 11, 2002. Untouchables sold at least 1.4 million copies in the United States. 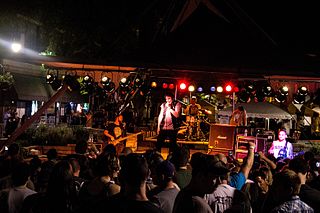 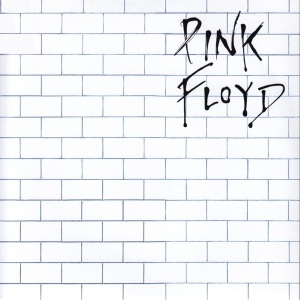 "Another Brick in the Wall" is a three-part composition on Pink Floyd's 1979 rock opera The Wall, written by bassist Roger Waters. "Part 2", a protest song against rigid and abusive schooling, features a children's choir. At the suggestion of producer Bob Ezrin, Pink Floyd added elements of disco. 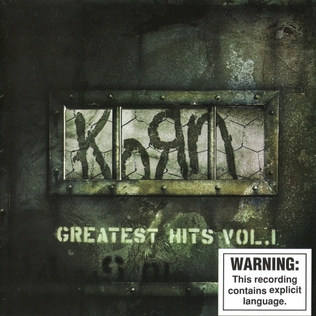 Greatest Hits, Vol. 1 is a greatest hits compilation released in October 2004 by American nu metal band Korn. The album features select tracks from their first six studio albums presented in reverse chronological order. There are two previously unreleased songs on the compilation: a cover of Cameo's "Word Up!", and a compilation of all three parts of Pink Floyd's "Another Brick in the Wall" and "Goodbye Cruel World". These were the final songs recorded with their full original lineup as their former guitarist Brian Welch, who leaves the band shortly after the album's release in February the following year, until his return in 2013. 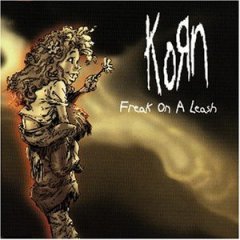 "Freak on a Leash" is a song by the American nu metal band Korn, featured on the group's 1998 studio album, Follow the Leader. Prior to the album's release, Korn had an instrumental section of the song, described as a "noisy guitar break." The section was taken out of the song after their fans requested it be taken out. After Follow the Leader's release, the song was released as a single on February 25, 1999, and since then, it has been re-released over ten times. The song uses dissonance, distortion, various guitar effects, and a heavy, aggressive style. 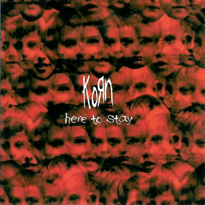 "Here to Stay" is a Grammy Award-winning song by American nu metal band Korn that appears on the band's fifth studio album, Untouchables as the album's opening track. It was released as the album's first single in June 2002. The song won the 2003 Grammy Award for Best Metal Performance, as well as winning an award for Best International Video on MuchMusic in 2002. It was also nominated for Best Rock Video at the 2002 MTV Video Music Awards and Best Single at the 2002 Kerrang! Awards. The music video, directed by The Hughes Brothers was highly successful, and gained frequent airplay on MTV and MuchMusic in particular, featuring the band members on a TV screen amongst major world issues at the time. The video won a 2002 Metal Edge Readers' Choice Award for Music Video of the Year. The song has become a staple of the band's live show to this day. Dizzee Rascal samples this song on his single, "Sirens" from his album, Maths + English. 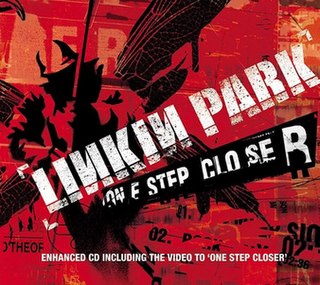 "One Step Closer" is the debut single by the American rock band Linkin Park. It was released as the first single and second track of their debut album, Hybrid Theory. The song was featured in the 2008 music video games Rock Band 2 and Guitar Hero On Tour: Decades, and the soundtrack to the 2000 film Dracula 2000 in the end credits.

"How Come U Don't Call Me Anymore?" is a song by Prince. It is a ballad of romantic longing with some gospel elements. On his original recording of the song, which was released as the non-album B-side to his 1982 single "1999", Prince performs most of the song in his falsetto range, with his own bluesy piano playing providing the only instrumental accompaniment. The song's first album appearance was on his 1993 compilation The Hits/The B-Sides. It was later included on the soundtrack to the 1996 film Girl 6. Prince also performs the song on his 2002 live album One Nite Alone... Live!. 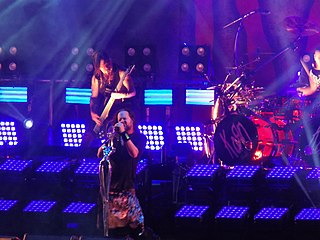 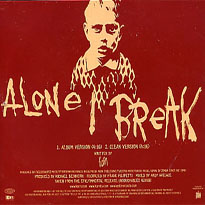 "Alone I Break" is a song written and recorded by the American nu metal band Korn for their fifth studio album Untouchables. It was released as the album's third single in November 2002. 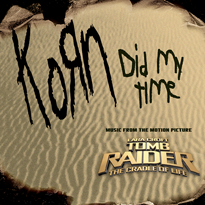 "Did My Time" is a song written and recorded by American nu metal band Korn for the film, Lara Croft Tomb Raider: The Cradle of Life. It was released as a single in July 2003 in support of the film, and was later featured on the band's sixth studio album, Take a Look in the Mirror. 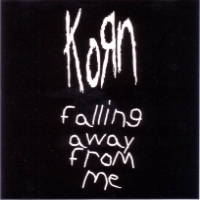 "Falling Away from Me" is a song by American band Korn. It was released as the first single from their fourth album Issues, debuting in an episode of Comedy Central's animated series South Park, entitled "Korn's Groovy Pirate Ghost Mystery". The song went on to become one of Korn's most popular singles, with an anti-child abuse themed video topping MTV's Total Request Live for ten days. 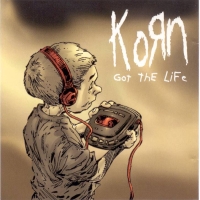 "Got the Life" is a song written and recorded by American band Korn for their third studio album, Follow the Leader which was released as the album's second single on November 23, 1998. It was recorded in April 1998 at NRG Recording Studios. The band decided they would release the song as a promotional single after each member found that there was something "special" about the song. The single had "phenomenal success", and its music video was requested more than any other video on MTV's TRL, making it the first officially "retired" music video. 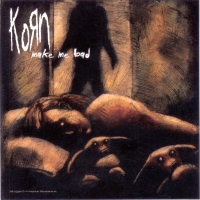 "Make Me Bad" is a song written and recorded by the American nu metal band Korn for their fourth studio album, Issues. Many Korn fans interpret the lyrics to be about frontman Jonathan Davis' getting tired of drinking or drug abuse and his decision to get sober a year prior to Issues coming out. It was released as the album's second single in February 2000, enjoying major success on US rock radio stations and in the United Kingdom. The Alien-inspired music video is one of the most expensive videos Korn have ever filmed featuring actors Brigitte Nielsen, Udo Kier, Tatjana Patitz, and Shannyn Sossamon. An acoustic medley of "Make Me Bad" and The Cure's "In Between Days" was performed with The Cure for the MTV Unplugged series in December 2006.

"Politics" is a song by the American nu metal band Korn and The Matrix for Korn's seventh studio album, See You on the Other Side. It was released as the album's third single in August 2006 instead of the previous choice, "Love Song", and is the last Korn single to feature David Silveria on drums.

"Evolution" is a song by American nu metal band Korn. The song was the first single to be released from the band's untitled album on June 12, 2007. It is one of the four tracks in which Brooks Wackerman of Bad Religion performed drumming duties. 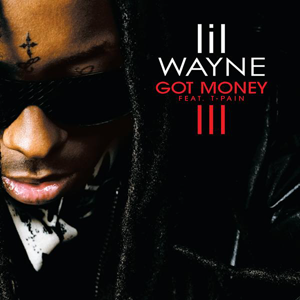 "Got Money" is the third single by American rapper Lil Wayne from his album Tha Carter III (2008). The single features American rapper T-Pain. Both Lil Wayne and T-Pain use the Auto-Tune effect in the song. The single was released as a digital download on iTunes on May 27, 2008. Lil Wayne and T-Pain performed the song at the BET 2008 awards and the 2008 MTV Music Video Awards. MTV also ranked the song as the number 19 Hip-Hop song of 2008. 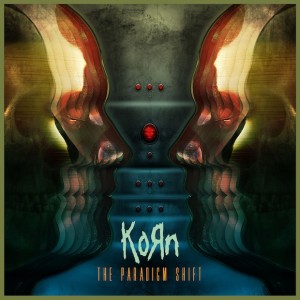 The Paradigm Shift is the eleventh studio album by American nu metal band Korn. Produced by Don Gilmore, it was released by multiple labels in the United Kingdom on October 7, 2013 and in the United States the next day. It is the first Korn album to feature original guitarist Brian "Head" Welch since 2003's Take a Look in the Mirror.

"Rotting in Vain" is a song by American nu metal band Korn. Written by the band and produced by Nick Raskulinecz, it was featured on the band's 2016 twelfth studio album The Serenity of Suffering. The song was also released as the lead single from the album on July 22, 2016, reaching number 4 on the Billboard Mainstream Rock Songs chart and number 26 on the UK Rock & Metal Singles Chart. It was nominated for Best Metal Performance at the 59th Annual Grammy Awards.