Tomares callimachus, the Caucasian vernal copper, is a butterfly of the family Lycaenidae. It is found in Anatolia, Iraq, Iran, the Caucasus, and Transcaucasia. 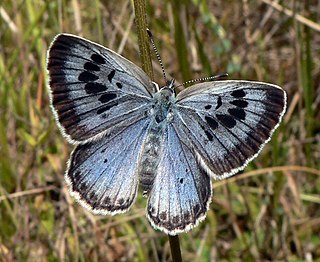 Anatolia also known as Asia Minor, Asian Turkey, the Anatolian peninsula or the Anatolian plateau, is a large peninsula in West Asia and the westernmost protrusion of the Asian continent. It makes up the majority of modern-day Turkey. The region is bounded by the Black Sea to the north, the Mediterranean Sea to the south, the Armenian Highlands to the east and the Aegean Sea to the west. The Sea of Marmara forms a connection between the Black and Aegean seas through the Bosphorus and Dardanelles straits and separates Anatolia from Thrace on the Balkan peninsula of Europe.

T. callimachus Ev. (= epiphania Boisd., hafis Koll.) (75 e). Above bright fiery cinnabar-red, margins and base of wings black, fringes chequered with brown. Hindwing beneath earth-brown, fasciated with dark brown and minutely dotted with black. Coasts of the Black Sea, Persia and Ferghana. — In the form dentata Stgr., from northern Mesopotamia and Asia Minor, the black distal margin of the wings is very strongly dentate and the hindwing beneath is grey-brown. — Larva reddish yellow-brown, with dark dorsal line and pale lateral one, between which there is a dark stripe composed of small oblique spots; on Astragalus physodes. The butterflies in April and May on hills, not rare. [1]

The wingspan is 18–23 mm. The species inhabits semi-deserts and arid mountain steppes. It occupies an elevation range from 1000 to 2000 m above sea level. [2] The butterfly flies from late March to early June depending on latitude and elevation.

The wingspan of a bird or an airplane is the distance from one wingtip to the other wingtip. For example, the Boeing 777-200 has a wingspan of 60.93 metres, and a wandering albatross caught in 1965 had a wingspan of 3.63 metres, the official record for a living bird. The term wingspan, more technically extent, is also used for other winged animals such as pterosaurs, bats, insects, etc., and other aircraft such as ornithopters. In humans, the term wingspan also refers to the arm span, which is distance between the length from one end of an individual's arms to the other when raised parallel to the ground at shoulder height at a 90º angle. Former professional basketball player Manute Bol stands at 7 ft 7 in (2.31 m) and owns one of the largest wingspans at 8 ft 6 in (2.59 m).

The larvae feed on the Astragalus species A. physodes and A. vulpinus . 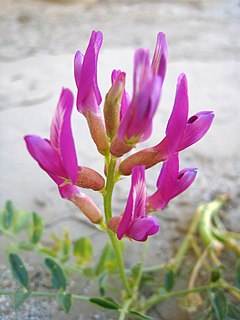 Astragalus is a large genus of over 3,000 species of herbs and small shrubs, belonging to the legume family Fabaceae and the subfamily Faboideae. It is the largest genus of plants in terms of described species. The genus is native to temperate regions of the Northern Hemisphere. Common names include milkvetch, locoweed and goat's-thorn. Some pale-flowered vetches are similar in appearance, but they are more vine-like than Astragalus.

The Niobe fritillary is a species of butterfly in the family Nymphalidae.

The scarce copper is a butterfly of the family Lycaenidae.

Satyrium ledereri, the orange banded hairstreak, is a butterfly in the family Lycaenidae.

Lasiommata maera, the large wall brown, is a butterfly in the family Nymphalidae.

The Piedmont ringlet is a member of the family Nymphalidae. It is an Alpine butterfly.

The de Prunner's ringlet is a member of the subfamily Satyrinae of the family Nymphalidae. It is a mountain butterfly found in Albania, Andorra, Austria, Switzerland, France, Italy, Spain, Portugal and Yugoslavia.

Coenonympha arcania, the pearly heath, is a butterfly species belonging to the family Nymphalidae. It can be found in Central Europe. It resembles Coenonympha hero. Seitz describes it thus C. arcania L.. Forewing fiery reddish yellow with black distal margin, hindwing dark brown.Easily recognised by the underside of the hindwing, whose marginal portion is occupied by a broad white band, which in the nymotypical form interrupts the row of ocelli below the apical eye, the latter therefore appearing to be placed on the inside of the white band. All Europe except great Britain, from Scandinavia to the Mediterranean sea and from Spain and France to the Black sea and Armenia. — Specimens with a very broadly black margin to the forewing and a narrowed and slightly dentate band on the underside of the hindwing, which probably occur among nymotypical specimens everywhere, but especially in the South, are considered as ab. insubrica Frey. — Larva green with dark dorsal stripe bordered with a yellowish tint, light subdorsal stripe and pale yellow lateral stripe; head blue-green, mouth and anal fork red. Until May on grasses. Pupa brown, with whitish wing-cases edged with red. Butterflies very conunon in June and July and often flying together in large numbers.At the edge of woods full of undergrowth, but also in the open country and on hills. They affect flying round bushes and settle on the tip of low twigs, but sometimes also fly up into the higher branches of trees. The females are much less numerous than the males and appear later. 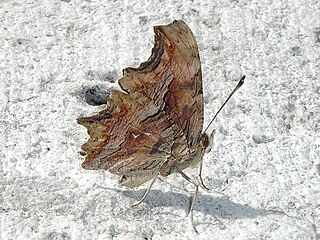 Polygonia egea, the southern comma, is a butterfly of the family Nymphalidae. It is found in southern Europe.

Glaucopsyche alexis, the green-underside blue, is a butterfly of the family Lycaenidae. It is found in the Palearctic. 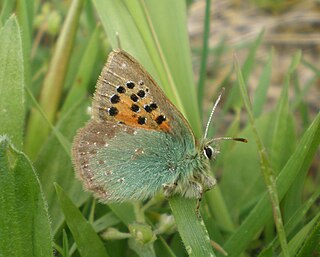 Tomares ballus, the Provence hairstreak or cardenillo, is a butterfly of the family Lycaenidae. It is found on the Iberian Peninsula, northern Africa and along the Mediterranean coast of France.

Polyommatus damon, the Damon blue, is a butterfly of the family Lycaenidae.

Polyommatus daphnis, the Meleager's blue, is a butterfly of the family Lycaenidae.

Polyommatus escheri, Escher's blue, is a butterfly of the family Lycaenidae. It is found in Southern Europe and Morocco. 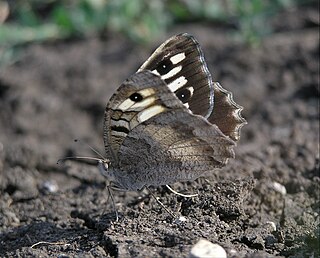 Chazara briseis, the hermit, is a butterfly species belonging to the family Nymphalidae. It can be found in North Africa, southern Europe, Asia Minor, the Caucasus, Kazakhstan, Central Asia through Afghanistan, and north-western China and Tuva.It is found on steppe and in other dry grassy places between 500 - 2,500 mtrs

Erebia melampus, the lesser mountain ringlet, is a member of the subfamily Satyrinae of the family Nymphalidae.

Chazara persephone, the dark rockbrown, is a butterfly species belonging to the family Nymphalidae. It can be found from Crimea across the Caucasus and north of the Middle East to Iran; from the southern Urals across Kazakhstan to the southern Altai and west Siberia. 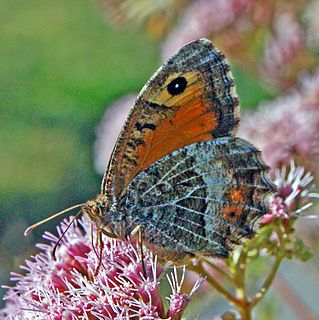 Arethusana is a butterfly genus from the subfamily Satyrinae of the brush-footed butterfly family (Nymphalidae). It is composed of only one species, Arethusana arethusa, the false grayling

Kirinia climene, the Iranian Argus, is a butterfly of the family Nymphalidae. It was described by Eugenius Johann Christoph Esper in 1783. It is distributed in Bulgaria, Romania, Yugoslavia, Macedonia, Turkey, Caucasus, Transcaucasia, Syria, Iraq, Iran and southern Russia.

Proterebia afra is a small butterfly found in the Palearctic that belongs to the browns family.