Tommy Edison (born July 17, 1963) is an American YouTuber, radio presenter and film critic known for his blindness and self-deprecating sense of humor in his internet presence. [1] From 1994 until 2013 he worked as a traffic reporter for the station Star 99.9 in Bridgeport, Connecticut. [2]

Although he had never driven a car or seen a traffic jam, as a traffic reporter he used what he heard about traffic on police scanners and in calls with listeners on the road. [3]

Motivated to review films by his frustration with their visual language, [1] he started a YouTube channel called Blind Film Critic with his friend Ben Churchill in 2011. His reviews focus on script, music and sound effects. [4] The first film he reviewed was Scream 4 ; [5] his favorites include Hugo , Goodfellas , Clerks and American Hustle . [1] In 2013, audio description allowed him to watch his first silent film, which he joked was "eye-opening"—however, he does not use it when preparing his reviews. [1] He was endorsed by Roger Ebert in 2011, and has been featured on The Howard Stern Show and CNN. [1] He also made videos answering viewers' questions about blindness on another channel entitled The Tommy Edison Experience, and has covered topics such as dreams, [3] colors, [6] Braille [7] and assistive technology. [8]

Edison has been blind since birth, and was born with an underdeveloped optic nerve. [1] He was born and raised in Greenwich, Connecticut, and attended Canterbury School and the University of Bridgeport, where he studied music. [2] He has credited his parents for treating him the same as his sighted sisters during his upbringing. [9] His mother went to great lengths to make sure Tommy was put into a normal class rather than the school recommended special education class, stating "Tommy has a normal Cognitive Function, He is normal just like the other students, he just so happens to be blind." [10] After developing an interest in local and New York radio stations, he was hired as a disc jockey for the station WJAZ in Stamford, Connecticut in 1987, becoming its traffic reporter two years later. [2]

In 2016 he and his producer Ben Churchill moved to the Los Angeles area and began the next phase in his career as a public figure.[ citation needed ] 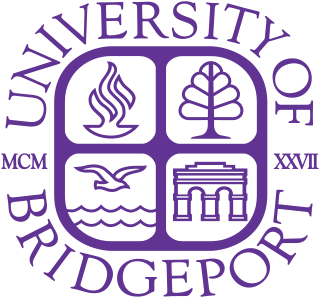 The University of Bridgeport (UB) is a private university in Bridgeport, Connecticut. The university is accredited by the New England Commission of Higher Education.

Carter Benedict Burwell is an American composer of film scores. He has consistently collaborated with the Coen brothers, having scored most of their films, including Blood Simple, Raising Arizona, Fargo, The Big Lebowski, No Country For Old Men, Burn After Reading, Hail, Caesar! and The Ballad of Buster Scruggs. Burwell has also scored three of Todd Haynes's films, three of Spike Jonze's films, and all the films of Martin McDonagh. He has received Oscar nominations for Best Original Score for Haynes's Carol (2015) and McDonagh's Three Billboards Outside Ebbing, Missouri (2017).

Matthew Staton Bomer is an American actor. He is the recipient of accolades such as a Golden Globe Award, a Critics' Choice Television Award, and a Primetime Emmy Award nomination. 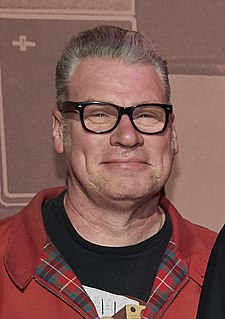 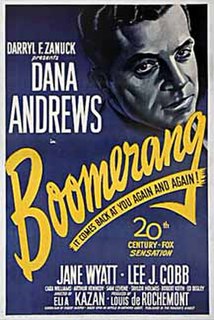 Boomerang! is a 1947 American crime film noir based on the true story of a vagrant who was accused of murder by an incompetent police force, only to be found not guilty through the efforts of the prosecutor. It stars Dana Andrews, Lee J. Cobb, Karl Malden, Arthur Kennedy and Jane Wyatt. 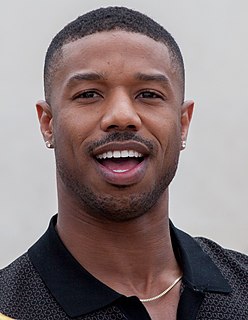 Michael Bakari Jordan is an American actor, director and film producer. He is known for his film roles as shooting victim Oscar Grant in the drama Fruitvale Station (2013), boxer Donnie Creed in Creed (2015), and Erik Killmonger in Black Panther (2018), all three of which were directed by Ryan Coogler. Jordan reprised the role of Creed in Creed II (2018), and is set to star, and make his directorial debut, in Creed III (2022). 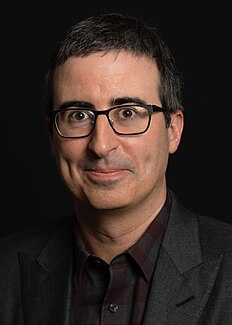 John William Oliver is a British-American comedian, writer, producer, political commentator, actor, and television host. Oliver started his career as a stand-up comedian in the United Kingdom. He came to wider attention for his work in the United States on The Daily Show with Jon Stewart as its senior British correspondent from 2006 to 2013. Oliver won three Primetime Emmy Awards for writing for The Daily Show and was its guest host for an eight-week period in 2013. In addition, Oliver co-hosted the satirical comedy podcast The Bugle (2007–2015) with Andy Zaltzman, with whom Oliver had previously co-hosted the radio series Political Animal, and hosted John Oliver's New York Stand-Up Show on Comedy Central from 2010 to 2013. He has also acted on television, most notably in a recurring role as Dr Ian Duncan on the NBC sitcom Community, and in films, notably voice-over work in The Smurfs (2011), The Smurfs 2 (2013), and the 2019 remake of The Lion King. He became a U.S. citizen in 2019. 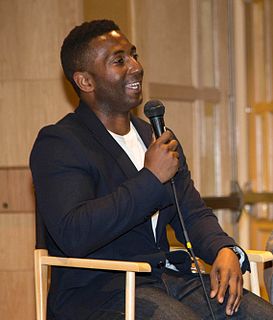 Wesley Morris is an American journalist, film critic and podcast host. He is currently critic-at-large for The New York Times, as well as co-host, with Jenna Wortham, of the Times podcast Still Processing. Previously, Morris wrote for The Boston Globe, then Grantland. He won the 2012 Pulitzer Prize for Criticism for his work with The Globe. 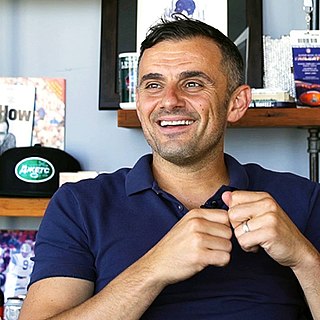 Gary Vaynerchuk is a Belarusian-American entrepreneur, author, motivational speaker, and Internet personality. He is a co-founder of the restaurant reservation software company Resy and Empathy Wines. First known as a wine critic who expanded his family's wine business, Vaynerchuk is now more known for his work in digital marketing and social media as the chairman of New York-based communications company VaynerX, and as CEO of VaynerX subsidiary VaynerMedia.

Robert Pickering "Bo" Burnham is an American comedian, musician, actor, film director, screenwriter, and poet. He began his performance career as a YouTuber in March 2006, and his videos have been viewed over 295 million times as of January 2021.

Gregory Sestero is an American actor and author best known for his role as Mark in the 2003 cult film The Room, as well as for his memoir The Disaster Artist, about his experiences making The Room, which itself was later adapted into a 2017 film.

Roger Friedman is an American journalist and gossip blogger. Friedman wrote the FOX411 news column on Fox News between 1999 and 2009. He now writes Showbiz411, an entertainment news and film review blog. 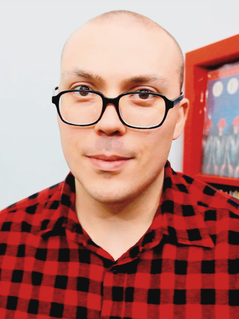 Anthony Fantano is an American music critic, YouTuber and internet personality known for his music-related YouTube channel The Needle Drop and its companion website. His website and YouTube videos discuss and review a variety of music genres. 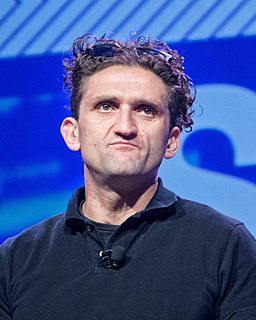 Casey Owen Neistat is an American YouTube personality, filmmaker, vlogger, and co-founder of the multimedia company Beme, which was later acquired by CNN. In 2018, he founded 368, a creative space for creators to collaborate with each other. 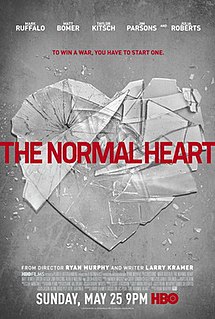 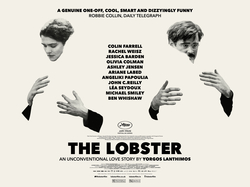 The Lobster is a 2015 surreal black comedy dystopian film directed, co-written, and co-produced by Yorgos Lanthimos, co-produced by Ceci Dempsy, Ed Guiney, and Lee Magiday, and co-written by Efthimis Filippou. In the film, single people are given 45 days to find romantic partners or otherwise be turned into animals. It stars Colin Farrell and Rachel Weisz as a man and woman who attempt to form a relationship. The film is a co-production by Ireland, the United Kingdom, Greece, France, and the Netherlands. 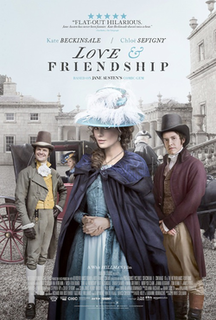 Love & Friendship is a 2016 period comedy film written and directed by Whit Stillman. Based on Jane Austen's epistolary novel Lady Susan, written c. 1794, the film stars Kate Beckinsale, Chloë Sevigny, Xavier Samuel, and Emma Greenwell. The film follows recently widowed Lady Susan in her intrepid and calculating exploits to secure suitably wealthy husbands for her daughter and herself. Although adapted from Lady Susan, the film was produced under the borrowed title of Austen's juvenile story Love and Freindship.