The New Haven Register is a daily newspaper published in New Haven, Connecticut. It is owned by Hearst Communications. The Register's main office is located at 100 Gando Drive in New Haven.

The Register covers 19 towns and cities within New Haven and Middlesex counties, including New Haven. The newspaper also had one reporter in Hartford, the state capital, who covered state politics, but as of March 2008 removed that reporter, leaving New Haven's major daily without day-to-day coverage of state offices and the General Assembly. [1] In order to fill that void, the paper signed a deal with CTNewsJunkie.com to provide coverage of the Connecticut state government.

The group publisher of Hearst publications in Connecticut is Mike Deluca. Helen Bennett is the editor of the Register.

The Register was established about 1812 and is one of the oldest continuously published newspapers in the U.S. In the early 20th century it was bought by John Day Jackson. The Jackson family owned the Register, published weekday evenings and Saturday and Sunday mornings, and The Journal-Courier, a morning weekday paper, until they were combined in 1987 into a seven-day morning Register. John Day Jackson passed control of the papers to his sons, Richard and Lionel Jackson, then to Lionel's son, Lionel "Stewart" Jackson Jr. The paper was sold to Mark Goodson, the television producer, then to a company headed by Ralph Ingersoll before being sold to the company recently known as Journal Register Company.After repeated bankruptcy filings, the paper was sold to Hearst Newspapers in 2017 by JRC successor Digital First Media.

The Register underwent both a newsroom union decertification and a suit brought by women newsroom employees, both successful, in the late 1970s and 1980s. It enjoyed its highest circulation, peaking at more than 100,000, in the mid-1980s.

On February 21, 2009 the Journal Register Company and twenty-six (26) of its affiliates (including the New Haven Register), [2] filed for Chapter 11 of the United States Bankruptcy Code. [3] It has since emerged as part of Digital First Media.

On March 4, 2012 the Register closed its printing operation and sourced printing of the newspaper to the Hartford Courant. [4] [5]

On September 20, 2014, the Register officially relocated its headquarters closer to the North Haven, Connecticut city line. The former Register building has been renovated and became a Jordan's Furniture.

Its main daily competitors are new Hearst stablemate the Post , located in Bridgeport, which covers Stratford, Milford, and portions of the lower Naugatuck Valley (Ansonia, Derby, Oxford, Seymour, and Shelton), and the Waterbury Republican-American , which covers Greater Waterbury, Litchfield County, and the Naugatuck Valley.[ citation needed ]

The Register also shares part of its circulation area with Elm City Newspapers, a chain of weekly newspapers which also share an owner and a New Haven headquarters building with the Register.

The Hartford Courant is the largest daily newspaper in the U.S. state of Connecticut, and is generally understood to be the oldest continuously published newspaper in the United States. A morning newspaper serving most of the state north of New Haven and east of Waterbury, its headquarters on Broad Street in Hartford, Connecticut is a short walk from the state capitol. It reports regional news with a chain of bureaus in smaller cities and a series of local editions. It also operates CTNow, a free local weekly newspaper and website.

The Republican-American is a conservative-leaning, family-owned newspaper based in Waterbury, Connecticut. It is the result of the combination of two separate newspapers – the Waterbury American and the Waterbury Republican.

Area code 203 is a North American telephone area code that is assigned to the southwestern part of Connecticut, and is overlaid with area code 475. The numbering plan area (NPA) 203 originally covered the entire state of Connecticut when the North American Numbering Plan was created in 1947. Today the numbering plan area stretches from Connecticut's western border, along its southern coast, to Madison, and north to Meriden. The region encompassed by 203 and 475 is mostly coextensive with the Connecticut side of the New York metropolitan area. 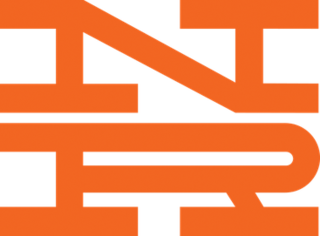 Route 63 is a secondary state highway in the U.S. state of Connecticut, from New Haven up to Canaan, running for 52.57 miles (84.60 km). It connects the Greater New Haven area to Northwestern Connecticut via the western suburbs of Waterbury.

Naugatuck station is a commuter rail station on the Waterbury Branch of the Metro-North Railroad's New Haven Line, located in Naugatuck, Connecticut.

CTNow is a free weekly newspaper in central and southwestern Connecticut, published by the Hartford Courant.

Connecticut's 5th congressional district is a congressional district in the U.S. state of Connecticut. Located in the western part of the state spanning across parts of Fairfield, Litchfield, New Haven and Hartford counties, the district runs from Meriden and New Britain in central Connecticut, westward to Danbury and the surrounding Housatonic Valley, encompassing the Farmington Valley, Upper Naugatuck River Valley, and the Litchfield Hills. The district also includes most of Waterbury.

The Connecticut Company was the primary electric street railway company in the U.S. state of Connecticut, operating both city and rural trolleys and freight service. It was controlled by the New York, New Haven and Hartford Railroad, which also controlled most steam railroads in the state. After 1936, when one of its major leases was dissolved, it continued operating streetcars and, increasingly, buses in certain Connecticut cities until 1976, when its assets were purchased by the state government.

The Barnstable Patriot is a weekly newspaper published in and for the town of Barnstable, Massachusetts, United States. Although it bills itself as "an independent voice since 1830", The Patriot has been owned, since 2019, by Gannett. 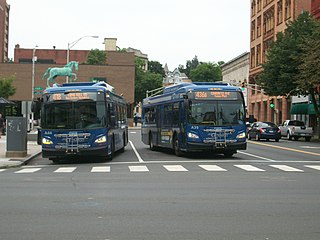 The Northeast Transportation Company is the operator of local bus service in the cities of Waterbury, Naugatuck, Meriden, and Wallingford, operating under contract to Connecticut Transit. 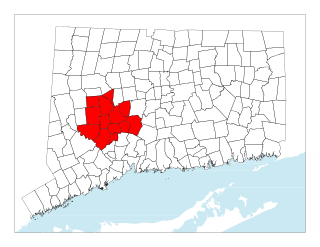 The Flood of 1955 was one of the worst floods in Connecticut's history. Two back-to-back hurricanes saturated the land and several river valleys in the state, causing severe flooding in August 1955. The rivers most affected were the Mad River and Still River in Winsted, the Naugatuck River, the Farmington River, and the Quinebaug River. The towns that suffered much loss include Farmington, Putnam, Naugatuck, Waterbury, and Winsted. 87 people died during the flooding, and property damage across the state was estimated at more than $200 million, in 1955 figures. The floods prompted changes in safety measures, river monitoring, and zoning laws.

The Mad River is a river that flows through northern New Haven County, Connecticut, in the United States. Rising at the outlet of Cedar Lake just south of Bristol, it courses roughly 11 miles through Wolcott and Waterbury before emptying into the Naugatuck River.