Hey was educated at King Edward's School, Birmingham [1] and the University of Oxford. He graduated with a Bachelor of Arts degree in physics in 1967, and a Doctor of Philosophy in theoretical physics [5] in 1970 supervised by P. K. Kabir. He was a student of Worcester College, Oxford and St John's College, Oxford. [1]

From 1970 through 1972 Hey was a postdoctoral fellow at California Institute of Technology (Caltech). Moving to Pasadena, California, he worked with Richard Feynman and Murray Gell-Mann, both winners of the Nobel Prize in Physics. [10] He then moved to Geneva, Switzerland and worked as a fellow at CERN (the European organisation for nuclear research) for two years. Hey worked about thirty years as an academic at University of Southampton, starting in 1974 as a particle physicist. He spent 1978 as a visiting fellow at Massachusetts Institute of Technology. For 1981 he returned to Caltech as a visiting research professor. There he learned of Carver Mead's work on very-large-scale integration and become interested in applying parallel computing techniques to large-scale scientific simulations.

Hey worked with British semiconductor company Inmos on the Transputer project in the 1980s. He switched to computer science in 1985, and in 1986 became professor of computation in the Department of Electronics and Computer Science at Southampton. While there, he was promoted to Head of the School of Electronics and Computer Science in 1994 and Dean of Engineering and Applied Science in 1999. Among his work was "doing research on Unix with tools like LaTeX." [11] In 1990 he was a visiting fellow at the Thomas J. Watson Research Center of IBM Research. He then worked with Jack Dongarra, Rolf Hempel and David Walker, to define the Message Passing Interface (MPI) [12] which became a de facto open standard for parallel scientific computing. [13] In 1998 he was a visiting research fellow at Los Alamos National Laboratory in the USA. [14]

Since 2015, he is a Senior Data Science Fellow [17] at the University of Washington eScience Institute.

Hey is the editor of the journal Concurrency and Computation: Practice and Experience. [18] [19] Among other scientific advisory boards in Europe and the United States, he is a member of the Global Grid Forum (GGF) Advisory Committee.[ citation needed ]

Hey has authored or co-authored a number of books including The Fourth Paradigm: Data-Intensive Scientific Discovery, [20] The Quantum Universe [21] and The New Quantum Universe, [22] The Feynman Lectures on Computation [23] [24] and Einstein's Mirror. [25] Hey has also authored numerous peer-reviewed journal papers. [4] [6] [7] [8] [26] [27] [28] [29] His latest book is a popular book on computer science called The Computing Universe: A Journey through a Revolution. [30]

Hey had an open scholarship to Worcester College, Oxford from 1963 to 1967, won the Scott Prize for Physics in 1967, senior scholarship to St John's College, Oxford in 1968 and was a Harkness Fellow from 1970 through 1972. [2] Hey was made a Commander of the Order of the British Empire (CBE) in 2005. He was elected a Fellow of the British Computer Society (FBCS) in 1996, the Institute of Physics (FInstP) and the Institution of Electrical Engineers in 1996 and the Royal Academy of Engineering (FREng) in 2001. [2] In 2006 he presented the prestigious IET Pinkerton Lecture. In 2007 he was awarded an honorary Doctor of Civil Law degree from Newcastle University. [10] In 2017 he was elected a Fellow of the Association for Computing Machinery (ACM). [3] 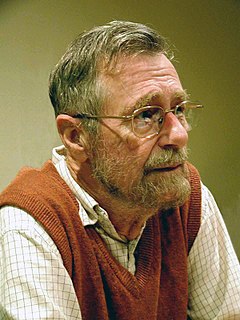 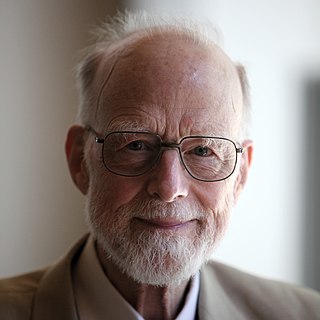 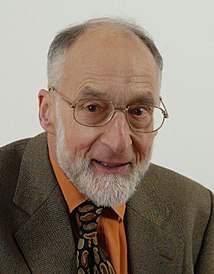 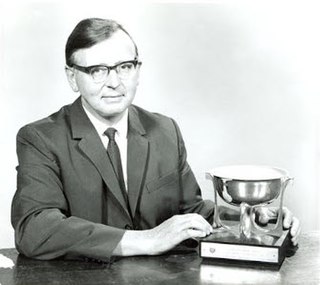 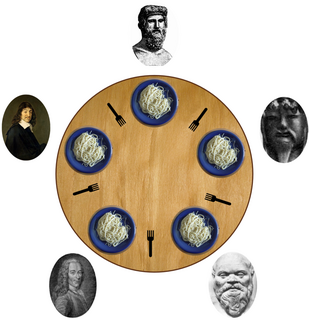 In computer science, concurrency is the ability of different parts or units of a program, algorithm, or problem to be executed out-of-order or in partial order, without affecting the final outcome. This allows for parallel execution of the concurrent units, which can significantly improve overall speed of the execution in multi-processor and multi-core systems. In more technical terms, concurrency refers to the decomposability property of a program, algorithm, or problem into order-independent or partially-ordered components or units. 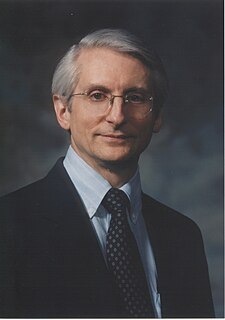 Leslie Gabriel Valiant is a British American computer scientist and computational theorist. He is currently the T. Jefferson Coolidge Professor of Computer Science and Applied Mathematics at Harvard University. Valiant was awarded the A.M. Turing Award in 2010, having been described by the A.C.M. as a heroic figure in theoretical computer science and a role model for his courage and creativity in addressing some of the deepest unsolved problems in science; in particular for his "striking combination of depth and breadth".

Luca Andrea Cardelli FRS is an Italian computer scientist who is an Assistant Director at Microsoft Research in Cambridge, UK. Cardelli is well known for his research in type theory and operational semantics. Among other contributions, he helped design Modula-3, implemented the first compiler for the (non-pure) functional programming language ML, and defined the concept of typeful programming. He helped develop the Polyphonic C# experimental programming language.

Moshe Ya'akov Vardi is an Israeli mathematician and computer scientist. He is a Professor of Computer Science at Rice University, United States. He is University Professor, the Karen Ostrum George Professor in Computational Engineering, Distinguished Service Professor, and Director of the Ken Kennedy Institute for Information Technology. His interests focus on applications of logic to computer science, including database theory, finite-model theory, knowledge in multi-agent systems, computer-aided verification and reasoning, and teaching logic across the curriculum. He is an expert in model checking, constraint satisfaction and database theory, common knowledge (logic), and theoretical computer science. 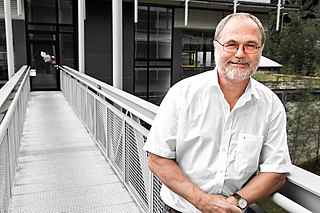 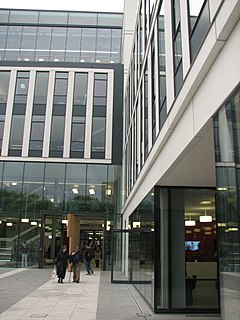 Francine Berman is an American computer scientist, and a leader in digital data preservation and cyber-infrastructure. In 2009, she was the inaugural recipient of the IEEE/ACM-CS Ken Kennedy Award "for her influential leadership in the design, development and deployment of national-scale cyberinfrastructure, her inspiring work as a teacher and mentor, and her exemplary service to the high performance community". In 2004, Business Week called her the "reigning teraflop queen".

Anne Elizabeth Trefethen FREng is Pro Vice-Chancellor, and professor of Scientific Computing at the University of Oxford. She is a fellow of St Cross College. Her work in industry and academia focuses on numerical algorithms and software, computational science and high-performance computing.

Anthony C. Hearn is an Australian-American computer scientist and adjunct staff member at RAND Corporation and at the Institute for Defense Analyses Center for Computing Sciences. He is best known for his pioneering contributions in mathematical software development, most notably in developing the computer algebra system REDUCE, which is the oldest such system still in active use. He was also one of the founders of the CSNET computer network, for which he shared the Jonathan B. Postel Service Award with Peter J. Denning, David Farber, and Lawrence Landweber in 2009. He was elected a Fellow of the Association for Computing Machinery in 2006 "for contributions to computer algebra and symbolic computation."