Tony McWalter (born 20 March 1945 in Worksop) is a politician in the United Kingdom. He was Labour Party and Co-operative Member of Parliament for Hemel Hempstead between 1997 and 2005.

From 1963 to 1964, he was a teacher at the catholic Cardinal Wiseman secondary school in Greenford, west London. From 1964 to 1967, he was periodically a lorry driver for EH Paterson Ltd. From 1968 to 1969, he was a teaching fellow at McMaster University.

He is a former philosophy lecturer at the University of Hertfordshire in Hatfield, beginning when it was known as Hatfield Polytechnic in 1974. He also lectured at Thames Polytechnic (now called the University of Greenwich) from 1972 to 1974. In the late 1980s he was Director of Computing at the university's education campus at Wall Hall.

McWalter's principal academic interest is in the philosophy of Kant, and with George MacDonald Ross he co-edited Kant and His Influence.

After electoral defeat, McWalter established an educational consultancy business offering one to one tuition in mathematics and the sciences. In this role he taught again at the University of Hertfordshire, teaching mathematics on a contract basis until 2007. In 2007 he was appointed as an associate lecturer at the Open University mathematics department (London region): and in 2010 he gained qualified teacher status from the Institute of Education (London University). He is a key stage five specialist teacher at The Thomas Alleyne Academy in Stevenage, teaching mathematics and physics. [1]

He contested St Albans in 1987 and Luton North in 1992. He also contested two European Parliament seats, Hertfordshire (1984) and Bedfordshire South (1989).

Early in his Westminster career, McWalter was one of a number of Labour MPs who petitioned for a planned cut in single-parents benefits, scheduled by the previous Conservative administration, to be cancelled before it came into effect. The cancellation of the cut was announced but then later revoked. McWalter abstained on the first vote in the Commons on implementing the cut. On later votes on the Welfare Reform bill McWalter voted with the government, but he did so having secured amendments on mobility allowance for disabled children aged between three and five, and on the bereavement allowance (which had been scheduled to be cut to six months so that widowers and widows could be given equal treatment). McWalter often cites this as evidence that it is possible for backbenchers to get laws beneficially amended.

McWalter served on the Northern Ireland select committee during the extraordinary period before and after the Good Friday Agreement. McWalter also served on the Procedure Committee, where his principal concern was the treatment of bill committees in the House. Specifically, the whips would only appoint "nodding dogs", and many clauses would be left both unamended and even undebated.

On 27 February 2002, McWalter asked the prime minister the following question: "My right hon. Friend is sometimes subject to rather unflattering or even malevolent descriptions of his motivation. Will he provide the House with a brief characterisation of the political philosophy that he espouses and which underlies his policies?" [2] The prime minister was famously confused. McWalter later claimed that he was annoyed by the constant theme in government that seemed to suggest that the main justification for a policy was that it was "modern". McWalter also claimed that the prime minister had had four days' notice of the question, and that his only motive was to get a carefully thought-out and principled response.

McWalter hosted three adjournment debates which have been read widely. One was on the teaching of philosophy on 1 July 1999, and it was circulated in academic circles as a concise justification for why the subject is important. It attracted independent laudatory notes from Bernard Williams and Simon Blackburn (professors of philosophy at Oxford and Cambridge respectively). A second debate by him on mathematics ("quadratic equations") was reprinted by the British Association for the History of Mathematics and by the American equivalent body, and is cited by Puzzi in a recent text "The Equation They Couldn't Solve".

The third debate for which McWalter is known was on scientific research. From 2001 he served on the Science and Technology select committee. At his initiative the committee reported in 2004 on the inadequacy of the current research council arrangements for funding research which would be of most immediate use for African countries: The report was strongly commended by the then secretary of state for international development (Hilary Benn) but despite that the report's fundamental recommendation (to inaugurate a research council especially for subjects germane to the interests of developing nations) was not acted on. Following the report McWalter hosted a "Science for Africa" debate, but he could not extract from the Minister an agreement to work to change research council structures.

McWalter was one of the "Iraq 139", the one hundred and thirty nine Labour MPs who voted against the principal resolution on the Iraq war on 20 March 2003.

He married Karen Omer on 30 March 1991. He has one stepson and two daughters.

Hemel Hempstead is a large town in Hertfordshire, England, which was originally developed as settlement formed as a new town by Henry VIII. Located 24 miles (39 km) northwest of London, it is part of the Greater London Urban Area. The population according to the 2011 Census was 97,500. 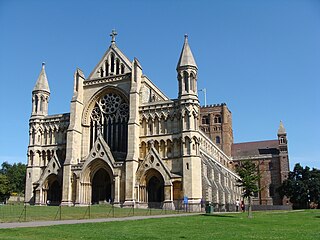 The City and District of St Albans is a local authority district in Hertfordshire in the East of England region. The main urban settlements are St Albans and Harpenden. The council offices are in St Albans. 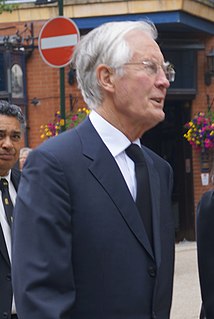 David Elliott Drew is a British Labour Co-op politician who served as the Member of Parliament (MP) for Stroud from 1997 to 2010, and regained the seat in 2017 before losing the seat for the second time at the 2019 general election. 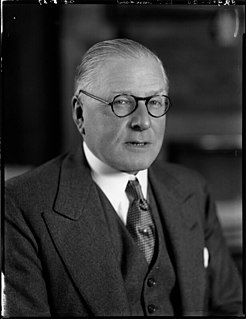 St Albans is a constituency represented in the House of Commons of the UK Parliament since 2019 by Daisy Cooper, a Liberal Democrat.

Sir Michael Alan Penning is a British Conservative Party politician, who has served as the Member of Parliament (MP) for Hemel Hempstead since 2005.

Hugh Kerr is a Scottish politician and a former lecturer in social policy at the Polytechnic of North London. He was elected a Labour Party Member of the European Parliament (MEP) in June 1994 to represent the euro-constituency of Essex West & Hertfordshire East until 1999.

Robert Brannock Jones was a Conservative Party politician in the United Kingdom. He was Member of Parliament (MP) for West Hertfordshire for its 14-year existence, from its creation in 1983 until it was abolished in 1997. He served as Minister of State for Construction, Planning and Energy Efficiency in the Department of the Environment from 1994 to 1997.

Reginald Moss was a British schoolteacher and Labour politician. After fighting an energetic campaign in Hemel Hempstead in the 1950 general election, he was elected as the first Member of Parliament for Meriden in 1955. As a backbencher he had a low profile but managed some achievements in House of Commons committees. Moss lost the highly marginal constituency after a single term and was forced to return to his previous career. He died many years later in obscurity.

Peter George Beazley was a British businessman and Conservative Party politician who worked for Imperial Chemical Industries for over thirty years. He went on to serve for fifteen years as a Member of the European Parliament (MEP). 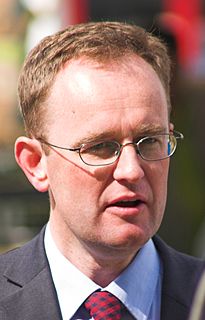 The St Albans by-election of 1919 was a parliamentary by-election held in England in December 1919 for the House of Commons constituency of St Albans in Hertfordshire. 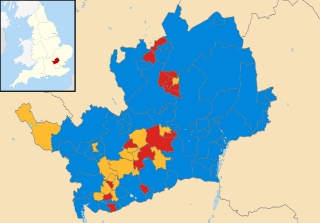 An election to Hertfordshire County Council took place on 2 May 2013 as part of the 2013 United Kingdom local elections. 77 electoral divisions elected one county councillor each by first-past-the-post voting for a four-year term of office. The electoral divisions were the same as those used at the previous election in 2009.