Ubay National Science High School (Filipino: Mataas na Pambansang Paaralang Pang-Agham ng Ubay), commonly called USci or SciHigh is a special public high school in the Philippines. The campus is located in the southern tip of Barangay Fatima in the municipality of Ubay in the province of Bohol. The school is duly administered by the Department of Education. [1] It is the second science high school in Bohol, next to Tagbilaran City.

The school was established through the collaborative efforts of education heads and political officials who dreamed to provide quality education for the students of Ubay and beyond. A year later after the success of creating a science high school in Tagbilaran City, the former Department of Education, Culture and Sports (DECS) - Region VII approved the establishment of the school in 1996, through the joined hands of then schools district supervisor Clarita V. Alesna, 2nd District Congressman Erico B. Aumentado and former municipal mayor Manuel B. Alesna.

On July 1, 1996, the school was formally opened wherein top elementary graduates of the municipality were enrolled to form the pioneer batch. The institution was first named Ubay Science and Laboratory High School.

At first, students and faculty members utilized the multi-purpose building in Ubay Central Elementary in Poblacion as their temporary shelter. Although the building was considerably small, the organization found a way to maximize the facility. It was later subdivided into five small rooms, which houses the a single classroom, faculty room, small library, computer room and a mini-theater.

The first set of faculty members were Clarita V. Alesna, Reynita Haduc, Ricarlena Catacutan and Arlene Ocdenaria. Mrs. Reynita Haduc was the first school principal and led the campus on its first 7 years. The campus produced its first batch of graduates in 2000.

The present-day two-storey school building was built in 1998 to accommodate the growing population of the institution. It was formally inaugurated on June 1998. The site of school building was donated by the philanthropist Eutiquio del Valle, a grandson of former Bohol governor, Eutiquio Boyles. [2]

The institution changed its name to Ubay Science High School, when the class opened on June 1998. It was later changed to Ubay National Science High School through the Republic Act No. 10034 in 2001 [3] during the third regular session of the 14th Congress.

A prospective student must pass the competitive and screening examination in order to be admitted to the school. Students are ranked according to their results, in which top passers are guaranteed slots in the campus. In case a student doesn't want to enter the school, or wants to enrol to another campus, students from the waiting list are called up to be enrolled in the institution in order to complete the slots allotted for the batch. [4]

Students from other science high school campuses may apply for transfer to the institution. However, they must meet a grade requirement.

The school offers a science and mathematics-oriented curriculum called Engineering and Science Education Program (ESEP). Department of Education devised this type of curriculum for specialized high schools in the Philippines. 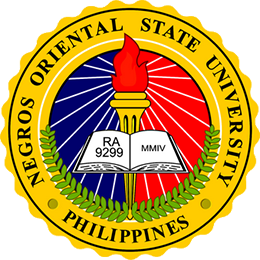 Negros Oriental State University is the only state university in the province of Negros Oriental, Philippines. Its Main Campus is located in Dumaguete City and has the greatest number of academic programs and student organizations. It also has 7 satellite campuses all over the province. Formerly Central Visayas Polytechnic College, it was converted into a state university for students from Visayas and Mindanao. The Main Campus is on Kagawasan Avenue, Dumaguete City, beside the provincial capitol building of Negros Oriental. 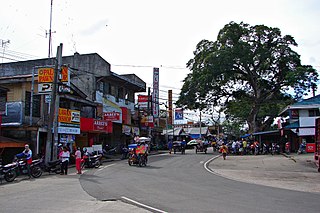 Ubay, officially the Municipality of Ubay,, is a 1st class municipality in the province of Bohol, Philippines. According to the 2015 census, it has a population of 73,712 people.

The Philippine Science High School Western Visayas Campus (PSHS-WVC), one of the campuses of the Philippine Science High School System, is located at Brgy. Bito-on, Jaro, Iloilo City, Philippines. Established in 1993, the school admits and grants scholarships to students who are gifted in the sciences and mathematics. Most of the scholars are from Western Visayas which covers the provinces of Aklan, Antique, Capiz, Guimaras, Iloilo and Negros Occidental, as well as the MIMAROPA, which includes the provinces of Occidental Mindoro, Oriental Mindoro, Marinduque, Romblon and Palawan. Until the establishment of PSHS Central Visayas in 2009, the campus also catered to the students from the Central Visayas provinces of Bohol, Cebu, Negros Oriental and Siquijor.

Holy Name University is a Catholic university, high school and elementary school located in Tagbilaran City, Bohol, Philippines. It is a private, co-educational school run by the Divine Word Missionaries (SVD). It offers programs in elementary, secondary, undergraduate and graduate levels. Its tertiary offerings include courses in arts and sciences, education, nursing, commerce and accountancy, computer science, engineering, and law. Aside from instruction, HNU engages in research and community extension.

The Holy Spirit School of Tagbilaran, formerly referred to as Holy Spirit School, abbreviated as HSST, is a private, Catholic, secondary, sectarian, co-educational institution in Tagbilaran City, Bohol, Philippines. It is run by the Missionary Sisters Servants of the Holy Spirit (SSpS) congregation, or Holy Spirit Sisters. It has preparatory, elementary and high school departments, and in-line with the K to 12 program of the government. The high school department was originally exclusive for girls, but has been changed to co-ed since 2001. In 2013, construction began for a new school campus at Purok 3, Dao District, Tagbilaran City, Bohol. Classes at the new campus commenced on November 5, 2015.

The Bohol Island State University (BISU), formerly the Central Visayas State College of Agriculture, Forestry and Technology (CVSCAFT), is a public institution of higher learning in Bohol, Philippines. The institution operates campuses spread throughout the province, with the main campus in Tagbilaran city, Bohol.

Amoud University is a comprehensive public university, located in the city of Borama in Somaliland. 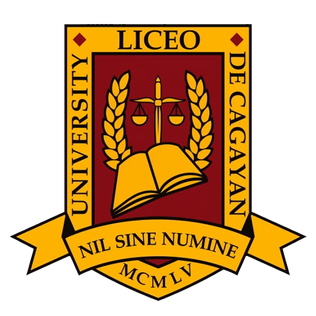 Erico Boyles Aumentado was a former governor, vice governor, and senior provincial board member of Bohol, and congressman and deputy speaker of the Philippine House of Representatives. He is the first governor of Bohol who served for three consecutive terms (2001-2010).

Asian Computer College is a private, non-sectarian institution of higher learning with two campuses in Calamba City in the Philippines. It was founded in 2000 as technical school offering short computer courses with basic education.

Our Lady of Lourdes College Foundation is an educational institution located in Daet, Camarines Norte in the Philippines.

The Philippine School Sultanate of Oman, established in 1989, is a private school in the Persian Gulf region. Located in the city of Muscat, Oman, the school caters to the Filipino community as well as foreigners who live in Muscat, Oman.