It holds the distinction as one of the national leaders in the field of Mathematics competitions, being among the country's most consistent schools in terms of its performance in the DepEd-sponsored MTAP contests the past decades. In 2004, it shot to international acclaim when a group of its student-researchers received the fourth Grand Award in the Intel International Science and Engineering fair held in Portland, Oregon. [2] The school continues to excel in producing quality research papers. It's the home of two of the best secondary papers in the Philippines. It's also renowned as a center of excellence for its Spanish elective. [3]

B. Soriano, the Chief of Special Services, conceived the establishment of a science high school in Quezon City. This idea was announced by Alfredo J. Andal, the City Schools Superintendent in 1967.

July 31, 1967, through a memorandum issued to all principals and head teachers, Mrs. Hermenegilda G. Margate, Mathematics and Science Supervisor, was designated by the City Superintendent of Schools to organize and take charge of the Quezon City Science High School.

At first, the school shared a campus with Judge Juan Luna High School at San Francisco Del Monte; in 1969, the school moved to the present site of the Quezon City General Hospital, formerly the San Jose Seminary.

In 1969, the Quezon City Council through the leadership of the then Vice Mayor Ismael A. Mathay, Jr. donated the present school site, measuring 2.4 hectares under Quezon City Government with TCT# 265553 in Barangay Sto. Cristo, Bago Bantay, Quezon City in 1969.

Applicants must have at least a grade of 85 in major subjects (Sciences, Math, English) and at least 83 in minor subjects to be able to take the entrance exam. In the first screening, applicants must achieve a score of at least 75%. In order to pass the second screening, an applicant must be in the top 250 of the examinees. The Third, and last, Screening is an interview.

Clubs are not required in the curriculum, however the different clubs are offered to those who are interested.

Handled by the AP Department:

Handled by the MAPEH Department:

Handled by the Science Department:

Other clubs include the English Club, Filipino Club, ICT Club, and the Math Club.

Students also succeed in the field of research. They gain awards locally and internationally throughout every year as they make it to competitions like I-SWEEEP, INESPO, INEPO, Intel-ISEF, and many others.

The school papers also marks the school, being the champion of the whole country in the National Schools Press Conference (NSPC) in 2001. Awards are still being secured every year. The Electron (English publication) and Banyuhay (Filipino Publication) held the District Press Conference championship title for the 14th consecutive year in 2009. They are two of the best secondary school papers in the Philippines.

The school publications received awards in the recently concluded National Schools Press Conference 2012 participated in by more than 5,000 schools in the country. Banyuhay (The Filipino newsletter) reaped two first-place, one second-place, and two third-place trophies, making it once again the country's Best Secondary School Publication for the Filipino Category. Meanwhile, The Electron was also adjudged as One of the Ten Best Secondary School Papers in the Philippines for the English Category.

Quezon City Science High School can be found at the back of SM City North EDSA (Behind Interior Zone). QueSci has a parking lot that snakes around the inside of the campus, 2 gates (Scientian/Golden Acres Road & Misamis St.), and 9 buildings.

In 2009, during the sacking of publications supervised by adviser Rex San Diego, several students vented their angst in the Internet against principal Zenaida Sadsad. Several students created blogs targeting the school administration and its anomalous policies. [6] These students criticised the partial policies being implemented in the school as well as the administration's oppression towards dissenting opinions. These blogs earned the students sanctions, which took toll when four students were suspended for more than a week.

In 2013, a complaint affidavit was filed against Dr. Zenaida Sadsad. The affidavit includes the issues of: 1) accepting student applicants who did not actually meet the grade requirement of QCSHS. 2) openly endorsing Brainworks/Brainchamps Tutorial Learning Center to QCSHS student applicants, with the assurance of guaranteed admission slot in the school. The center boasts of 100% passing rate to the said science high school. 3) leaking out periodical test questions to said tutorial center. 4) threatening teachers who are spreading the issue of the test leakage with a libel suit and removal from service. [7] Dr. Sadsad was temporarily moved to another school on the months of January to March 2010. [8] She resumed office on April until her permanent transfer on September 30, 2013. [9]

Vigan, officially the City of Vigan, is a 4th class component city and capital of the province of Ilocos Sur, Philippines. According to the 2015 census, it has a population of 53,879 people.

Buenavista, officially the Municipality of Buenavista, is a 4th class municipality in the province of Bohol, Philippines. According to the 2015 census, it has a population of 27,261 people.

Paracelis, officially the Municipality of Paracelis is a 2nd class municipality in the province of Mountain Province, Philippines. According to the 2015 census, it has a population of 28,121 people.

Bato, officially the Municipality of Bato, is a 4th class municipality in the province of Leyte, Philippines. According to the 2015 census, it has a population of 38,356 people. 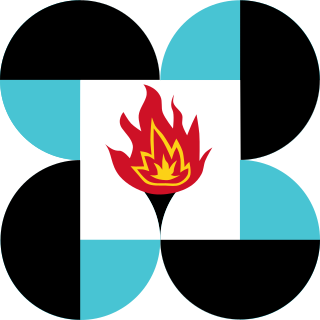 Regional Science High School for Region 1 (RSHS) is a Magnet school of the Department of Education (Philippines), established in 1994 by virtue of DECS Order No. 69,s.1993. The school has a curriculum that specializes in science and research.

Regional Science High School Union (RSHS-Union) is a specialized system of public secondary schools in the Philippines, established during the 1994-1995 school year. It is operated and supervised by the Department of Education, with a curriculum heavily focusing on math and science. It remains within the ambit of the Department of Education, unlike the specialized science high school system of national scope, the Philippine Science High School.

Quezon National High School (QNHS) is a public secondary science high school in Brgy. Ibabang Iyam, Lucena City, Philippines. It is one of the largest contingent national high schools in the Philippines, both by size and by population, with more than 11,000 enrollees from Grades 7 to Grade 12.

Justice Carmelino Gomez Alvendia Sr. was a justice of Court of Appeals of the Philippines, a founder of Quezon City Academy and a co-founder of the Manuel L. Quezon University (MLQU), formerly Manuel L. Quezon Educational Institute, in 1947.

Tagum City National High School (TCNHS), situated at Mangga District, Visayan Village, is the biggest of the five main public high schools in Tagum City and the only school orients Science based programs in Tagum City with matching programs of Arts, Sports, Journalism, Special Education and TechVoc with Special Class Program for Gifted and Talented Students, under the jurisdiction of the DepEd Division of Tagum City. Founded on February 14, 1967, the institution started from a Barrio Charter to host secondary education for students to a highly respected educational institution catering students from Tagum City and the province of Davao del Norte.

The Batangas Province Science High School is a public residential science high school system in Dacanlao, Calaca, Batangas, Philippines that focuses on the intensive study of science, mathematics and technology. It is a DepEd-recognized science high school that was founded by Batangas Provincial Governor Hon. Hermilando I. Mandanas. It opened its doors to aspiring students on June 1998; in that same year, the school's first English student publication, The Quillmaker, was published.

Marcelo H. del Pilar National High School is one of the largest secondary schools in Central Luzon in terms of population. It has an average population of almost 10,000 students from Junior and Senior High School and 350 teachers. MHPNHS is one of the oldest secondary schools in the Philippines established in 1905. Its Junior High School Department offers the five curricula endorsed by the Department of Education: the Engineering and Science Education Program, the Basic Education Curriculum, the Special Program for Sports, the Special Program for Journalism and the Special Program for Foreign Language. The Senior High School Department is established in 2016 and offers Academic, Technical, Vocational and Livelihood, Arts and Design and Sports tracks. Under these tracks are the various strands, namely: Humanities and Social Sciences (HUMSS), Science, Technology, Engineering and Mathematics (STEM), Accountancy, Business and Management (ABM), Arts and Design (AAD), Sports, and various TVL strands.

St. Theresa's College, Quezon City, Philippines, is a Catholic private school for girls run by the Missionary Sisters of the "Immaculati Cordis Mariae" or Immaculate Heart of Mary (ICM), which was officially established on January 7, 1947 but opened only on in June 1947.

Caraga Regional Science High School is a public school in San Juan, Surigao City, Philippines. It is the leading school in the Division of Surigao City with high MPS during the annual National Achievement Tests (NAT), and has been consistent in making its name in Division, Regional, National and International level contests.

Philippine Science High School - Soccsksargen Region Campus (PSHS-SRC), situated at Brgy. Paraiso, Koronadal City, is the 12th campus of the Philippine Science High School System which admits and grants scholarships to students who are gifted in science and mathematics all over Soccsksargen and neighboring places. Admission to this campus is by passing the National Competitive Examination organized and conducted by the PSHS System annually and only Filipino citizens are qualified to attend. Soccsksargen covers the provinces of South Cotabato, North Cotabato, Sarangani and Sultan Kudarat. The PSHS-SRC formally opened on June 17, 2013 with 52 scholars comprising as the pioneering batch.

Veterans Village, more commonly known as Project 7 and Muñoz, is a barangay located in Quezon City with an approximate land area of 51.941 hectares bounded by Barangay San Antonio in the Southwest, Roosevelt Avenue in the West, Barangay Bungad in the Southeast and EDSA in the North.