Active before the active the First World War, the Ulster Liberal Association sought to avoid a position on the question of Home Rule (the restoration of an Irish parliament in Dublin) which had seen Liberal unionists split and join Conservatives in the Irish Unionist Alliance. In 1908, the Association dismissed the former Independent Orangeman and Liberal candidate for Mid Armagh in the 1906 parliamentary election, R. Lindsay Crawford as editor of its paper, Ulster Guardian, because it could not allow its pages "to be used directly or indirectly in support of devolution or Home Rule". [2]

After the creation of Northern Ireland as a home-ruled division of the United Kingdom in 1921, the Association was restyled the Northern Ireland Liberal Association, and in May 1928 relaunched itself as the Ulster Liberal Party. [3] It nominated candidates in the 1929 UK general election, [4] including future Seanad Éireann member Denis Ireland and Unbought Tenants' Association MP George Henderson, before the party became inactive.

The party was re-founded by Albert McElroy in 1956, as (again) the Ulster Liberal Association. [5] From 1961 to 1969, the party had one seat in the House of Commons of Northern Ireland, when Sheelagh Murnaghan held one of the four seats allocated to Queen's University, Belfast. [5] It was represented on the committee of the Northern Ireland Civil Rights Association in 1967. As a party it sought to end sectarian divisions in Northern Ireland and Murnaghan tried on four occasions to pass a Bill of Rights in the Northern Ireland Parliament to address discrimination. [6]

In 1969 Claude Wilton became a senator for the party in the Senate of Northern Ireland. [7]

After 1970, it suffered the loss of many of its members to the Alliance Party of Northern Ireland. [5] Its last political contest was the 1985 local government election, [8] after which its last remnants joined the Labour '87 group.[ citation needed ] The Liberal Democrats, successor to the British Liberal Party, later formed links with the Alliance Party. There is also a small local party of the Liberal Democrats in Northern Ireland, who do not contest elections.

As of 1971, the party's president was McElroy, while John Quinn was the chair, and Berkley Farr was the secretary. [9] Cecil Bell replaced Farr as secretary, and James Murray took over in 1979. From 1978 until 1982, the chair was Mervyn Cowan, the secretary was James Murray, and the position of president had been abolished. Patricia Cowan was the treasurer throughout. [10] 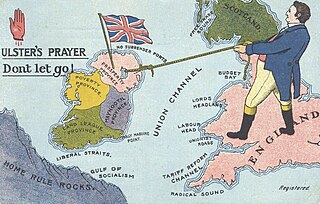 Unionism in Ireland is a political tradition on the island that professes loyalty to the unifying Crown and constitution of the United Kingdom. Once the overwhelming sentiment of a then-ascendant minority Protestant population, in the decades following Catholic Emancipation (1829) it mobilised to oppose the restoration of an Irish parliament. Resurgent as "Ulster unionism", in the century since Partition (1921), its commitment has been to the retention within the United Kingdom of the six Ulster counties that constitute Northern Ireland. Within the framework of a peace settlement for Northern Ireland, since 1998 unionists have reconciled to sharing office with Irish nationalists in a devolved administration, while continuing to rely on the connection with Great Britain to secure their cultural and economic interests. 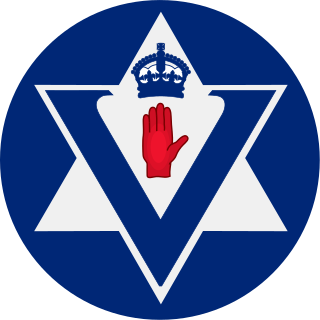 The Northern Ireland peace process includes the events leading up to the 1994 Provisional Irish Republican Army (IRA) ceasefire, the end of most of the violence of the Troubles, the Good Friday Agreement of 1998, and subsequent political developments. 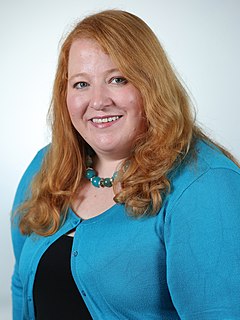 Sheelagh Mary Murnaghan, was an Ulster Liberal Party Member of Parliament (MP) in the House of Commons of Northern Ireland at Stormont.

Events during the year 1924 in Northern Ireland.

Albert Horatio McElroy was a minister of religion and politician in Northern Ireland.

The 2017 election to the Northern Ireland Assembly was held on 2 March 2017. The election was held to elect members (MLAs) following the resignation of deputy First Minister Martin McGuinness in protest over the Renewable Heat Incentive scandal. McGuinness' position was not filled, and thus by law his resignation triggered an election. It was the sixth election since the Assembly was re-established in 1998, and the first to implement a reduction in size to 90 MLAs.

The Liberal Party of Ireland, sometimes also referred to as the "Irish Liberal Party", was a minor political party in Ireland, formed in 1967 and lasting briefly until roughly 1969.