The United States Senate Committee on the Judiciary, informally the Senate Judiciary Committee, is a standing committee of 22 U.S. senators whose role is to oversee the Department of Justice (DOJ), consider executive and judicial nominations, as well as review pending legislation.

The U.S. House Committee on Transportation and Infrastructure is a standing committee of the United States House of Representatives.

The American Petroleum Institute (API) is the largest U.S. trade association for the oil and natural gas industry. It claims to represent nearly 600 corporations involved in production, refinement, distribution, and many other aspects of the petroleum industry. 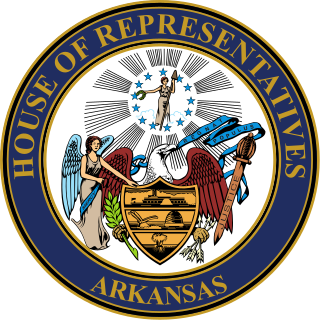 The Arkansas House of Representatives is the lower house of the Arkansas General Assembly, the state legislature of the US state of Arkansas. The House is composed of 100 members elected from an equal amount of constituencies across the state. Each district has an average population of 29,159 according to the 2010 federal census. Members are elected to two-year terms and, since the 2014 Amendment to the Arkansas Constitution, limited to sixteen years cumulative in either house. 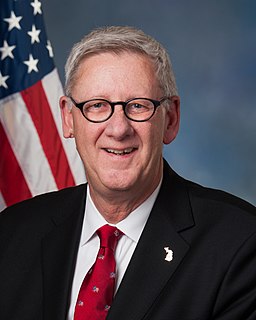 Paul Mitchell III was an American businessman and politician from the state of Michigan who served as a U.S. Representative for Michigan's 10th congressional district. He was first elected in 2016. In July 2019, Mitchell announced that he would not run for re-election in 2020 over health issues. While serving, he was a member of the Republican Party until he left the party in December 2020, when he announced he was becoming an independent.