The United States House Committee on the Budget, commonly known as the House Budget Committee, is a standing committee of the United States House of Representatives. Its responsibilities include legislative oversight of the federal budget process, reviewing all bills and resolutions on the budget, and monitoring agencies and programs funded outside of the budgetary process. The committee briefly operated as a select committee in 1919 and 1921, during the 66th and 67th United States Congresses, before being made a standing committee in 1974. [1]

Role of the House Budget Committee

The primary responsibility of the Budget Committee is the drafting and preparation of the Concurrent Resolution on the Budget, commonly referred to as the "budget resolution." This resolution sets the aggregate levels of revenue and spending that is expected to occur in a given fiscal year. A budget resolution by law must be enacted by Congress by April 15. This target date is rarely met, and in at least four years (FY1999, FY2003, FY2005, and FY2007) no budget resolution was ultimately adopted. This resolution also gives to each committee of the House an "allocation" of "new budget authority." This allocation is important in the consideration of legislation on the floor of the House. If a bill comes to the floor to be considered and it causes an increase in spending above this allocation, it is subject to a point of order (under 302(f) of the Congressional Budget Act). This is true for discretionary spending (spending that is provided to the Federal Government each year) and mandatory spending (spending such as entitlements where a beneficiary class is defined and a benefit is provided). If an entitlement is expanded and it has not been budgeted for in the budget resolution, it is subject to a point of order on the floor and, if not waived, will prevent it from being called up for consideration (if a Member of Congress stands before the body and makes the point of order).

In general, legislation is cleared of such problems prior to consideration through discussions between the House Parliamentarian, the House Leadership, and the House Budget Committee.

The committee holds hearings on federal budget legislation and congressional resolutions related to the federal budget process. The committee holds hearings on the President's annual budget request to Congress and drafts the annual Congressional Budget Resolution, which sets overall spending guidelines for Congress as it develops the annual federal appropriations bills. The committee also reviews supplemental budget requests submitted by the President, which cover items which for one reason or another were not included in the original budget request, usually for emergency spending. Recently, emergency budget supplementals have been used to request funding for the wars in Iraq and Afghanistan as well as for disaster recovery after Hurricanes Katrina and Rita. The committee may amend, approve, or table budget-related bills. It also has the power to enforce established federal budget rules, hold budget-related investigations, and subpoena witnesses. Additionally, the committee has oversight of the Congressional Budget Office.

Rules of the Committee

The committee meets on the second Wednesday of each month while the House is in session. Though this is required, it is almost always waived and the committee only meets when a subject of sufficient importance arises. This usually occurs during the early part of the calendar year when the President's budget is issued and important budgetary decisions must be made.

It is not permitted to conduct business unless a quorum is present. For hearings, two Members must be present for a hearing to begin. For a business meeting, such as a "mark-up" of a legislative document, a majority of its members must be present. If a bill is passed out of committee without the requisite quorum, it may be subject to a point of order on the floor of the U.S. House of Representatives.

The committee may only consider measures placed before it either by the Chairman or by a majority vote of its members.

Each member of the Committee may question witnesses during hearings, in order of seniority when the hearing is called to order. Otherwise, Members are recognized in order of their arrival after the gavel has brought the Committee to order.

The Committee is chaired by Democrat John Yarmuth from Kentucky. The ranking member is Republican Jason Smith from Missouri.

Also under House rules, unlike other committees of the House of Representatives, membership on the Budget Committee is term limited. Rank-and-file members must rotate off the committee after serving for three terms. Chairmen and Ranking members may serve no more than four terms. (See Clause 5 of Rule X of the Rules of the House of Representatives). [2] These limits are often waived, as they have been for Chairman John Kasich (R-OH), Chairman Jim Nussle (R-IA) and Chairman John Spratt (D-SC). Such a waiver requires a vote of the whole House, and is usually included in the opening day "Rules Package" that sets the rules for each successive Congress. Such a resolution is normally introduced as "House Resolution 5" or "House Resolution 6."

Major legislation reported out of the House Budget Committee

The Committee on Ways and Means is the chief tax-writing committee of the United States House of Representatives. The Committee has jurisdiction over all taxation, tariffs, and other revenue-raising measures, as well as a number of other programs including Social Security, unemployment benefits, Medicare, the enforcement of child support laws, Temporary Assistance for Needy Families and foster care and adoption programs. Members of the Ways and Means Committee are not allowed to serve on any other House Committee unless they are granted a waiver from their party's congressional leadership. It has long been regarded as the most prestigious and most powerful committee in Congress. 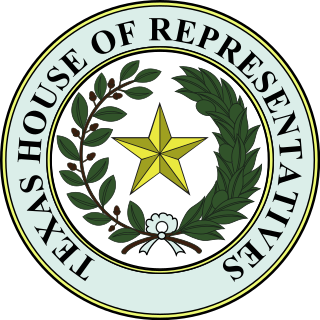 PAYGO is the practice in the United States of financing expenditures with funds that are currently available rather than borrowed.

John Allan Yarmuth is an American politician and former newspaper editor serving as the U.S. Representative for Kentucky's 3rd congressional district since 2007. His district encompasses the vast majority of the Louisville Metro Area. Since 2013, he has been the only Democratic member of Kentucky's congressional delegation.

In the United States Senate, a filibuster is a tactic employed by opponents of a proposed law to prevent a measure from being brought to a vote. The Senate rules permit senators to speak for as long as they wish, and on any topic they choose, until "three-fifths of the Senators duly chosen and sworn" vote to close debate by invoking cloture under Senate Rule XXII. The most common form of filibuster occurs when one or more senators attempt to delay or block a vote on a bill by extending debate on the measure. The use of filibusters has also been threatened to disrupt the functioning of the Senate and the Congress.

The Continuing Appropriations Resolution, 2015 is a continuing resolution and United States public law that funded the federal government of the United States through December 11, 2014 by appropriating $1 trillion.