The Subcommittee on Courts, Intellectual Property, and the Internet shall have jurisdiction over the following subject matters: Administration of U.S. Courts, Federal Rules of Evidence, Civil and Appellate Procedure, judicial ethics, copyright, patent, trademark law, information technology, other appropriate matters as referred to by the Chairman, and relevant oversight.

Susan Ellen "Zoe" Lofgren is an American politician serving as the U.S. Representative for California's 19th congressional district, first elected to Congress in 1994. 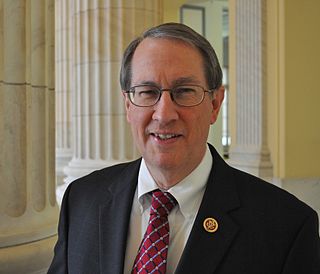 Robert William Goodlatte is an American politician and attorney. He served in the United States House of Representatives representing Virginia's 6th congressional district for 13 terms. He was also the Chair of the House Judiciary Committee, which has jurisdiction over legislation affecting the federal courts, administrative agencies, and federal law enforcement entities. A Republican, Goodlatte's district covered Roanoke and also included Lynchburg, Harrisonburg, and Staunton.

The United States Senate Committee on the Judiciary, informally the Senate Judiciary Committee, is a standing committee of 22 U.S. Senators whose role is to oversee the Department of Justice (DOJ), consider executive nominations, and review pending legislation.

The United States Senate Health Subcommittee on Employment and Workplace Safety is one of the three subcommittees within the Senate Committee on Health, Education, Labor and Pensions.

The Design Piracy Prohibition Act, H.R. 2033, S. 1957, and H.R. 2196, were bills of the same name introduced in the United States Congress that would have amended Title 17 of the United States Code to provide sui generis protection to fashion designs for a period of three years. The Acts would have extend protection to "the appearance as a whole of an article of apparel, including its ornamentation," with "apparel" defined to include "men's, women's, or children's clothing, including undergarments, outerwear, gloves, footwear, and headgear;" "handbags, purses, and tote bags;" belts, and eyeglass frames. In order to receive the three-year term of protection, the designer would be required to register with the U.S. Copyright Office within three months of going public with the design.

The Subcommittee on Crime, Terrorism and Homeland Security is a subcommittee within the House Judiciary Committee. 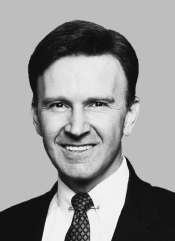 James Edward Rogan is a judge of the Superior Court of California, adjunct law professor, author and former Member of the United States House of Representatives from California. He also formerly served as United States Under Secretary of Commerce for Intellectual Property, Director of the United States Patent and Trademark Office, California State Assembly Majority Leader, a judge of the California Municipal Court, a gang murder prosecutor with the Los Angeles County District Attorney's office and a civil litigator in private law practice. In January 2007, President George W. Bush nominated Rogan to be a federal judge for the United States District Court for the Central District of California, but the Senate failed to act on the nomination before the expiration of Bush's term in office.

United States House Judiciary Subcommittee on Courts, the Internet, and Intellectual Property is a subcommittee within the House committee on the Judiciary. It has jurisdiction over the following subject matters: copyright, patent, trademark law, information technology, antitrust matters, other appropriate matters as referred by the Chairman, and relevant oversight.

Preserving Our Hometown Independent Pharmacies Act of 2011 is legislation that was introduced in the 112th United States Congress on May 23, 2011, with the full title of the bill stating to "ensure and foster continued safety and quality of care and a competitive marketplace by exempting independent pharmacies from the antitrust laws in their negotiations with health plans and health insurance insurers". The chief sponsor of the legislation was Republican Tom Marino (R-PA10), while other notable co-sponsors include Republican Cathy McMorris Rodgers (R-WA5), Democrat Leonard Boswell (D-IA3), and Republican Austin Scott (R-GA8).