The Wales national Under 18 rugby team is for Welsh rugby union players aged 18 or under on January 1 of the year during which they are selected.

They compete in the Under 18 Six Nations Festival and a separate under 18's four nation tournament. 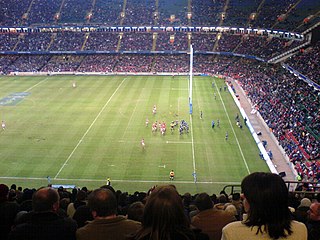 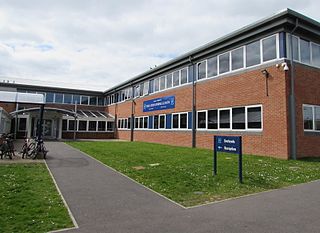 Ysgol Gyfun Gymraeg Glantaf is a Welsh-medium coeducational secondary school in Llandaff North, a district in the north of Cardiff, Wales and is the largest of its kind in the country. The name 'Glantaf' means 'The bank of the river Taf' in Welsh. Of the three Welsh-medium secondary schools serving Cardiff, it was the first to be established. Although all students speak Welsh and normally have received Welsh-language primary education, 68% come from homes where Welsh is not the first language. 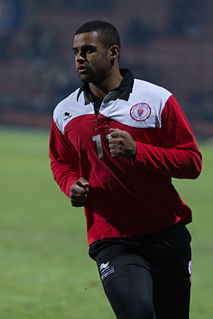 Aled Brew is a former Wales international rugby union player who played as a winger. He made his debut for the Wales national rugby union team against Ireland in the 2007 Six Nations Championship. In his career, as well as playing for Biarritz Olympique and Bath Rugby, he is one of only a handful of players to have played for all four top-level regional teams in Wales.

Richie Rees is a former Wales international professional rugby union player. He played as a scrum-half. He is now the attack coach for the Cardiff Blues.

The 2008–09 Celtic League was the eighth Celtic League season and the third with Magners as title sponsor. The season began in September 2008 and ended in May 2009. Ten teams played each other on a home-and-away basis, with teams earning four points for a win, and a bonus point for scoring four or more tries in a match. Losing teams also earned a bonus point if they lost by seven points or less.

Aberdare High School was a comprehensive school in Aberdare, Wales.

Hallam Benjamen Amos is a Wales international rugby union player who plays for the Cardiff Blues, having previously played for Dragons.

Judgement Day is an annual Welsh Rugby Union event that takes place at Millennium Stadium in Cardiff and is part of the Pro14 competition. The four regions – Cardiff Blues, Dragons, Ospreys and Scarlets – join with the Welsh Rugby Union in organising a double-header fixture at the Millennium Stadium. The annual derby day clash will be repeated for the foreseeable future with the two east Wales regions taking on the two west Wales regions. In 2020, two matches were held on consecutive days at Rodney Parade due to the COVID-19 pandemic causing a change to the format of the 2019–20 season and the Millenium Stadium being unavailable due to being in use as Dragon's Heart Hospital.

Dyddgu Hywel is a Welsh rugby union player who plays fullback for the Gloucester Hartpury and the Wales women's national rugby union team. She won her first international cap against Ireland at the 2013 Women's Six Nations Championship. Outside of rugby, she is a lecturer for the Coleg Cymraeg Cenedlaethol at Cardiff Metropolitan University. 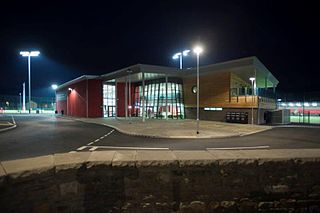 Tomos Williams is a Welsh rugby union player who plays for the Cardiff Blues as a scrum half. He is a Wales international, and played for the Wales sevens team during the 2013–14 IRB Sevens World Series.

Sean Holley is a Broadcaster and Rugby Union Coach

Seb Davies is a Welsh rugby union player who plays for Cardiff Blues as a lock and can also play flanker. He is an ex-Wales under-20 international and full Welsh international.

The 2017–18 PRO14 was the seventeenth season of the professional rugby union competition originally known as the Celtic League. It is the first season to be referred to as the Guinness PRO14 Championship, with the addition of two South African teams.

Project Reset is a proposed Welsh Rugby Union reform programme to restructure Welsh regional rugby. Recent years have indicated both regional and club rugby in Wales is in financial crisis, with sides such as Neath RFC closely defeating a liquidation order and Ospreys at risk of losing key players in 2019 and the 2019/20 season ahead.

Robyn Olivia Wilkins is a Welsh rugby union player who has played either centre, fly-half or full-back for the Wales women's national rugby union team and Worcester Warriors Women of Premier 15s. She made her debut for the Wales national squad in 2014 and has played 50 matches for the national side. Wilkins has played for Ospreys, Cardiff Blues Women and Llandaff North RFC at the club level. She works as a science teacher at Bassaleg Comprehensive School in Newport while continuing her rugby career.