Weidenfeld & Nicolson Ltd (established 1949), often shortened to W&N or Weidenfeld, is a British publisher of fiction and reference books. It has been a division of the French-owned Orion Publishing Group since 1991.

George Weidenfeld and Nigel Nicolson founded Weidenfeld & Nicolson in 1949 with a reception at Brown's Hotel, London. [1] [2] Among many other significant books, it published Vladimir Nabokov's Lolita (1959) and Nicolson's Portrait of a Marriage (1973), a frank biography of his mother Vita Sackville-West and father Harold Nicolson. In its early years Weidenfeld also published nonfiction works by Isaiah Berlin, Hugh Trevor-Roper, and Rose Macaulay, and novels by Mary McCarthy and Saul Bellow. Later it published titles by world leaders and historians, along with contemporary fiction and glossy illustrated books. [3] [4] Weidenfeld & Nicolson acquired the publisher Arthur Baker Ltd in 1959, and ran it as an imprint into the 1990s. [5]

Nigel Nicolson was an English writer, publisher and politician.

Brown's Hotel is a luxury hotel in Mayfair, London, established in 1837 and owned by Rocco Forte Hotels since 3 July 2003. It is considered one of London's oldest existing hotels. 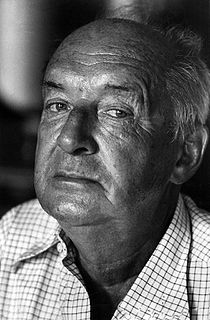 Vladimir Vladimirovich Nabokov, also known by the pen name Vladimir Sirin, was a Russian and American novelist, poet, translator and entomologist. His first nine novels were written in Russian (1926–38), but he achieved international prominence after he began writing English prose. Nabokov became an American citizen in 1945.

Weidenfeld was one of Orion's first acquisitions after the group's founding in 1991, and formed the core of its offerings. At that time Weidenfeld imprints included Phoenix, its own much earlier establishment; and J. M. Dent, acquired in 1988 along with its Everyman series. Orion was acquired in turn by Hachette Livre in 1998. [6] The hardcover rights to Everyman Library were sold in 1991, and survive as a Random House property; paperbacks of Everyman Classics continued under Orion.

Late in 2013, W&N published the British edition (and Hachette subsidiary Little, Brown the American edition) of I Am Malala , the memoir of Pakistani-born teenager Malala Yousafzai with Christina Lamb. Yousafzai is a female education activist, and the Nobel Peace Prize winner in 2014. [7] [8]

I Am Malala: The Story of the Girl Who Stood Up for Education and was Shot by the Taliban is an autobiographical book by Malala Yousafzai, co-written with Christina Lamb. It was published on 8 October 2013, by Weidenfeld & Nicolson in the UK and Little, Brown and Company in the US. The book details the early life of Yousafzai, her father's ownership of schools and activism, the rise and fall of the Tehrik-i-Taliban Pakistan in Swat Valley and the assassination attempt made against Yousafzai, when she was aged 15, following her activism for female education. It has received a positive critical reception and won awards, though it has been banned in many schools in Pakistan. 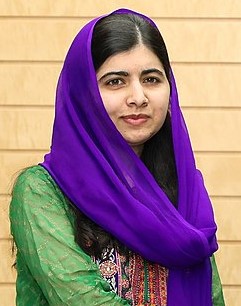 Malala Yousafzai, also known mononymously as Malala, is a Pakistani activist for female education and the youngest Nobel Prize laureate. She is known for human rights advocacy, especially the education of women and children in her native Swat Valley in Khyber Pakhtunkhwa, northwest Pakistan, where the local Taliban had at times banned girls from attending school. Her advocacy has grown into an international movement, and according to former Pakistani Prime Minister Shahid Khaqan Abbasi, she has become "the most prominent citizen" of the country. 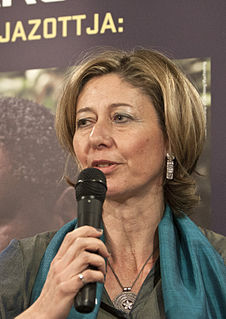 Christina Lamb OBE is a British journalist and author. She is the chief foreign correspondent for The Sunday Times. 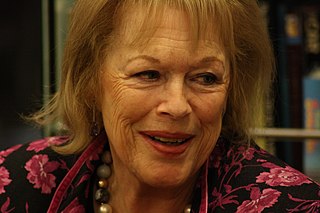 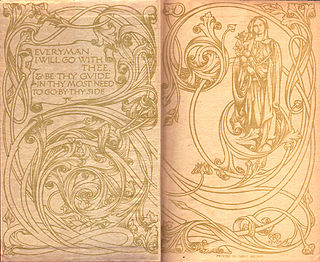 Victor Gollancz Ltd was a major British book publishing house of the twentieth century. It was founded in 1927 by Victor Gollancz and specialised in the publication of high quality literature, nonfiction and popular fiction, including crime, detective, mystery, thriller and science fiction. Upon Gollancz's death in 1967, ownership passed to his daughter, Livia, who sold it to Houghton Mifflin in 1989. Three years later, in October 1992, Houghton Mifflin sold Gollancz to the publishing house Cassell & Co. Cassell and Orion Publishing Group were acquired by Hachette in 1996, and in December 1998 the merged Orion/Cassell group turned Gollancz into its science fiction/fantasy imprint.

Hachette Books, formerly Hyperion Books, is a general-interest book imprint division of the Hachette established in 1990. Hachette publishes general-interest fiction and non-fiction books for adults. A former subsidiary of The Walt Disney Company, it was originally named after Hyperion Avenue, the location of Walt Disney Studios prior to 1939.

Hachette Book Group (HBG) is a publishing company owned by Hachette Livre, the largest publishing company in France, and the third largest trade and educational publisher in the world. Hachette Livre is a wholly owned subsidiary of Lagardère Group. HBG was formed when Hachette Livre purchased the Time Warner Book Group from Time Warner on March 31, 2006. Its headquarters are located at 1290 Avenue of the Americas, Midtown Manhattan, New York City. Hachette is considered one of the big-six publishing companies, along with Holtzbrinck/Macmillan, Penguin Random House, HarperCollins, Scholastic, and Simon & Schuster. In one year, HBG publishes approximately 1400+ adult books, 300 books for young readers, and 450 audio book titles. In 2016, the company had 214 books on the New York Times bestseller list, 44 of which reached #1.

Patricia McCormick is an American journalist and writer of realistic fiction for young adults. She has twice been a finalist for the National Book Award.

Phoenix Press may refer to:

Malala's Magic Pencil is a 2017 picture book authored by Malala Yousafzai and illustrated by Kerascoët. The book was published by Little, Brown and Company in the U.S., and Puffin Books in the U.K., with Farrin Jacobs as editor. It shows Yousafzai growing up in Swat, Pakistan, and wishing for a magic pencil to solve her problems; she learns that she is able to make change, such as advancing rights to female education, without one. The book has received very positive reviews, praising both Yousafzai's writing and Kerascoët's illustrations. The book appears on several lists of best children's books of 2017. 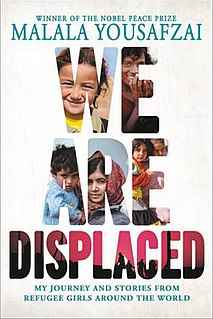 We Are Displaced: My Journey and Stories from Refugee Girls Around the World is a 2019 book by Malala Yousafzai. The book was published by Little, Brown and Company in the US and Weidenfeld & Nicolson in the UK. The book follows Yousafzai's own experience being displaced in Pakistan and later forced to move to England, and tells stories from nine other displaced people around the world. The book received positive critical reception and reached the top 10 in The New York Times' bestseller list under the "Young Adult Hardcover" section.