Last updated January 29, 2023
Lifestyle magazine
This article is about the magazine. It is not to be confused with the academic journals, Women's Health Issues (journal), or Journal of Women's Health.

Women's Health (WH), published by Hearst, is a lifestyle magazine centered on health, sex, nutrition, and fitness. It is published ten times a year in the United States and has a circulation of 1.5 million readers. The magazine has 13 international editions, circulates in over 25 countries, and reaches over 8 million readers globally. Before its acquisition by Hearst, it was founded by Rodale, Inc. in Emmaus, Pennsylvania. [2]

Women's Health is published in 14 countries: United States, Argentina, Australia, Brazil, Latin America, China, Germany, Indonesia, Malaysia, New Zealand, Philippines, Thailand, and Turkey. [10] The German edition of the magazine was launched in April 2011. [11] A South African version was launched alongside its own Men's Health magazine, which was issued a license for publication by Media24, with distribution by Magzter. [12]

The editors at Women’s Health have worked together to produce DVDs marketed to aid in weight loss, toning, and physical conditioning. Some of their DVDs include Look, Better Naked, Ultimate Abs Workout, The Tone-up Workout, The Wedding Workout, and Train for Your Body Type.

In conjunction with DVDs, the Women's Health editors have also published health and fitness books. Titles include The Women’s Health Diet, The Big Book of Exercises, The Big Book of Abs, Look Better Naked, and Six Weeks to Skinny Jeans. [16]

Founding editor-in-chief, Kristina Johnson, guided Women’s Health from its inception in 2003 until her departure in 2008. In January 2009, Michele Promalayko took over the title. She was succeeded in 2014 by Amy Keller Laird, who had been the Executive Editor of the magazine. On January 9, 2018, Hearst announced that Liz Plosser would be taking over the role. [19] 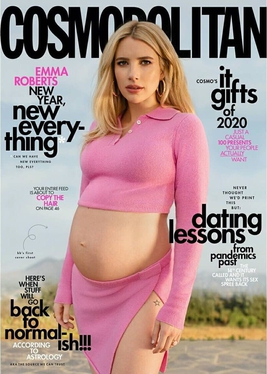 Cosmopolitan is an American monthly fashion and entertainment magazine for women, first published based in New York City in March 1886 as a family magazine; it was later transformed into a literary magazine and, since 1965, has become a women's magazine. Cosmopolitan is one of the best-selling magazines and is directed mainly towards a female audience. Jessica Pels is the magazine's current editor-in-chief. 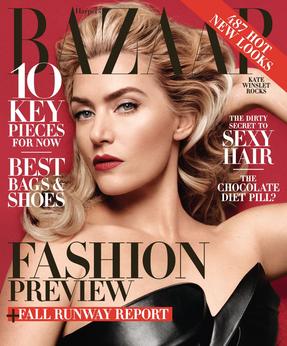 Harper's Bazaar is an American monthly women's fashion magazine. It was first published in New York City on November 2, 1867, as the weekly Harper's Bazar. Harper's Bazaar is published by Hearst and considers itself to be the style resource for "women who are the first to buy the best, from casual to couture". Since its debut in 1867, as the U.S.'s first fashion magazine, its pages have been home to talent such as the founding editor, author and translator Mary Louise Booth, as well as numerous fashion editors, photographers, illustrators and writers. 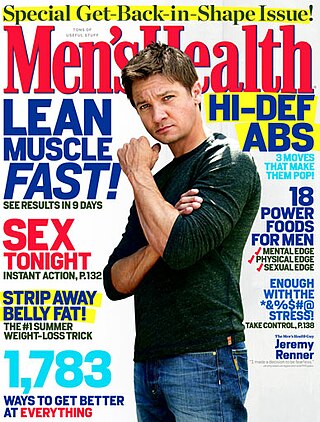 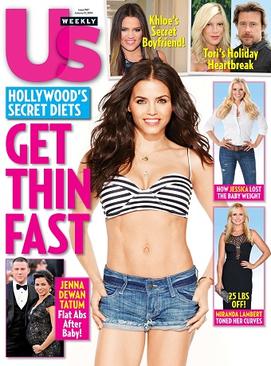 Us Weekly is a weekly celebrity and entertainment magazine based in New York City. Us Weekly was founded in 1977 by The New York Times Company, who sold it in 1980. It was acquired by Wenner Media in 1986, and sold to American Media Inc. in 2017. Shortly afterward, former editor James Heidenry stepped down, and was replaced by Jennifer Peros. The chief content officer of American Media, Dylan Howard, oversees the publication.

Rodale, Inc., was an American publisher of health and wellness magazines, books, and digital properties headquartered in Emmaus, Pennsylvania, with a satellite office in New York City. The company was founded in 1930. In 2017, it was acquired by New York City-based Hearst Communications, a media conglomerate. 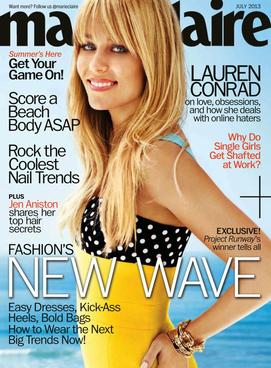 Marie Claire is a French international monthly magazine first published in France in 1937, followed by the United Kingdom in 1941. Since then various editions are published in many countries and languages. The feature editions focus on women around the world and global issues. Marie Claire magazine also covers health, beauty, fashion, politics, finance, and career topics. 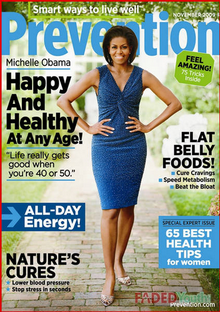 David Zinczenko is an American publisher, author and businessman. Previously, he was the executive vice president and general manager of Men's Health, Women's Health, Prevention and Rodale Books, the editorial director of Men's Fitness and the nutrition and wellness editor at ABC News.

InStyle was an American monthly women's fashion magazine founded in 1994. It was published in the United States by Dotdash Meredith. In February 2022, it was announced that InStyle would cease print publications and move to a digital-only format.

Lou Schuler is a fitness journalist and author or coauthor of several books on men's health and exercise. In 2004 he won a National Magazine Award for Death by Exercise.

Self is an American online magazine for women that specializes in health, beauty, and style. Part of Condé Nast, its print edition had a circulation of 1,515,880 and a total audience of 5,282,000 readers, according to its corporate media kit in 2013.Self is based in the Condé Nast U.S. headquarters at 1 World Trade Center in New York, NY. In February 2017 the magazine became an online publication.

Summit Publishing Co., Inc., trading as Summit Media, is a Filipino digital lifestyle network in the Philippines. It has 15 media brands attracting around 20 million monthly unique visitors and approximately 33 million social media followers. It began as a consumer magazine publisher in June 1995, with Preview as its first magazine title. It turned into a publication conglomerate which published several lifestyle magazines titles, including Candy for young Filipino girls and Yes!, a Philippine entertainment magazine.

Best Life, published by Rodale, Inc. in Emmaus, Pennsylvania, was a luxury service magazine for men with a circulation of more than 500,000. The magazine was in circulation between 2004 and May 2009. 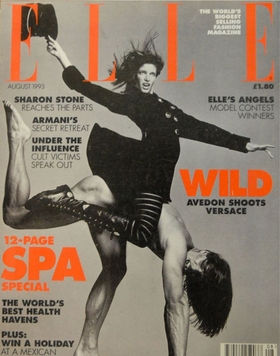 Elle is a worldwide women's magazine of French origin that offers a mix of fashion and beauty content, together with culture, society and lifestyle. The title means "she" or "her" in French. Elle is considered the world's largest fashion magazine, with 45 editions around the world and 46 local websites. It now counts 21 million readers and 100 million unique visitors per month, with an audience of mostly women. It was founded in Paris in 1945 by Hélène Gordon-Lazareff and her husband, the writer Pierre Lazareff. The magazine's readership has continuously grown since its founding, increasing to 800,000 across France by the 1960s. Elle editions have since multiplied, creating a global network of publications and readers. Elle's Japanese publication was launched in 1969, beginning an international expansion. Its first issues in English were launched in 1985. 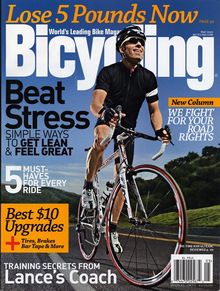 Bicycling is a cycling magazine published by Hearst in Easton, Pennsylvania.

Men's Fitness (UK) is a monthly men's magazine specialising in health and fitness and published by Kelsey Media in the UK and Ireland. It was started in 2001.

Matt Bean is an American journalist. He currently serves as editor-in-chief of Sunset.