The Luynes aqueduct is a former Gallo-Roman bridge aqueduct located in Luynes, France.

The remains show a stack of five arches and it is the most famous Roman monument in the Department of Indre-et-Loire, despite its modest dimensions. It is also one of the best preserved of the Northern aqueducts. It was classified a historical monument in 1862 and is owned by the town of Luynes.

It originally had a total length of 1,825 metres (5,988 ft), almost in a straight line, including 525 metres (1,722 ft) of raised causeway. Its underground portion, and in particular its final journey, passes the hamlet of Villeronde. [1] [2] Only a portion of the aqueduct-bridge is now visible as it passes through the "Valley of the Arennes". [3]

The actual channel for the water is masonry and not a lead or terracotta piping and has a slope of 1.5 cm to 2.9 m per kilometre. The maximum height of the arches of the aqueduct is 8.90 m.

The remains of the aqueduct-bridge are located 1.5 km northeast of the centre of Luynes, in Indre-et-Loire. It has a general orientation of north-northeast to south-southwest, taking water from the now dry Pie Noire (or Pinnoire), [4] and is believed to have supplied water to ancient Luynes, [5] or even Caesarodunum. [6]

It has been conjectured, however, that the aqueduct was privately owned and serviced the complex of private villas at Sainte-Roselle. [7] [8] Its construction has not yet been dated with certainty; the construction style would indicate the 2nd or 3rd century, like the resort that it fed.

It remained in use until the 12th or 13th century and has been the subject of several repair campaigns, especially at the beginning of the 10th century, under Charles the Simple, [9] which is why it has survived so well, even if number of stones of its collapsed batteries had to be recovered and used. This suggests that its use has changed throughout this period, despite the abandonment of the seaside resort of Sainte-Roselle. 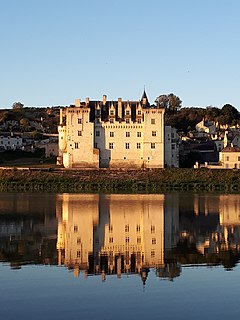 The Château de Montsoreau is a Renaissance style castle in the Loire Valley, directly built in the Loire riverbed. It is located in the small market town of Montsoreau, in the Maine-et-Loire département of France, close to Saumur, Chinon, Fontevraud-L'abbaye and Candes-Saint-Martin. The Château de Montsoreau has an exceptional position at the confluence of two rivers, the Loire and the Vienne, and at the meeting point of three historic regions: Anjou, Poitou and Touraine. It is the only château of the Loire Valley to have been built directly in the Loire riverbed. 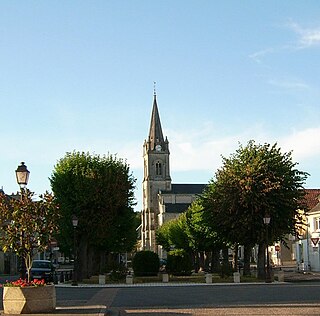 Yzeures-sur-Creuse is a commune in the Indre-et-Loire department in central France.

Luynes is a commune in the Indre-et-Loire department in central France.

The Viromandui or Veromandui were a Belgic tribe of the La Tène and Roman periods, dwelling in the modern Vermandois region (Picardy).

Le Tholonet is a commune in the Bouches-du-Rhône department in southern France. Its inhabitants are called Tholonétiens. 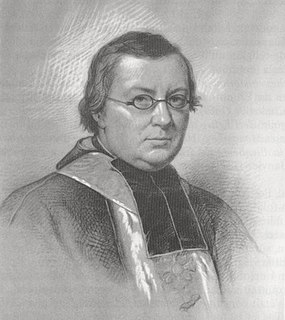 Jean-Jacques Bourassé was a French Roman Catholic priest, archaeologist and historian. He made his preparatory studies for the priesthood in Paris. In 1835, he taught the natural sciences at the preparatory seminary of Tours, where he began a course of archaeology that soon attracted attention. The results achieved by him in a comparatively new field of research were such as to entitle him to be considered a veritable pioneer in France of the science of Christian archaeology. In 1884 he became professor at the grand séminaire and held the chair of dogmatic theology there for six years. He then discontinued teaching in order to devote himself entirely to the preparation of his various archæological works. Among the productions published by him the best known are: Archéologie Chrétienne (1841); Les Cathédrales de France (1843); Les plus belles églises du monde (1857); Recherches historiques et archéologiques sur les églises romaines en Touraine (1869). 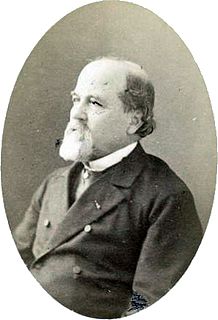 Chambourg-sur-Indre is a French commune the department of Indre-et-Loire in the region of Centre-Val de Loire.

Augusta Viromanduorum is an ancient Gallo-Roman settlement, corresponding to the modern city of Saint-Quentin.

Pascale Ballet is a French Egyptologist, and a Professor of Art History and Archaeology of Antiquity at the University of Poitiers. The subject of her thesis obtained in June 1980 under the leadership of Jean Leclant was on terracotta figurines from Egypt and the Mediterranean in the Hellenistic and Roman times, in which she is an expert.

The Roman-Gaul Baths of Entrammes is a group of Gallo-Roman thermal baths in Entrammes, Mayenne, France. It was discovered in 1987. Roger Agache was a French archaeologist. He was among the first to take part in aerial archaeology in France, and helped to develop a methodology for aerial prospecting.

The Tours amphitheater is a Roman amphitheatre located in the historic city center of Tours, France, immediately behind the well known Tours cathedral. It was built in the 1st century when the city was called Caesarodunum. It was built atop a small hill on the outskirts of the ancient urban area, making it safe from floods, convenient for crowds and visitors, and demonstrating the power of the city from a distance. The structure was an enormous, elliptical structure approximately 122 meters by 94 meters. According to its design it is classified as a "primitive" amphitheatre. Unlike the famous Colosseum that was made mostly of masonry and built above-ground, the Tours amphitheatre was made mostly of earth and created by moving soil and rock into a bowl shape. Spectators likely sat directly on the grassy slopes, while the masonry was primarily used for the vomitoria and retaining walls.

Claude Rolley was a French archaeologist, emeritus at the University of Burgundy, writer on art, archaeology of Greece and Gaule.

Michel Christol is a French historian, specialist of ancient Rome, and particularly epigraphy.

The "Temple of Janus" is a Romano-Celtic religious structure located in Autun, Saône-et-Loire, France, to the North-West of the ancient city of Augustodunum.

Naïdé Ferchiou was a Tunisian archaeologist whose work dealt mainly with Roman North Africa. She excavated at several important sites, including Abthugni.

Françoise Babou de la Bourdaisière (1542-1592), was a French noble. She was the mistress to Henry III of France. She was married to Antoine d'Estrées and the mother of Gabrielle d'Estrées and François Annibal d'Estrées. She is a subject of the writings by Brantome.

Charles de Grandmaison was a French archivist and historian.