Aria, Ciaccona & Vivace is a 2019 composition by Krzysztof Penderecki, which was compiled and adapted for piano by Venezuelan-German composer Sef Albertz. [1] [2] This work represents the only solo piano music in the catalog of the renowned Polish composer. [3] It was one of the last works of Penderecki, composed before his death, just over a year after its premiere in March 2019.

Aria, Ciaccona & Vivace takes approximately 15 minutes to perform. [3] [4] The single pieces were originally written for orchestra and in the piano version they are placed in a new dramaturgical context. [1]

German pianist Anna-Maria Maak gave the world premiere performance on March 22, 2019, during the ‘Town Hall Concert Serie’ (Rathauskonzerte) in Torgau (Germany). [1] [2] [3] [4] It represented the last world premiere in the lifetime of the renowned composer. [7] [8]

On March 26, 2019, Georg Frackowiak, music critic of the newspaper Torgauer Zeitung wrote about the premiere of the work: "Composition, arrangement and performance were equally convincing, with the pianistic ability of the interpreter arousing total admiration...". [1]

Pianist Anna-Maria Maak has also performed the world premiere recording of Aria, Ciaccona & Vivace, which can be found on her 2021 Album 'In the Secret of the World' alongside world premieres of original compositions by Sef Albertz. [9] [10] [8] [11] [12] [13]

Motion Trio is a Polish accordion trio founded in 1996 by Janusz Wojtarowicz.

The Honens International Piano Competition is a classical piano competition held in Calgary, Canada that awards one of the world’s most prestigious prizes in piano. 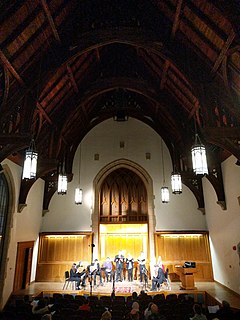 Mitología de las Aguas, or Mythology of the waters, is a composition for flute and guitar by the Cuban composer Leo Brouwer, written in 2009 for the German-Venezuelan guitarist and composer Sef Albertz. 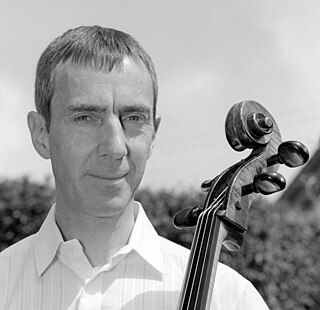 Maria Belooussova is a Russian pianist. She lived and worked in Paris. 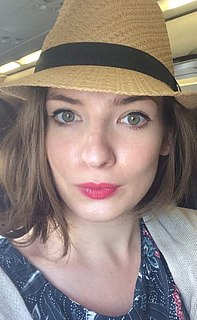 Maria Sławek is a Polish classical violinist, performing internationally and teaching at the Academy of Music in Kraków. Her repertoire ranges from J.S. Bach to contemporary composers.