Three Miniatures for Clarinet and Piano

Three Miniatures for Clarinet and Piano is an early work by Polish composer Krzysztof Penderecki. It was finished in 1956, [1] but was premiered four years later.

The Three Miniatures were composed when Penderecki was only 23 and still a music student. They were dedicated to Władysław Kosieradzki, who was the clarinet professor at the Academy of Music in Kraków, [2] and were premiered by the dedicatée at the clarinet and Zbigniew Jeżewski at the piano in the 1958 Polish Composers' Union concert, which took place in November 17. [3] The score was published afterwards by the Polish Music Publishing House and Belwin-Mills.

This composition consists of three short miniatures which take 1 to 1:30 minutes each to perform. The general mood and style of the work differs from the following works and shows no signs of Penderecki's later radicalism, [4] in the sense that these miniatures are not focused on the sonority of the instruments to generate atmospheres, probably influenced by Béla Bartók. [5] The miniatures were titled as follows: [6]

The two outer movements of this composition are active and fast, while the middle one is slower and more meditative.

The Miniatures were negatively received by critics. [3] Vincent McDermott, from The Musical Quarterly, described the whole set of miniatures as "dull". [7] However, the miniatures were some of the few early compositions accepted for publication. [4]

A sextet is a formation containing exactly six members. The former term is commonly associated with vocal ensembles or musical instrument groups, but can be applied to any situation where six similar or related objects are considered a single unit.

Felix Mendelssohn's Sextet in D major, Op. 110, MWV Q 16, for piano, violin, two violas, cello, and double bass was composed in April–May 1824, when Mendelssohn was only 15, the same time he was working on a comic opera Die Hochzeit des Camacho. Its composition took place between the Viola Sonata and the Piano Quartet No. 3. It also preceded the famous Octet, Op. 20 by about a year. 1824 is also the probable year of the composition of the Clarinet Sonata. Like the latter, the Sextet was not published during the composer's lifetime. Its first edition was issued in 1868 as a part of a complete collection of Mendelssohn's works. Hence the misleading high opus number. 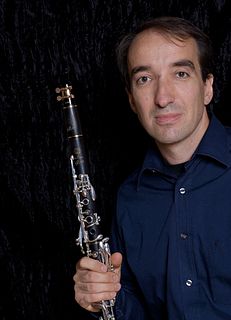